When we were Kings IV 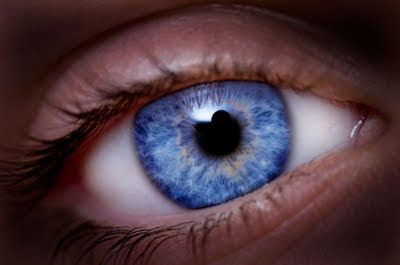 Last time on When we were Kings we left Spassky in game fourteen of the 1977/78 Candidates Final with Korchnoi about to up the weirdness ante in a match that had already seen a voodoo blunder and Boris himself refusing to come to the board.

What happened? Ray Keene takes up the story:-

“Spassky now caused an uproar in the audience by appearing on the stage wearing, for the first time, a large bright silver-white sun visor. Korchnoi reacted by demanding the curtains be drawn across the stage, thus screening the players from the audience which had been thrown into tumult by Spassky’s behaviour.”

Of all the bizarre things that occurred in Belgrade, surely the strangest was Spassky’s decision to don eyeshades for the last third of the match. That’s ‘eyeshades’ plural because he wore three different kinds during games fourteen to eighteen, the sun visor not the most outlandish amongst them. I’d be very happy to be corrected on this point but I’m willing to bet that Boris Spassky is the only person ever to have played a competitive game of chess wearing swimming goggles. Yes, swimming goggles - a “pair of skin-diver’s aquatic goggles” to be precise!

In searching for the motivation for Spassky's unorthodox (to say the least) behaviour we will once again investigate the usual suspects - aid to concentration? cynical ploy? – but as last time we will find these explanations lacking. Sherlock Holmes would say that once you've eliminated everything else what remains, however improbable, must be the solution to the riddle. That may be so but, as we shall see, with the Candidates Final of 1977/78 what remains appears to be very improbable indeed.


The most straightforward answer to questions of what Spassky was up to is the argument that there is in fact no mystery to solve. It is known, after all, that Boris had not found the theatre’s lighting to his taste and had earlier asked for the chess pieces to be replaced after finding the originals to be “too shiny”. In these circumstances perhaps the use of eyeshades can be seen as a logical outcome and not something unexpected or unusual?

I struggle, nevertheless, to find the “bright light” thesis credible. For a start, by game fourteen Spassky was analysing from the demonstration board so the chess set in use, “shiny” or otherwise, couldn't really have caused the need for eyeshades of any sort. There's also the obvious point that even if for the sake of argument we accept there was a need for Spassky to shield his eyes, the application of swimwear is hardly a proportional response to dazzle related nuisance. I can see how somebody might come to wear a sun visor after experiencing problems with lighting but swimming goggles? Surely after weighing up the pros and cons of that solution any reasonable person would conclude that on balance putting up with the glare was a preferable alternative to making oneself look a bit of a tit in public.

No, I'm afraid on the available evidence the idea that Spassky took to wearing the sun visor and swimming goggles to help himself concentrate really won't do. On the other hand, the suggestion that Boris's water repelling specs were simply an attempt to put Korchnoi off doesn't seem too plausible either. Even David Levy, connected to Viktor’s camp via his association with Keene, acknowledged that prior to the match Spassky was thought to be “one of the greatest gentlemen in international chess” so it’s not as if Boris had form as a practitioner of the dark arts. What’s more, even the most unsympathetic reading of the match reports show that Spassky was himself genuinely troubled in Belgrade.

According to Raymondo, towards the end of the match Spassky came to believe that Chief Arbiter Bozidar Kazic was “continually staring” at him and had caused his defeat in game seventeen. The accusation might seem laughable, reminiscent of Constable Savage arresting a man for 'looking at me in a funny way' even, but it’s clear that Boris was deadly serious. Spassky apparently repeated his protest against Kazic after game eighteen was adjourned and immediately after the match ended. He felt that Kazic “did not observe the indispensable attitude of neutrality” and that he [Spassky] “realised during the eighteenth game that I was in the presence of dishonest people….” 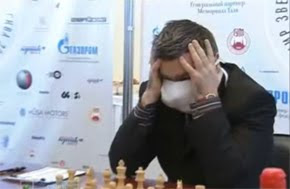 a good try from Vassily but, like much else in chess,
bizarre headgear was better in the seventies
photo from chess vibes

A reasonable observer might think that a man playing chess wearing a sun visor and swimming goggles should expect to be looked at but could cause and effect be the other way around? Is it possible that Boris wore his various eyeshades because he believed that somebody was looking at him?

It sounds too ridiculous to consider and yet see how Korchnoi describes Spassky’s behaviour at the end of the match:-

“In personal conversations he accused everyone, in particular me and Kazic, that he had been hypnotised and prevented from thinking, and he quickly left Belgrade.”

and goes on to describe a conversation they had a decade later. Spassky, he says, asked him,

“Do you remember, Viktor, how I accused Kazic of disturbing me, and how he once prevented me from placing my knight on f5?”

and then stated that the hypnotist wasn’t Kazic after all but his second, Igor Bondarevsky.

If Spassky thought he was being hypnotised could it be that he wore the sun visor and swimming goggles in an attempt to deflect hypnotic rays or other forms of paranormal activity? It sounds far-fetched I know but while such theories are by nature hard to disprove, this hypothesis does at least seem to be rather more consistent than any other explanation.

It’s a great shame that Boris hasn’t given his own account of the Belgrade shenanigans, or if he has I’ve yet to come across it. I’d love to hear his side of the story though. Perhaps one day somebody will ask him and we’ll find out what he was really up to. Given everything else that was going on during those few short weeks in Belgrade, nothing he said would surprise me, absolutely nothing at all.

Spassky had the chess set replaced for game eleven. Kazic agreed to Korchnoi’s request for the original pieces to return for game twelve onwards precisely because Spassky wasn’t intending to actually look at the board.
- appeal decision from Bozidar Kazic published prior to game twelve (reproduced in Chess Crisis).

'... the logical outcome of an earlier problem?'
Chess cited Australian Cecil Purdy as a precedent for chess players using sun visors to deal with excessive lighting

'... simply an attempt to put Korchnoi off ....'
Many contemporary accounts of Belgrade 1977/78 appear to assume gamesmanship was the motivation. E.g. Chess (vol 43 #785/786 - January 1978) cite German magazine Stern describing the goggles as Spassky's “latest distraction-manoeuvre” while in the BCM (vol 98 #3 -March 1978) Ray Keene observes the Belgrade spectators’ noisily incredulous reaction to Spassky’s various eyeshades and concludes that this was exactly what Spassky had hoped to provoke (the din, not the astonishment).

‘Even David Levy ... acknowledged that prior to the match Spassky was thought to be ….’
David Levy writing in the Spectator magazine – article reproduced in BCM, vol 98 #3 (March 1978)

‘... towards the end of the match Spassky came to believe....’
RDK, Chess Crisis

‘... immediately after the match ended.’
interview with the French News Agency cited in Chess Crisis

‘He felt that Kazic ….’
interview with French News Agency

‘... Korchnoi describes Spassky’s behaviour at the end of the match ….’
Viktor Korchnoi, Chess is my life, Olms: Zurich 2005
www.edition-olms.com

‘“Do you remember, Viktor ….”’
Viktor Korchnoi, Chess is my life

‘It’s a great shame that Boris hasn’t given his own account ….’
- as Angus pointed out in the comments box last time.

People like to give the wink/wink nudge/nudge when discussing Korchnoi's paranormal fixations. I for one am a firm believer in "influence" at the chessboard, having experienced it myself numerous times. I won't bore y'all with details because I wouldn't expect anyone but me to be convinced by my experiences. Suffice to say that *I* am convinced. On the other hand, I am pretty sure these influences cannot be directly controlled by *most* people (I have played against only one such, to my knowledge).

On the other other hand, that wouldn't have stopped the Soviet apparatus from *trying*, as surely both Korchnoi and Spassky would know. My own impression of the match back then was that Korchnoi saw ghosts everywhere, and Spassky made a cynical attempt to exploit that. The later Bondarevsky comment was just a joke at Korchnoi's expense. If Spassky's second wanted to sabotage the match, there were lots more effective means than trying to block Nf5 by hypnosis. Anyway, I thought the Soviets wanted Spassky to win!

I certainly feel that whether a person 'believes' or not and the impact of that belief upon them are much more interesting subjects than debating "truth" in some abstract sense.

Very interested to hear of your memories of the match when it was played - especially since I wasn't interested in chess at the time (and wouldn't have appreciated or understood what was going on anyway) so I have no contemporary memories of my own.

The Bondarevsky thing was a joke? Maybe of course - although clearly Korchnoi believed it to be the truth. Still, that's the problem when you have only one source to go on. K may think it the truth by Spassky might have been joking all along - or just trying to be plain antagonistic.

Nice to hear from you again.

Hello there. Actually I didn't intend to stop by the other day, rather I just clicked on a random bookmark to tickle the wireless. But as usual your blog is just too interesting and the random click cost me a couple hours of sleep. And here I am again!

At this point I don't know anymore what to make of the Spassky anecdote. Would Kazic have been helping Spassky?

I certainly feel that whether a person 'believes' or not and the impact of that belief upon them are much more interesting subjects than debating "truth" in some abstract sense.
With this I could only agree in the case that the supposed phenomena are not real. If however the phenomena are based in fact, and at least one person is made aware of that truth, then the set of interesting subjects is rather different.

As I said, I think influence exists but not in a directly controllable way. Maybe someone *was* trying to hypnotize Korchnoi, but would Spassky really agree to be a medium during a high-stakes match? Sounds very low-percentage on the anti-Korchnoi benefit side, and on the other side it would be bound to worsen Spassky's play, probably to sub-patzer and beyond. So for me the big knock against Korchnoi is that his explanations don't add up. Just because someone is trying to get you doesn't mean you are not paranoid.