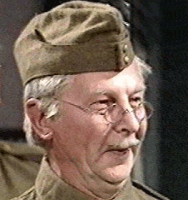 Pawns disappearing?
Queen gone? About to be mated?
Don't Panic

Just the two rounds to go now and despite having just about as tough a tournament as you could imagine David Howell still leads the British on 7.5/9. Simon Williams sits just behind him on 7/9 with Conquest, Hebden, Rendle an Wells on 6.5.

Of the three S&BC blog favourites, Williams is clearly having the best run. I'm afraid Keith Arkell lost again and is on 5 points. Better news for Jack Rudd though who since his perfectly rotten start has now won four of his last five games and reached 5.5 overall.

Moving on to the chess itself, Gawain Jones' recent adventures have caught my eye. 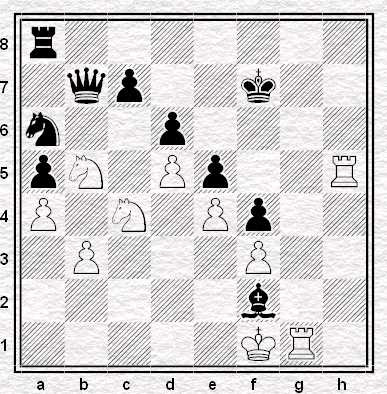 Here he's just taken a bishop on f2, presumably expecting White to take back with his king. Instead Palliser went for

But Jonesy didn't throw in the towel at that point and nor did he quit when a third pawn went south on move 46 or even when a fourth disappeared on move 63. Plugging away like a Japanese soldier refusing to give up World War Two until deep into 1974, Jones eventually conceded the game on move 74 - a mere two pawns and a knight down.

Well that was Tuesday. Yesterday found Jones playing White against the S&BC's own Simon Williams. After 14 moves he'd reached this position, 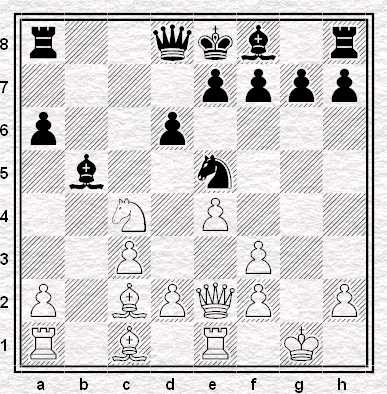 EJH suggests Jones may have overlooked that after 16. Ba4+ Black can bring the bishop back to b5. Who knows? One thing I think we can agree on, though, is that White probably doesn't quite have enough compensation for his queen. Still, he struggled on for another 30-odd moves before raising the white flag. 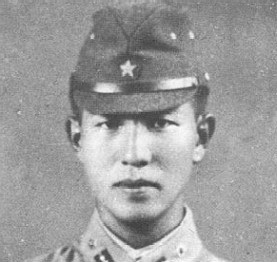 Not coincidentally I'm sure, a thread discussing resignation etiquette has sprung up on the EC Forum. It's reached three pages already although to me it's a simple issue. The point at which it becomes correct to resign a game is when you want to resign.

Certainly I've always felt that making it clear that you expect your opponent to give up, or agree a draw for that matter, is much more of a crime than playing on unnecessarily, and not just because you can end up looking an utter twat if the result turns out not to be as obvious as it might have appeared to be.

Might it not be the case that the best thing to do is just get on with playing the game and forget about what our opponent 'should' or 'should not' do?

If we go back to the diagram that started this whole riff off we can see that if White hadn't wanted to play another thirty moves he could have finished things there and then. No need to ask Black to resign - White's got a mate.
Posted by Jonathan B at 7:34 am

If one wants to force resignation from the diagram, this would be an appropriately sadistic line ...