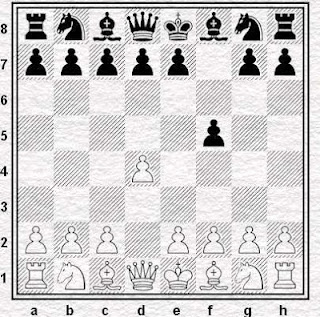 If you play the Dutch you have to accept the element of risk. Some years ago I heard a young player moaning to British GM Jonathan Mestel that he had played the risky Sicilian Dragon and been wiped off the board. Mestel, himself a Dragon aficionado replied calmly ‘think of all the draws you have avoided by playing the Dragon’
Neil McDonald, Starting Out: The Dutch Defence (Everyman Chess 2004)

I've been playing 1 ... f5 as my answer to queen's pawn openings for about four-and-a-half years now, but never has Neil McDonald's warning to prospective Dutch Defenders meant more to me than it did in Penarth. In South Wales I had a complete crisis of faith. What the hell was I doing playing such trash? 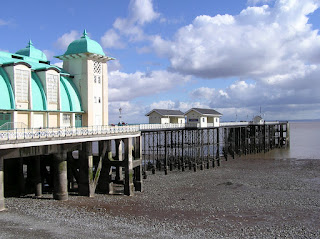 A fine place to jettison chess books on ropey openings 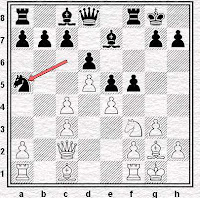 It all started well enough. Little more than ten minutes after the start of the first round I was playing 11 ... Na5 and reaching a position from which I had previously scored +2 =0 -0. I won it in Penarth too, although certainly not because of the opening (some time in the future we shall be debating whether or not I was lucky) but, still, a point is a point and it's always pleasant to kick-off a tournament on familiar ground.

In the middle rounds, though, the wheels came well and truly off. I've faced 1 d4 e6, 2 Nf3 f5 dozens of times so I was happy enough when Jeremy Menadue played it against me on Tuesday afternoon. And yet just six (yes six, that's not a typo) moves later, White was ready to throw the knock-out punch. 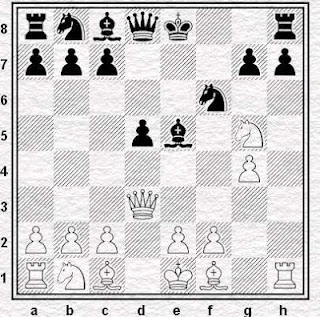 I was only marginally less incompetent two games later when I 'achieved' this position against Tom Brown after 16 moves. 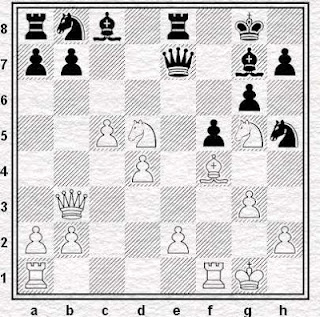 Black to play and lose

Time to go back to the Queen's Gambit Declined where I belong?

I'd lost with the Dutch before, of course, any number of times. To be so quickly and comprehensively clattered in back-to-back games, however? That sort of thing is enough to make you want to stop playing even your most favourite opening. In fact, I did pack it in. Not for long. Just for one night. Just for long enough to remember that McDonald quote, in fact.

Sixty Memorable Annotations Index
Posted by Jonathan B at 8:00 am

A problem with the Dutch is that all sorts of strange stuff by White is actually quite reasonable. Couple that with a tournament where players have a chance to prepare for their opponents, then a player committed to the Dutch is likely to face any number of obscure anti-Dutch ideas.

Yes I think that's true enough Anony, although at the same time I'm not sure that - theoretically speaking - any of the sidelines are much to be scared of.

I think the point is that - regardless of whites specific choice of opening - if you play something like the Dutch you will be wiped out every now and then. It's something you just have to accept as the price you pay for the games you win that otherwise would have been draws.

Jonathan, I have to say that your position v Tom Brown is one of the worst (late) opening positions that I have ever seen!

It is rather hard to think how it could be worse, isn't it?