Some tourists go too far 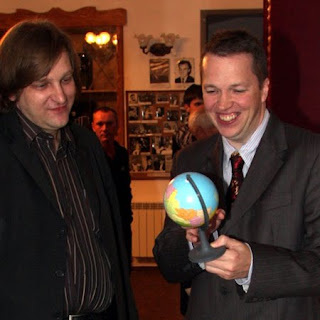 For sex tourism, there are far better places to go, or so a friend of mine who knows about these things tells me

The following email was sent to New in Chess on 27 July. It does not appear in the latest issue, 2010#6.

Nigel Short has never been celebrated for his attitude to women - or other people in general - but his comments in NiC 2010#5 were low even by his standards. Sex tourism is a grotesque, exploitative business which is humiliating for the women who find themselves driven to work in it, when indeed they have a choice, and shameful for those who take advantage of it. It is not something that should be encouraged or laughed about, still less discussed in terms of whether there are "far better places to go".

Nothing is entirely off limits for humour, but is it really necessary to be so offensively lacking in empathy for one's fellow human creatures and the plight in which they find themselves? Not everything in the world is placed there so that Nigel Short can snigger about it - and if he is unable to restrain himself from doing so, do the editors at New In Chess not possess the ability to edit it out?

[Recently on Short: this and this. Also related.]

[Nigel Short index]
[Photo: Chessvibes]
Posted by ejh at 7:55 am

Worth posting a similar letter to Nigel's Chessgames page?