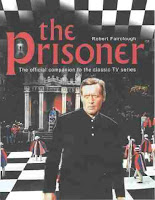 Did you ever watch The Prisoner? Initially broadcast in the 1960s, I first saw this fine, if rather mystifying, programme when it was repeated some time in the late '80s. How incomprehensible was it? Suffice to say that it was a couple of months before anybody noticed that the episodes were being shown in the wrong order.

I mention this because all my posts seem to be coming out all higgledy-piggledy just now. Multiple double bank holiday weekends have already put a spanner in the works of what was supposed to be a trilogy of Anti Chess posts and now here I am jiggering about with TISE.

Today's post was originally planned as TISE VII, but I've moved it forward to today because I'm standing in for T.C. and I thought he would appreciate a game which features no fewer than five exchange sacrifices. I say five, although Browne-Timman from the 1980 Wijk aan Zee tournament only actually saw two. There were three near misses, though. Three exchange sacs that could have happened, but didn't quite appear on the board. Curiously, or perhaps I should say interestingly, despite four of these five examples being opportunities for Black, it was White who took his chance first and it was also White who went on to win the game.

I suppose the moral of this story is pretty clear: (a)if you want to win games of chess sacrifice the exchange as soon a possible; and (b) if you want to make TV programmes (or write chess blogs) don't worry about running order. You can always jiggle things around a bit and hope that your audience won't mind too much.


So, Browne-Timman, 1980. The game started off in fairly standard fashion, 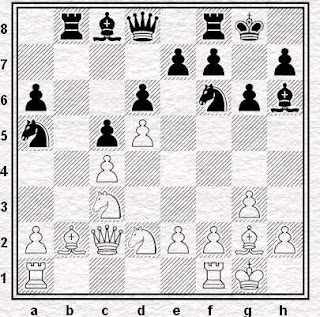 A year later at Tilburg, Timman found himself playing the White side of this position against a young Garry Kasparov and chose a different course at move 14. After 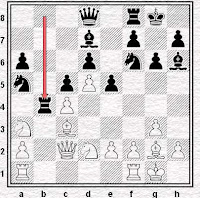 Apparently this is a well-known idea, and considered to be a fully viable, but Timman nevertheless went on to win the game. Anyhoo, back to his game with Walter Browne. 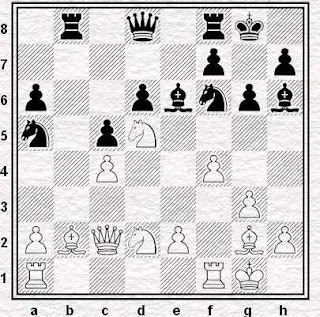 Still well within the realms of established theory even back when the game was played. Subsequently, 16 ... Rxb2 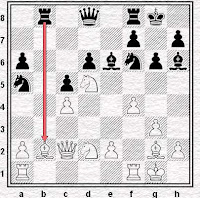 would become the main line. Indeed, Aagaard would later write,

"Practice has broken down the reliable possibilities here to include only this positional sacrifice." 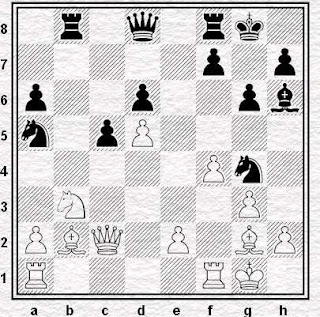 You probably don’t really want to be giving Black a chance to exchange a knight that’s stuck out on the edge of the board, but since 18 … Ne3 doesn’t work White seizes the opportunity to prevent any malarkey on b2. 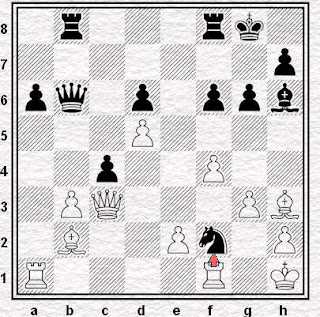 Black decides it's White's turn to decide whether or not to give up an exchange. Admittedly, it was a much easier choice for Browne at move 23 than it was for Timman at move 16.

"?" according to Bellin and Ponzetto (Mastering the King's Indian, Batsford 1990), who suggest 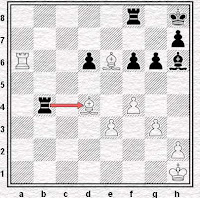 instead. The game concluded, 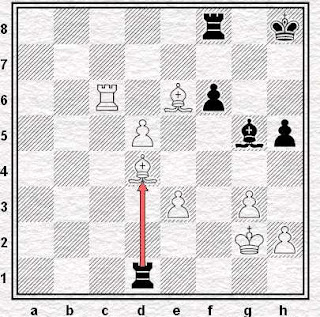 "Too late" - Bellin and Ponzetto.

What's the record for the number of exchange sacrifices or potential sacs in a single game, I wonder? Five's not a bad number to be going on with, I suppose ... and hopefully back in order from next week too.

Yes my only loss in the Herts League vs Paul Byway actually *required* me to play a positional sacrifice - and because I didn't - my position went from bad to worse.

In this line you can play e4 and sac the rook on f8 with a very dynamic position.

BTW a couple of things - do you know your facebook presence can be like: facebook.com/streathamchessclub once you get 25 fans?!

Also please feel free to embed any of my youtube videos in your posts - from youtube.com/kingscrusher

How true is that story about The Prisoner? I've seen different versions, but I've never actually seen anybody list the order in which the episodes were wrongly shown.

I remember it being reported in the press at the time. Whether that makes it true or not is another question I suppose.