Whatever happened to the King's Indian Attack? 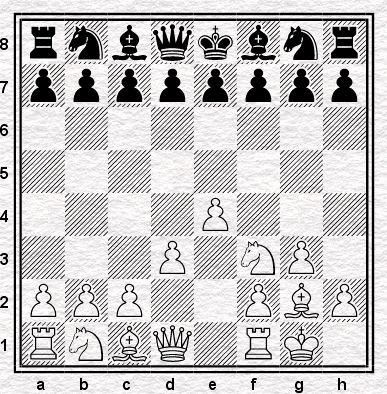 Petrosian-Pachman came up the other day. The opening was not what interested me at first - it was the combination at the end which jogged my memory - but looking up the game itself, I was surprised to see it was a King's Indian Attack. It's a while since I saw one of those.

I used to see quite a few of them, albeit only when I was playing for Newcastle at the turn of the millennium and our top board (whose name, unfortunately, I don't recall) liked to roll over his opponents with the Attack, opening with 1.e4 and playing it mostly against the French and Sicilian. Korchnoi, by contrast, delayed moving the e-pawn until as late as move ten in his 1968 Candidates' quarter-final against Reshevsky. His note to his eighth move (in Viktor Korchnoi's Best Games, Korchnoi, Philidor Press, 1978, p.185 - I've translated descriptive notation into algebraic) is vintage Korchnoi:


"Why prepare" - he evidently thought - "when there is the sound defensive scheme suggested by Lasker?"

Claws in, Viktor! He does however go on to explain what's wrong, in the specific position, with the sound defensive scheme suggested by Lasker:


White has refrained from playing c4, so he can choose between various plans, and in particular, prepare the advance e4. In this case the position of the black pawn at c6 will seem not altogether logical. 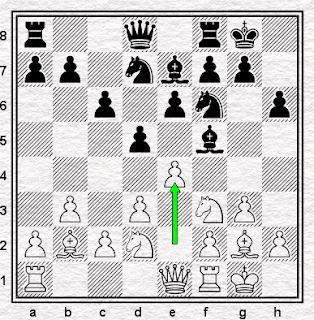 Viktor renders the c6 pawn not altogether logical
Very subtle. Fischer was more straightforward: like my erstwhile teammate, he played e4 on move one. (No, really, he did.) He actually played the King's Indian Attack in his very first US Championship game in 1957 and he still thought enough of it a decade on to roll it out against - amongst others - Ivkov in 1966, and both Panno and Hubner in 1970. Though quite likely the 1967 demolition of Miagmasuren is his best, and best-known, game with the line.


Perhaps he didn't choose to play it against the greatest players on the greatest of occasions, but there's some pretty good players, and some pretty important events, in that list. But none of these games date from 1970. After that, what?

It seems such a long time since I saw a top-level player try it out: in fact, as I'm not sure I even learned the moves until after all the games above had been played, it seems almost as if it pre-dates me completely. Since I started playing competitively, I can't honestly recall seeing it played over the board, my brief Newcastle interlude excepted. Nor can I recall any genuinely top-level player giving it a go. (Karpov actually played it a couple of times, but as a junior, in the Sixties.)

Occasionally it crops up in a repertoire book - how to meet the King's Indian Attack if you play the French, or the Sicilian, or the Caro-Kann, or sometimes the Attack via 1.Nf3 (in which instance Kaufman's 2004 book recommends lines with ...Bg4, a sound defensive scheme suggested by Capablanca). But the only time I can recall seeing the King's Indian Attack recommended for White, during my time at the chessboard, was - I think - in Leonard Barden's Guardian Chess Book. And as it happens, that book was old by the time I saw it. It was written in 1967.

Ray likes it of course, and my copy of Flank Openings (the fourth edition, issued in 1988) devotes almost a third of its pages to the Attack, though here we run into problems of definition, since Ray doesn't assume that e4 is necessarily played - and indeed omitted it when nearly beating Paul Keres at Dortmund in 1973, a game curiously given as lasting 100 moves in Flank Openings (p.144) but only 98 on Chessgames.

Must have expected a rather shorter draw against Ray
Ray gives a lot more examples of the greats playing the King's Indian Attack than this short piece is able to, but it's probably fair to say that at the level of world-title contenders, there's not much on view after, say, the death of Jimi Hendrix. 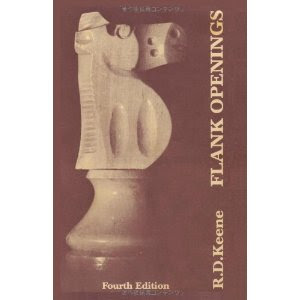 Are you experienced?
So, to sum up much as I summed up the first in this series: where did it go? Was it, if not refuted, rendered positively harmless? If so, how, and by whom? Has it maybe just had a long spell out of fashion? Or have grandmasters been happily playing it for the past forty years somewhere out of my limited sight?

As someone who has played KIA and related Closed Sicilian lines on and off for forty years, the basic problem is that like the Earth, it's mostly harmless. It can work against players below 2000, since you have a plan and they don't. Above that level, they will know one or more of the several decent defensive schemes, some of which date back to Flank Openings #1 and are even included there, if not highlighted.

Authors of repertoire sometimes recommend it for particular move orders, the latest being Gawain Jones as a possible line against e6 Sicilians. His suggestion is that you play Qe2 instead of Nbd2, the idea being that you can spice up the normal French KIA position with c4 at some moment.

About 7% of games started 1 Nf3, but usually transposed into something other than the KIA.

Fischer only used it where Black played e6 in the Sicilian.When d6 is played there are good defensive setups.
Similarly, against the French, Black should leave c5 free for a bishop, so move order is important.

Move order is important. Fischer only used the KIA against the Sicilian when Black had played e6 - good defensive setups are available with d6.
Similarly against the French, where Black should leave c5 free for a bishop, playing dXe4 then Bc5

Uhlmann may have helped reduce the popularity of the KIA Attack versus the French. One of his ideas was to go Qe8 after Qh5 (or Ng5 I forget). Then When Ng5 (or Qh5) you go h6 Nh3 f7-f5 and the pawn cannot be taken en passant as the white Q is en prise. Other modern treatments include playing e6-e5 and just not allowing white to get e4-e5 in eg by Bd6, Qc7 and maybe f6
Andrew

... and perhaps he also helped increase it!

Bronstein continued to play it. For example http://www.chessgames.com/perl/chessgame?gid=1453697 featuring Qe2

A reader suggests, I think correctly, that my Newcastle teammate was Dean Graham.

I'm no GM but have been playing the KIA for years and continue to do so with good results. Only when Black plays Sicilian with 2...e6 or vs the French though!

Gawain also recommends the KIA vs Sicilian ...e6 systems in his recent book 'How to Beat the Sicilian Defence'

There's another example on the ChessBase site today, posed as a puzzle ("Second rank, seventh rank"). More fodder for Fischerites playing KIA only against French/Sicilian setups.