While he had the money to pay

A Story in Ten Pictures:- 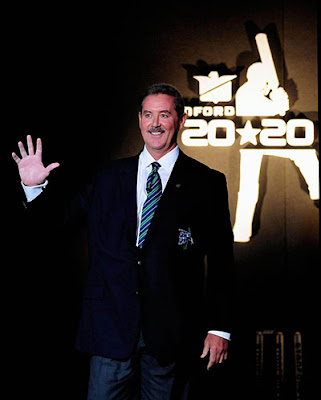 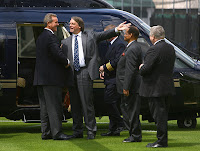 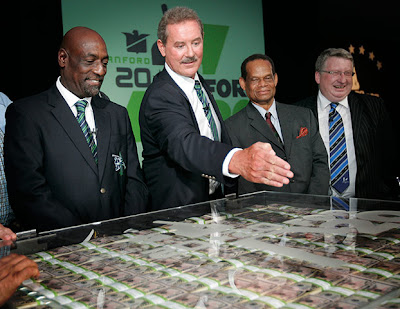 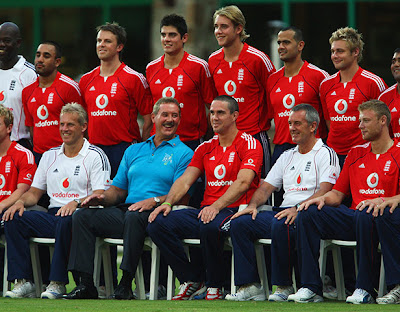 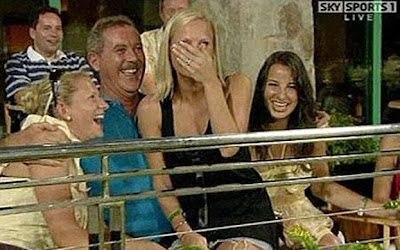 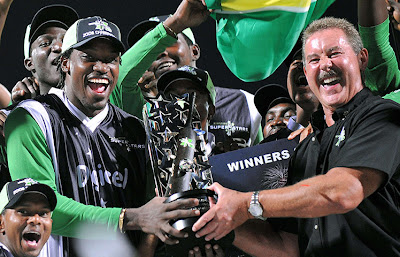 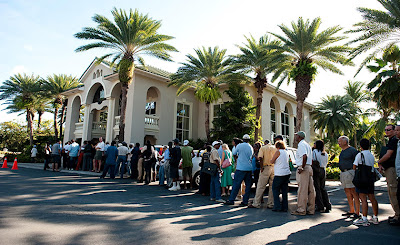 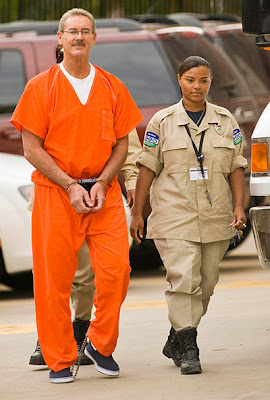 and finally, just a few days ago, 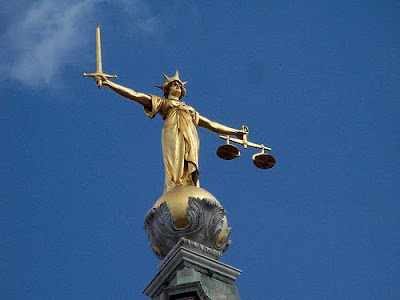 We've had Allen Stanford once or twice before. Forgive me.  Yes, I know there is an awful lot else going on in the world, but I'm a chess player and therefore I have no sense of proportion: Fuck with cricket and I. Will. Be. Cross.

Again with the cricket on a chess blog?  Do I really have to explain the relevance of this tale to the chess world, though?  Kirsan; FIDE's flogging of commercial rights ("sold more often than London Bridge" according to Malc Pein) to Agon; other examples rather closer to home?  Is there really anyone amongst our esteemed and valued readership who can read about the Stanford story and not hear bells ringing?

Let's be clear, Allen Stanford, Kirsan and the current President of the ECF are not cast from the same mould. You might agree with your humble scribe that de Mooi is what would have been called in days of yore, a bit of a wally, but that doesn't make him a criminal.  Sure there are similarities - the tawdry embarrassments, the big noise about money brought to the table followed by questions around to whom the cash actually belonged - but equivalence?  Not by the longest of chalks.

Bottom line, this story is not about Stanford or Kirsan or de Mooi. It's about organisations that are overly keen to take the cash that some folk, crims or otherwise, like to be seen throwing around. It's about the fact that concerns being raised about Stanford a good two years before he got anywhere near Lords didn't prevent the ECB from holding its hand out. Above all else, it's about the final paragraph of The Guardian's story.

While he had the money to pay, it seems few people asked him any tough questions. Now they can ask all they like but Stanford won't be answering.

The material for A Story in Ten Pictures mostly borrowed from The Guardian
White  & Black  pawn image from clker.com
Posted by Jonathan B at 8:00 am

According to the Daily Telegraph yesterday the ECB have "reassured" the English cricket counties that "they are in the clear" as far as paying back the money that they took from Stanford.

Obviously, when you receive cash obtained illegally the very last thing that you want to do is let it end up back in the hand of its rightful owners.

Also it seems that "Giles Clarke, the chairman of the ECB, has strengthened his position since the Stanford scandal" and "avid Collier, the chief executive of the ECB, who was also at the forefront of organising the deal with Stanford, also has a chance of promotion by taking a similar role at the International Cricket Council".


Meanwhile today the Scottish Football Association have announced that Craig Whyte is not a 'fit and proper person' to play any role in football. How very butch of them.

Also see Darlington FC, Portsmouth (if Tom will permit) and any number of similar examples.