The Board Beside Me VI

It has to be said, it's always a pleasure to play at The Plough for the Drunken Knights. Especially against friends, as happened on Monday against a fellow conspirator on these pages. If any of you are bothered, it was a rather dull draw and the club in the name of this blog picked up a surprise victory. 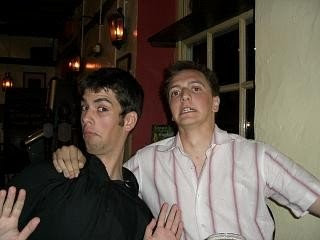 Anyway. The previous Monday, something extraordinary happened. No, the playing hall wasn't dry, but thank you for asking. Instead, a Grandmaster, a former British Champion no less, did this: 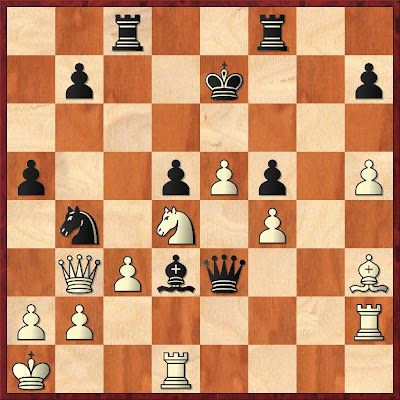 Unfortunately, what happened next wasn't quite enough to make it into our worst move series, but it was nonetheless pretty desperate.

Yep, you've got it. Presumably believing his rook to be on h1, as one might, 29. cxb4 happened. Resignation followed the moment that our hero saw a rook piling down the c file towards his shocked face.

The Board Beside Me Index
Posted by PJM at 8:00 am

"Rather dull"? How very dare you. That was about as spicey as it gets for me.

It'll be a French Exchange for you next time, young man.