Stuck in the middle with you

Here's a column Ray wrote for the Spectator, in the issue for 25 June 2011. It's called In Medias Res. 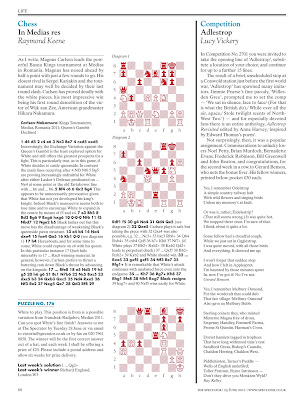 In the column he annotated the game Carlsen-Nakamura from the tournament in Medias, Romania. 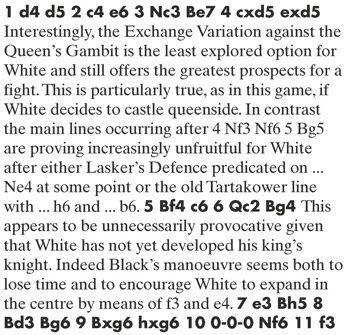 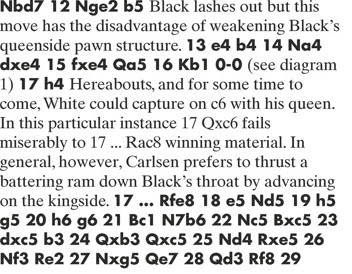 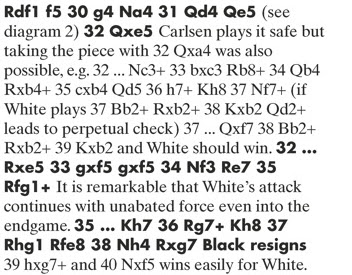 A few months later, on January 11 2012, he annotated the same game for the Times. Here's his notes below. 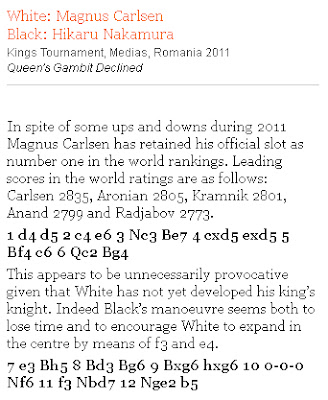 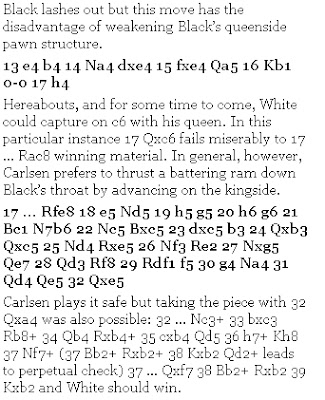 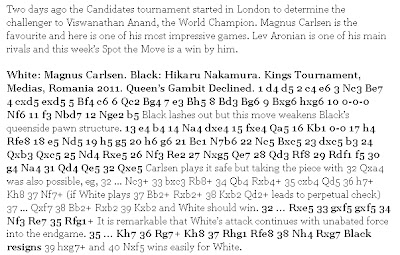 (Ray completists will want to know that he had even used the Spectator title before in the same magazine.)