Black is not OK 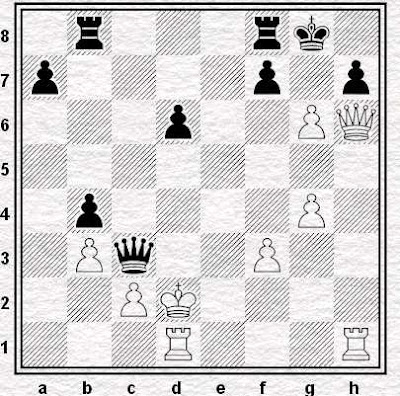 That was a strange one, wasn't it? Not, you imagine, precisely what Jones had in mind when he sat down and punted the Dragon. Especially not when he'd walloped the FM and erstwhile S&BCCer in the same opening at North Shields last year.

It reminded me of Bok - van Wely from the Dutch Championships in 2010.  Three years ago Loek got himself in a right old bate when his opponent forced a draw straight from the opening. So much so that he apparently refused two draw offers during the thirteen-fold repetition that it took for him to calm down and accept that there wasn't going to be a game that afternoon.

Not easy for the top guys with Black these days, I suppose. It's not so much that a draw with an FM is such a disgrace for Jones. More that it must have irked him to have given up half a point without making his lower-rated opponent work for it. As the game was done and dusted in minutes it seems probable that the whole thing was opening preparation for both of them.

At least The Corporal got an afternoon off, I suppose. 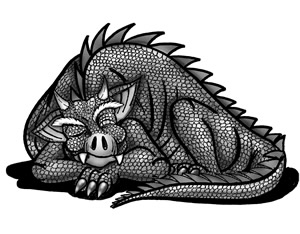 As it happens I'm having my own problems with Black. Right now I can only dream of a time when my greatest concern is conceding a draw much too easily.

Here's me record at Penarth:


which follows on from St Albans in April


and Twyford from August last year.


For those not predisposed to mathematics, that gives me a tournament record over the past 12 months of

Houston, we have a problem.

It's not quite as bad as it looks. All but one of my opponents who had White against me were higher-rated than I was, and by some distance too. The average grading difference was 24 ECF points and even after discounting the obvious outlier that is Keith Arkell it's still approaching 20.

Still, I should be getting something more than the next to bugger all that I'm achieving with Black at the moment. Most worryingly, I'm not at all sure what I can do to improve things. I'm getting perfectly serviceable - often advantageous - positions out of the opening, after all.

So what to do? Wait for my luck to improve or make a change? Maybe try shutting up shop for a while. Play it safe and just try to notch a half-point or two.

Perhaps take up a dull, unadventurous opening. Like the Dragon. Or something.


With thanks to Angus
Peepsy Dragon

Just noticed that Dave Ledger has shot up with his last grade - 225X - and is now higher than his younger brother, Andrew, who is 219B.

You've got to suspect that the Corporal somehow mixed up his lines between prep and playing, haven't you?

Or maybe he's just out of form somehow. He made a right cock of a superior position against Storey in round three, after all.

Black won on the top three boards at the British yesterday - so perhaps it is OK. Just not for me.