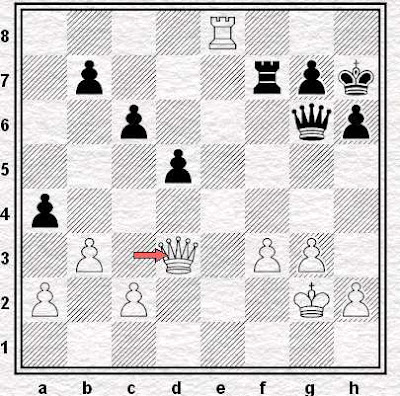 
OK, after the interlude it's back to some unfinished business from Penarth.

I wasn't the only one getting amongst the rooks and pawns in Wales. Jack Rudd also had a rather interesting one and he kindly sent me the moves so we can look at it here. Always worth reminding ourselves that not all rook endings are drawn. Not even the ones with level material. 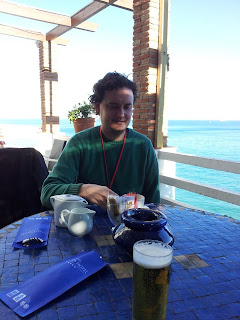 Since I've no idea what either of the players were actually thinking during the game, I'm going to indulge in a spot of idle ill-informed speculation.

Jack's decision here doesn't seem to be too difficult. The queens are coming off anyway, so you might as well inflict a little damage on White's pawn structure before they go.

White's thought process requires a bit more guess work. His last move was 33 Re8+ Kh7 so I assume he was planning the trade. It also seems likely that he'd have expected the position that arose after 34 ... Qxd3, 35 cxd3 axb3, 36 axb3. 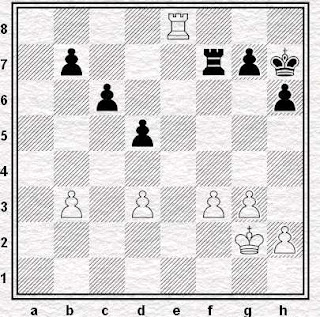 What was he thinking, do you imagine? Was Tartakover's famous aphorism coming to mind? Something along the lines of "This should be drawn", "This doesn't look so bad" or "I can hold this", perhaps?

When I was looking at this position, trying to assess it for myself, I was reminded of a passage from Mihail Marin's marvellous chapter on Rubinstein in Learn from the Legends.

After a thorough study of Rubinstein's games, I have developed a rough method for preliminary evaluation of rook endings. For each favourable element such as an extra pawn, spatial advantage, the more active rook or an important weakness in the enemy camp, one point is awarded. If the difference between the two sides is one point (scores such as 1-0, or 2-1) the position is clearly better but not necessarily winning ... With the exception of some extreme cases (for instance, the ending with f- and h-pawns) a score of 2-0 or 3-1 should guarantee a win.

All every well, but it kind of depends on how you define "important" doesn't it? So White has weak pawns on b3 and d3. Are they important? If they are do they count as one point or two? What about the second rank which looks a little vulnerable with the pawn already on f3. Is that significant? And what of Jack's queenside majority and the potential for creating a passed pawn on that side of the board?

The other side of the coin: White's rook looks much better than Black's at the moment. On e8 it stops Jack getting at White's weaknesses because he can't get his rook to either open file. As we'll see, though, Black can actually evict the enemy rook rather easily. 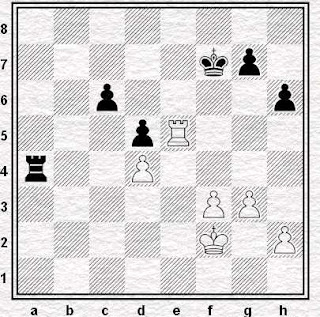 So White's liquidated one of his loose pawns, but at the cost of allowing Black's rook into the game. d4 looks considerably more "important" than c6 right now and everything else is pretty much the same save for the fact that Black's improved his king. I wouldn't want to give a definitive judgement, but to me this looks rather tricky for White now. 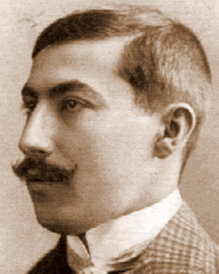 I wonder if the position at the beginning of the rook ending was simply much more difficult than White imagined when he decided to head for it. I've been looking at a few of Rubinstein's games recently and off the top of my head I can think of four that The Man won despite the rook ending starting with an equal pawn count. In every one of those four his opponent, like Jack's, had pawn weaknesses to defend. 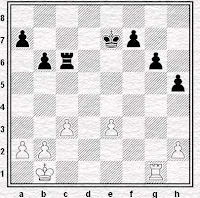 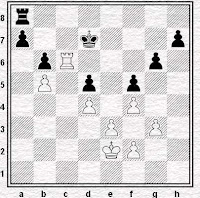 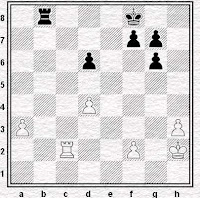 Whatever the objective assessment might be for this kind of position - the consensus of opinion seems to be that both Alekhine and Spielmann had chances to split the point - it seems that holding such positions is often just too big an ask in practice. 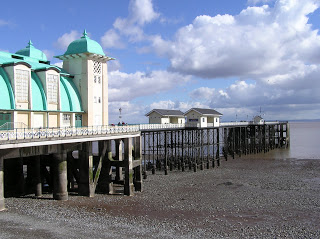 So thanks to Jack for sending me the game. What to take from it? Other than the truism that if you're facing somebody who has 300+ elo points more than you do you're probably going to lose in the end whatever you do, I mean. Maybe, to adapt a phrase of John Nunn's, there's something about loose pawns in rook endings and their tendency to make your game drop off?

Later, giving up the d-pawn is just losing.