If you've ever strolled through Ray's stash of chessgames.com annotations you may have enjoyed his pasting of Karl Janetschek at the 1975 Barcelona Zonal. 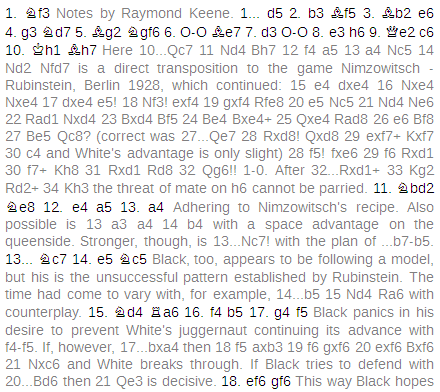 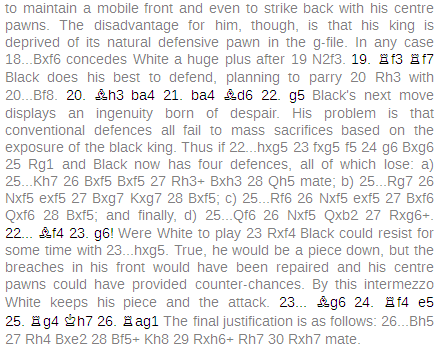 Vintage Ray on the board and off, his notes ("White's juggernaut continuing its advance", "an ingenuity born of despair") reminiscent of how he used to do it in his heyday.

Mind you, perhaps they are how Ray used to do it in his heyday, since the notes are anything but recent.

Here's an earlier sighting of the notes, from the Spectator, 31 October 1998. 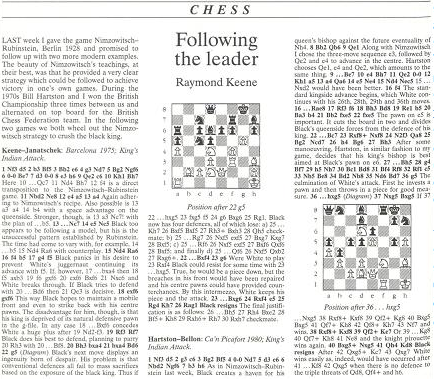 Experienced Ray-watchers will recognise the other game in the column, the notes to which resurfaced in the Times just last summer and which was either played in Palma in 1975 - or C'an Picafort in 1980.

The 1998 column also varies from subsequent sources in describing Ray's game, rendering his victim's name as Janatschek. (Not, as will become clear, that I am in any position to complain.) Most of the rest, though, is reproduced by chessgames.com exactly as it appeared in the Spectator. 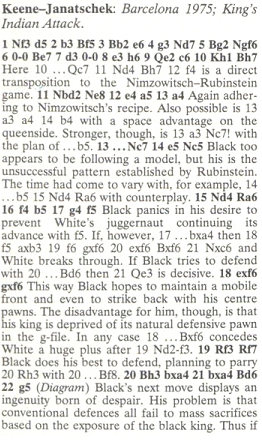 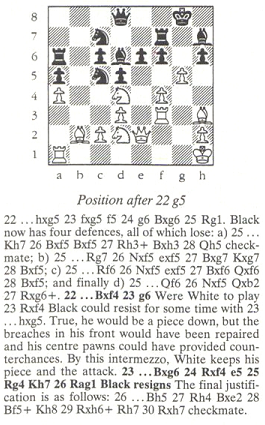 It then got another airing, albeit in rather attenuated form, in the Times on 26 August 2011. 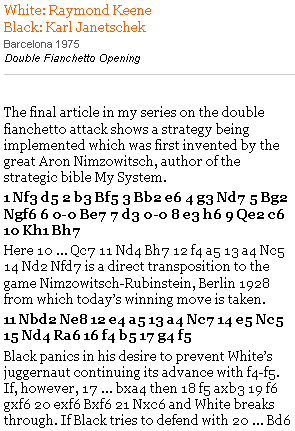 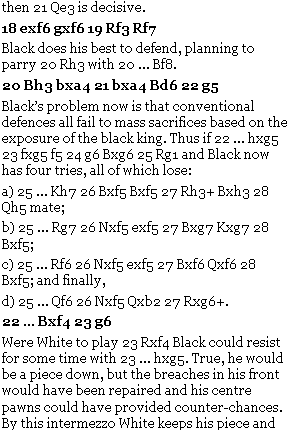 So this means that chessgames.com are reproducing notes that have already appeared in other publications, without admitting the fact. Which, as they know, is something they really shouldn't be doing.

Still, it is possible - I thought - that they are unaware of this. As we do have at least one example of them mentioning that their notes have come from somewhere else, I sent them a correction form letting them know where the notes came from. 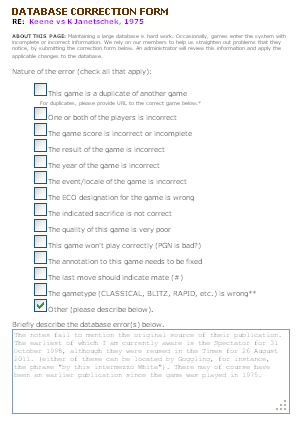 Here's the box in larger size, which as an added benefit helps draw attention to a couple of choice spelling and punctuation errors on my part.

It may not surprise you to hear that although I submitted this form in January, neither any correction nor any reply has been forthcoming. Just the usual silence that follows when this blog presents somebody with proof that they've been part of one of Ray's rackets.

Not that I'm concerned for the Spectator, you understand, since nobody has been a more willing party to Ray's fraudulent activities. But it's a continuing and growing stain on the reputation of chessgames.com that, having been unwise enough to use Ray's services, they have been so unable to be honest with themselves or their readers about what he does.

It's very straightforward. If you know where something's been published before, then say so. You say where and when. There's no good reason not to.

But chessgames.com don't. So shame on them for their collusion and and their cowardice.

In the meantime, if any readers know of anywhere else where these notes have appeared, do let us know. We'll pass the information on to chessgames.com and they can pretend not to know about that too.


UPDATE: a reader kindly sends a subsequent (to 1998) sighting of the Keene-Janetschek notes - in Grandmaster Strategy (1999). Other examples welcomed. 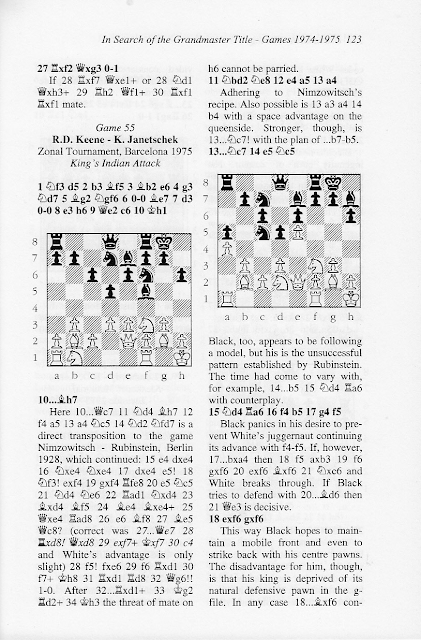 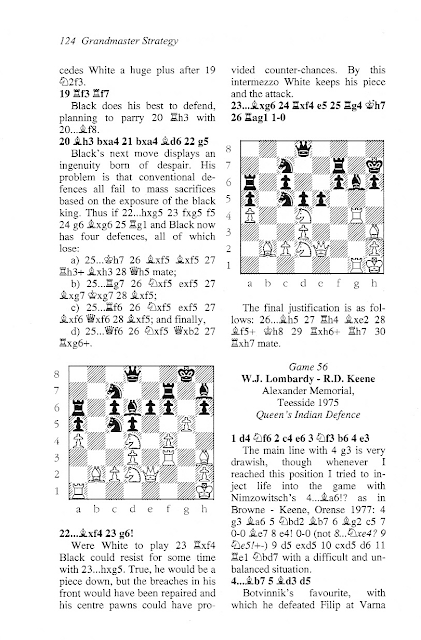