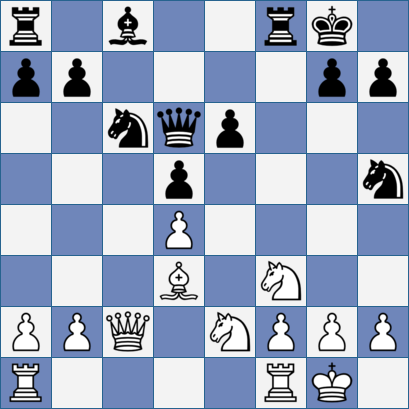 Black to play and do a ... Rxf3-in-the-French Theoretical ISE. I discovered 11 different versions of this exchange sacrifice when writing Collector’s Item last March. The chesser playing Black is about to find a 12th.

Mason, by the way, is "only" rated 2138/199 ECF. He was 200+ for the previous several years, admittedly, and he’s obviously better than nearly everybody, but that rating does not make him super-duper out of this world, strong.

At various times last year (e.g. BORP XXIX), I wondered whether ISEs were simply beyond average club chessers. Mason is a top of the range club player, to be sure, but 'one of us' nonetheless. His play here would suggest perhaps I was being a bit of a jessie about it and should just knuckle down and try harder.

Thanks to Jack
Hat tip to Danny Baker for the title.

Don Mason is a player who knows the French well and the idea of Rxf3 is common enough in the Tarrasch. It's as much a trademark of the opening as Rxc3 in the Dragon.


In the precise position I could only find one previous example from Austria last May ( source - collected TWIC for 2014). It's also analysed in the chessbase online database.

Engines will vary on their assessment of the sacrifice. Even where they don't think it is the best move, they think of it of a sacrifice of the equivalent of a third to half a pawn, rather than the two pawns of Rook=5,Knight=3 .

The other thing engines don’t tell you is how easy or difficult it is to play the position. An exchange sac obviously makes the game less standard and in consequence - I suspect, anyway - harder for the lower-rated chesser.

Do we not get to see the game? Pls.

You were supposed to see the game from the beginning but I managed to (a) not add it to the end of the post and (b) not noticed that I’d not done it even after the post was published.

Have to say I'm not fully convinced by this sac - surely Black can't be better eg after 25... Kf7?

@Matt Fletcher - I'm with you. Around move 25 white has the edge, but the sacrifice could still be considered correct if white had the edge before 14...Rxf3.

White wants to trade rooks, the best way to do that is to activate one of them so black has to trade it off. The closer black's king gets to the centre, the easier for black to ignore the white rooks. Maybe 25.Rxe6 Rxd4 26.Rc1 Bc6 27.Rc2 (just waiting for a better moment for Rxe6). Probably a draw but better than what happened.

Re Jackson v Cumbers same date, same time, same place, it was the similar idea, but not the same position. In material terms Cumbers got two pawns (d4 and h2) back immediately.