Our Electronic Pals: Then and Now 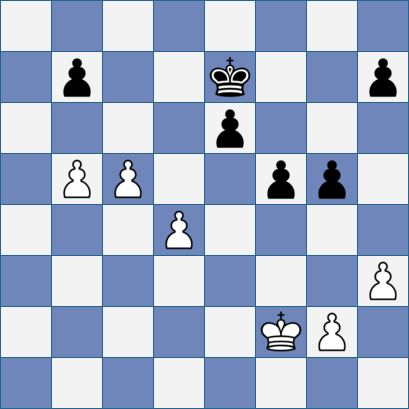 
Anand - Chess Genius. Perhaps you recognise the position from The Last Move of 2014. Well, Anand’s next move is going to be 36 h3-h4 after which he’ll wrap up the game rather easily. He can only do that, though, because first our electronic friend will play a real stinker: 35 ... h5??

We learnt from Ivanchuk - Jobava (SMA#30) that engines are still able to make a total horlicks of pawn endings Give your computer today’s position, though, and I’m pretty sure it won’t want to play ... h5. After a few seconds’ thought it’s my machine’s 9th choice with an evaluation of more than +13. Hell, even my three-generations-out-of-date phone sees instantly that pushing the rook’s pawn forward two squares is disastrous.

Things were different back in the 90s. It was a strange time for computers. The Chess Genius might have been able to toss out a move that even I can refute at a glance, but it was equally capable of defeating World Champions. It only got to play Anand in the first place because it had duffed up Garry K in an earlier round, after all.


The Intel Grand Prix series of the mid 1990s was covered in a series of tapes published by Grand Master Video. Their commentary of the pawn ending kicks in here:- 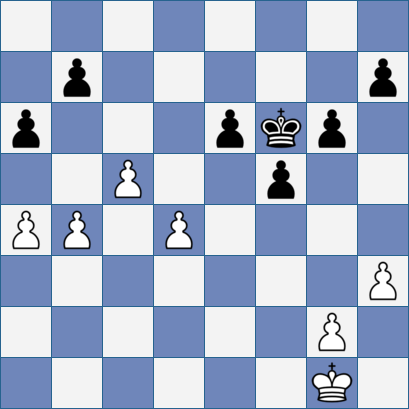 
I’d add it to my list of Great Chess Commentary Moments (Ray Could Commentate: He’s Done It Again!; Sochi ISEs: Game 6), but it doesn’t appear to be on YouTube so I’ll just have to give the transcript instead.

Maurice Ashley: That’s another weakness I’ve noticed about computers is that it’s difficult for them to calculate non-random pawn advances. It takes so long to effectuate that they ... they spend most of their time calculating all sorts of other moves but the pawn advances that a human doesn’t even have to calculate because he just sort of knows this is going to go down the board and work because he or she has seen before. The computer has to calculate. Now clearly the computer is going to have to do the normal strategy without any calculation necessary is what you said Danny. Just bring the king over there and the computer should just be safe, but it looks like this game is going to be a draw.

Danny King: Should be. King coming back. That was absolutely forced. Pawn advances. Now there’s actually a threat here of playing the pawn to c6, takes and then the white pawn captures the a-pawn and that’s a queen. So again I think there must be an exchange here. Either exchange or move the king across.

Exchanged and now the king can come across.

But this is no problem at all for Anand. He has the draw in hand here. There’s no way he can lose the position. And look at the clock times. That is extraordinary. Vishy has a 10 minute time advantage on the clock.

MA: He has whipped out his moves. Can you believe it? The guy is called a Speed King of Chess for a reason. Look at how much time .. he hasn’t even used ... he’s used a little over 4 minutes to play 35 moves. Is it ... is it any surprise that Grandmasters quake at having to play Anand in speed chess? He’s just whipped out the moves. Yes the computer is a super fast calculator ...

DK: I think the computer has made a mistake. I think Anand even might be winning. h4. Exactly

DK: Now when the pawn comes forward or takes this that allows White’s king into the position.

DK: I think that pawn move is a clear blunder. It’s taken the pawn but now the king just comes forward and can start capturing the pawns.

MA: ... it doesn’t calculate the ... it may calculate a lot but it doesn’t have the strategical understanding. Do you see how quickly you and Anand just found the right idea?

DK: That was a clear blunder moving the pawn up to h5. A clear mistake. That lost the game.

Now that’s a bizarre move. The king just comes forward and starts chomping off the pawns. White’s going to be a pawn up and the king comes in. This is a trivial technical win.

MA: ... This is a joke. Look it ...  exactly what I was talking about. The endgame. That endgame is where computers are weak. And look at this ...

And that was that. The computer - its operator, to be precise - resigned for real a couple of moves later.
Posted by Jonathan B at 8:00 am