Zeitnot. If only there were  time enough to write a full, Representation of the People Act-friendly, post for today.

Alas there is not. So let’s cut it down to the bare bones.

"Election Manifestos contain too much crime fiction"
Sense About Science 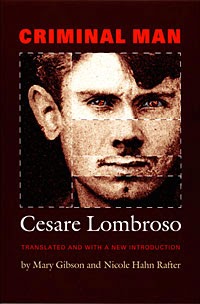 ... while offenders may not look fierce, there is nearly always something strange about their appearance. It can even be said that each type of crime is committed by men with particular physiognomic characteristics, such as lack of a beard or an abundance of hair; this may explain why the overall appearance is neither delicate nor pleasant.

In general, thieves are notable for their expressive faces and manual dexterity, small wandering eyes that are often oblique in form, thick and close eyebrows, distorted or squashed noses, thin beards and hair, and sloping foreheads ... Rapists, however, nearly always have sparkling eyes, delicate features, and swollen lips and eyelids ... Pederasts are often distinguished by a feminine elegance of the hair ...


The idea that criminals are different - different, that is, to the good guys like you and me - was first put forward in a coherent systematic manner by 'the father of criminology’ Cesare Lombroso. Originally published in the 1870s, I think it’s fair to say L'uomo delinquente has not aged well. The idea of 'the criminal' as a distinct 'other' - be it in terms of physical appearance or personality type - has long since been debunked. Although it appears that not everybody received that particular memo. 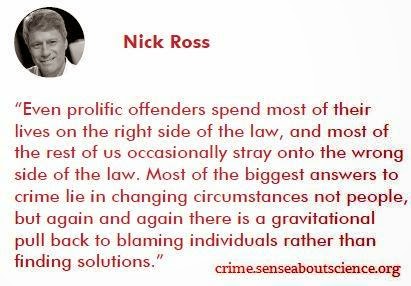 There are certain problems that a think-tank of Grandmasters might attack, like ... trends in crime ... the kind of brain that can play chess well in early youth is also supremely well equipped to act as a commentator, editor, thinker, about political, social, national and international issues.

... chess brilliance has nothing to do with high intelligence in other areas, but tends to give top players a false idea of their own high intelligence. They equate their FIDE rating with their IQ. In fact they have devoted so much time to chess that they may not be so brilliant at other things.
Sarah Hurst, Kingpin


Put grandmasters in charge or put them in their place? Vote now.

One handicap that playing chess from a young age gave me was a bias towards seeing problems in zero-sum terms. I suppose I still have this problem to a certain extent.

So I incline more to Hurst's view than Keene's.

That said, being in a think tank also has nothing to do with high intelligence, so I see no harm in having GMs "attack" whatever they want.

It's an interesting question Nige raises why these people aren't being prosecuted. I would have thought that their behaviour came within the terms of quite a few offences, in this country at least.

That was weird. Some machine just asked me to identify (unidentifiable) pictures of icecream. Is everyone getting that?

I"m not anti-prosecutions if it’s felt appropriate. I’m very much anti the idea that some people have 'criminal natures'

Some criminals are definitely born, not made. I thought "The Sociopath Next Door" (2005) by Martha Stout, Ph.D. was a good read. But the physiognomy bit reminds me of the joke by Bobby Slayton: get out of jury duty by telling the judge, "I can tell the criminals by [snaps fingers] just looking at them!"

Some criminals are definitely born, not made

Well, OCP, leaving aside the distinction between "personality disorder" and "criminal", how exactly does your friend Martha demonstrate that it’s birth rather than personal history (or a mixture of both)?

"It is important to point out that such extremely complex characteristics are unlikely to be determined by a single gene, but are almost certainly oligogenic, meaning caused by multiple genes acting together." (pg124)

"Taken together, such studies indicate that sociopathy involves an altered processing of emotional stimuli at the level of the cerebral cortex." (pg125)

Lucky the book was still in my discard pile, or I could only have vaguely answered your question. But really that wasn't the most interesting part of the book for me (not in my notes). Why I can recommend the book is because of the high level of moral reasoning displayed by the author.

Though of course sociopathy itself isn't necessarily a sign of criminality, because what is or is not criminality is decided socially, not genetically. Society, (or the rulers of society) decides what constitutes a crime and what does not. You think taking somebody else's stuff is crime? Not at all, taking the other people's cattle, or crops, or gold, or land has been not only accepted but prized in many societies. You think killing somebody else is crime? Not at all (etcetcetc).

I can't help but observe, by the way, that if we were to look for people in English chess who have consistently shown signs of an incorrigible tendency towards deceit, fraud and untrustworthiness, at least two of them would be close to Nigel Short. So how come he can't see the signs?