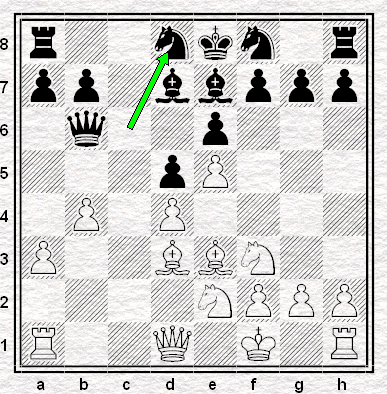 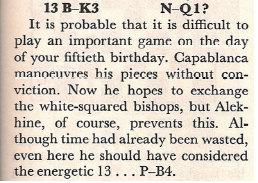 Maybe. For what it's worth my computer doesn't consider the energetic 13...f5 as any better than the move Capablanca played: White just runs the h-pawn forward and then rolls over Black wherever he tries to hide his king.

The player of the White pieces, as you'll have gathered from the clipping, was Alexander Alekhine. The game was played at AVRO 1938 and was the last occasion on which the players were opponents. Capablanca was badly out of sorts over the board: the game was only the second that he ever lost on time. It didn't help that he was quite badly out of sorts physically during the second half of the tournament. Nor did it help that, as Kotov observes, he played this game on the day of his fiftieth birthday. 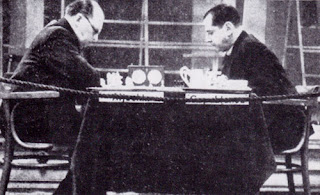 Unhappy birthday to you

As far as the chessboard is concerned, the real damage was probably done at move 11. 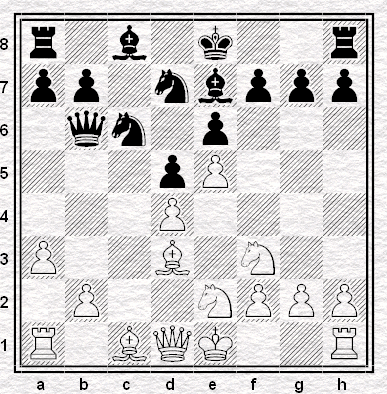 Black played 11...Nf8? which Kasparov marks as no worse than dubious -

- rather generously given the state of Black's position afterwards. Odd that Kasparov doesn't prefer the thematic 11...f6

which was suggested by Kotov.

What happens after 12. Nf4 fxe5 (or 12...Ndxe5!?) you'll have to work out yourselves, with or without a program, but it's manifestly a much better chance for Black than the game move.

Kasparov's comments can be read in the first part of My Great Predecessors (Everyman 2003) on pages 448-9, or alternatively you can read them in Ray's Times column for 20 April 2013 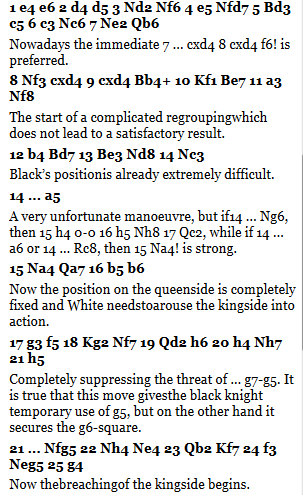 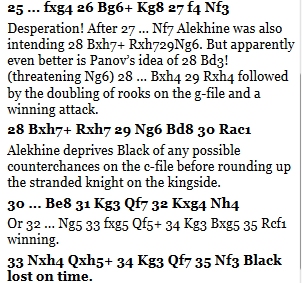 which plagiarises Kasparov's book wholesale, not to mention Panov, Euwe and Alekhine in passing.

Well, maybe it gets harder to put in a full day's work as you get older, eh Ray? Perhaps that's what Capablanca found out on his fiftieth. Or maybe Capa just started feeling he had better things to do. Rightly so. Personally, I've never played a game of chess on my birthday.