The Worst Move on the Board XXVI 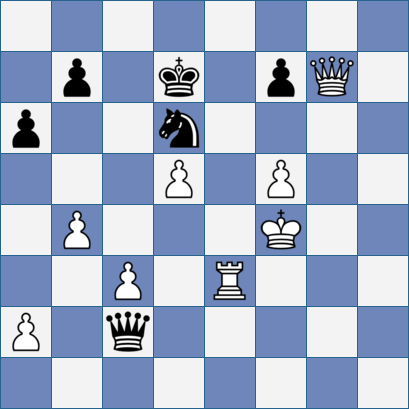 I was leafing through an old chess magazine the other day.  I came across a piece by Jacob Aagaard on what was then the new edition of Chess Tactics from Scratch. The original version was apparently one of the best selling books from Quality Chess’s original range. The new edition, or so the claim went, was the best of its type ever produced.

Mr A’s thoughts notwithstanding, my opinion remains that Chess Tactics from Scratch is very likely the worst written chess book that I’ve ever seen. If only I had time enough to expound on this thesis I would happily do so. At length. For now I’ll just have to limit myself to saying that doesn’t mean I think it has no value. 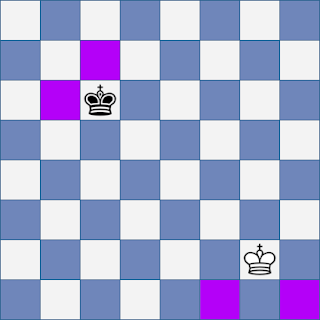 Like a lot of chessers, I suspect, I didn’t learn the game in any kind of systematic way. I just picked things up here and there. I played a lot, spent much too much time reading openings books and by and large completely neglected to build up a store of the basic patterns. The ones that good and even moderate players take for granted.

One of the mating patterns that pretty much passed me by is the Epaulette mate. You can see it above. If White has a supported queen on d5 - or Black has one on g3 - it’s mate. Well, it is as long as the highlighted squares are blocked by defending pieces. It’s not too fanciful to see these squares as being on the king’s shoulders, hence the name.

I have a vague recollection of seeing this explained in a book at some point in my late teens.  As I said, though, I never worked on chess in a coherent way so even if I did 'know' it, the pattern of the Epaulette Mate never became part of my unconscious thinking. I could and can tell you about various theoretical ideas that Black had at move 17 of the Zaitsev - starting from either  ... c5-c4 for ... f7-f5 - but the Epaulette Mate didn’t stick. 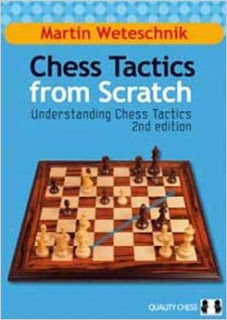 Chess Tactics from Scratch is certainly lacking in all sorts of ways. I can’t deny, though, that working through it means I can now, usually, see the Epaulette Mate coming. Indeed, it was Weteschnik’s book that came to mind when I saw the position at the head of today’s blog.

I gather the position at the head of today’s blog occurred in the last round of one of the Gibraltar side events. White is an exchange and a couple of pawns up. By my count White has over 30 legal moves to choose from. Our man found the only one that hands the win to Black in an instant.

A tough break for White. Especially since had he won the game he would have shared first place in the tournament. One move on from the position you see above, it was the player of the Black pieces who was going home with a share of the £900 first prize.

As many people have said in the past, there really should be an Informator symbol for "Ouch".

With thanks to David Sedgwick
The Worst Move on the Board Index
Posted by Jonathan B at 8:00 am

I'm inclined to wonder if tis might have been The Art of the Checkmate, a book I myself saw in my teens but didn't take much notice of.

I think, in retrospect, that I may have been put off by all the titles like "Epaulette Mate" - why did I need to know these? - but had I taken the book seriously and absorbed the contents, I might not have struggled quite so much over the next 30-40 years struggling with the problem of how to finish off an attack on the king.

.....and I'd have had a lot more fun, since mating attacks are fun in a way that opening theory decidedly is not.

I'd be interested in hearing more of your opinion on said book, having bought (and read!) the 1st edition myself.

I've mixed feelings on the book. The author sets out his stall by saying there's no point just doing lots and lots of problems, you need to look at the tactical motifs that allow the tactic to exist in the first place. So far, so good.

He then goes on to look at different tactical motifs in each chapter before bringing all the threads together in the final chapter which is supposed to tell us how a look for tactics in complex positions. I didn't feel he achieved his aim, mostly because there was no feedback after each chapter, each one having a mere four exercises at the end.

The English used in the book is also very ponderous, I had to read some bits out loud two or three times just to try to understand what he was getting at.

However, having said all that, I did feel I was spotting more tactics in my games, and I think I have a deeper understanding of the concept of tactics not just "being there", but existing due to flaws in the position.

"One move on from the position you see above, it was the player of the Black pieces who was going home with a share of the £900 first prize."
It was worse than that. The two joint winners shared £1800, so £900 was Black's share.

I'd be interested in hearing more of your opinion on said book, having bought (and read!) the 1st edition myself.

If only I had time I’d have writen a long article on it ages ago. Still not quite got there, I’m afraid. Suffice to say that

The English used in the book is also very ponderous ....

is really rather generous on your part. In places I found it completely impenetrable. I also found an awful lot of meaningless filler text that added nothing and just took up space.

That and the fact that I think that not a lot of thought went in to the order in which the puzzles were set in the various sections - and the truly bizarre habit of frequently giving a diagram and then having one side make a move that sets up the tactical possibility - which means it’s very hard to use the book as tactics practice by trying to solve the examples before looking at the solution - may go someway to explain your feeling that the book didn’t quite hit it’s target.

I read the second edition - which really should have meant that all the problems with the text had been removed - but I would agree that it doesn’t quite reach the standard that it should have done.

Of course, "finding tactics in complex poisitions" is what a lot of chess talent really is. If it could be mastered by a book, we'd all be grandmasters -- or rather, we won't be playing chess since all games would end in a draw.