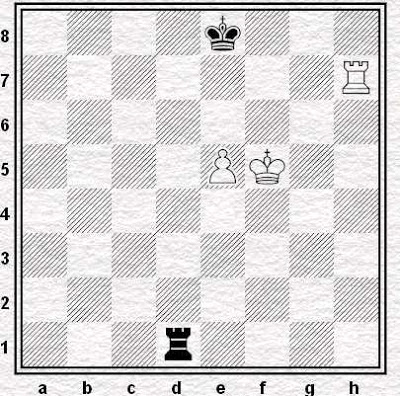 
What’s the most difficult KRP v KR position there is? Could it be this one?

If Black's rook was on e1 we'd have the relatively simple ('simple'!) theoretical draw that we looked at last week. The only difference is one piece one square to the left and yet of this position Jon Speelman writes,


Forearmed with Diagrams 16-19 you might try to solve the position. But I ought to warn you that it is very difficult! … it took a considerable time for my head to clear to the extent that I understood what was going on.

That’s Jon Speelman endgame expert (e.g. SMA #15; Random Rook Endings IV) and a man who within a few short years of penning those words would find himself ranked amongst the top half dozen chessers in the world, mark you. Still, just in case Spess was having an off day, let’s listen in to an anecdote from Mark Dvoretsky,


I recall an episode at one of the sessions at my school for gifted chessplayers held in Moscow in October 2001. Participating were not only young candidate masters, but also masters and even grandmasters. I was discussing the theory of rook-and-pawn-versus-rook endgames. The students accurately took down everything. They were later presented with the following position …

[White] has to precisely consider concrete variations, supported by, of course, the evaluation of core theoretical positions.

I divided the students into two-player teams. Teams competed among themselves, playing out this ending. On each team, one member played White, another Black, so the overall chances in these matches were objectively equal. Teams were given time (30 to 45 minutes) to prepare – analysis of a position, reference to notes and moving pieces on the board (but naturally without the help of a computer) …

Alas, not one of the games finished properly; in each, one of the players (in most cases both) made serious errors, and, as rule [sic], right from the outset.

So, a bit tricky. Best get cracking, then, hadn’t you?

(For those that want a hint: scroll down for a peek at Speelman’s positions 16-19 which are, I imagine, the “core theoretical positions” of which Dvoretsky speaks.) 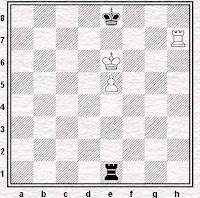 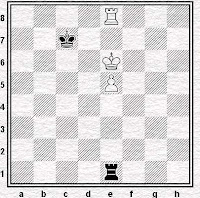 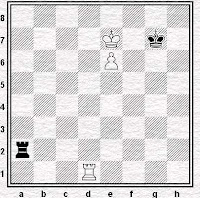 Funny, I was just reading that bit of Dvoretsky yesterday and made a mental note to try it out against the machine and/or the tablebase later. I don't suppose I will though - I'll just let you explain it to me in your next post.

I think I'm more or less up to speed with your third position with Black to play. Not so confident about some of the rest, though.....

And when I saw "a couple of week" I mean "quite a while".

I have a cunning plan, but it's going to take a while to put together.