At this crucial crossroads

He likes his Kramnik-Leko, does Ray. 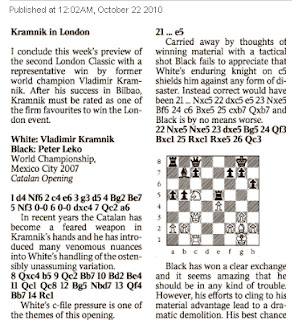 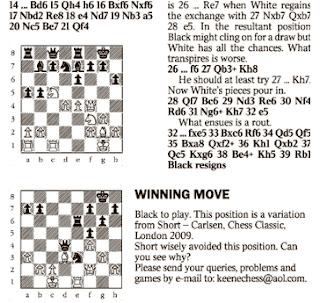 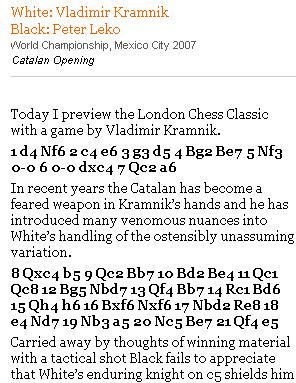 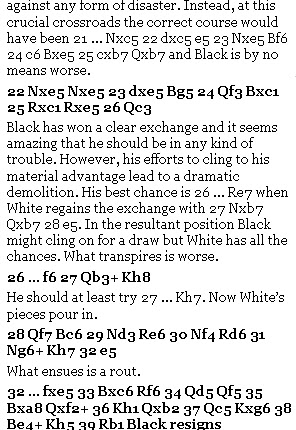 Oh, go on, one more. Which naturally means two more (or three more) "one" not being a common phenomenon in the Ray Keene universe. 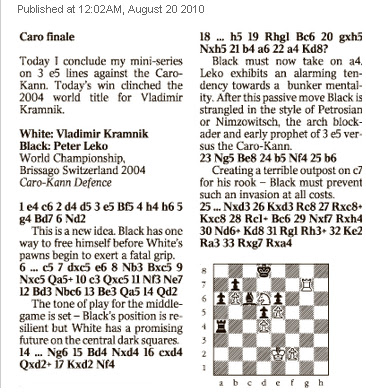 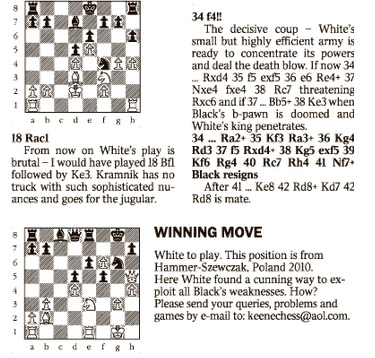 This is a new move. Black has one way to free himself before White's pawns begin to exert a fatal grip.

Black's position is resilient but White has a promising future on the central dark squares.

From now on White's play is direct and brutal - I would have played 18 Bf1 followed by Ke3. Kramnik has no truck with such sophisticated nuances and goes directly for the jugular

Black must now take on a4.

Creating a terrible outpost on c7 for his rook - Black must prevent such an invasion at all costs.

[* This article sourced using a library search system. The wrongly-numbered moves appear like that in the article as sourced. I decided to leave them as they are, especially as they're not quite right in the Times version either!]

[Thanks to Angus French]
[Ray Keene index]
Posted by ejh at 7:35 am