Over the last three weeks we've seen the plagiarised columns that Ray produced for the Times on June 10, June 11 and June 12.

This may have led readers to expect June 13's column to be the subject of the next in the series and you will in fact find it in today's piece, albeit towards the end. But we'll begin by going back, rather than forward (as the politicians say) to the start of the week - or, depending on how you look at it, the end of the previous week - and see who and what was plagiarised in Ray's column for Saturday 8 June, which annotated the fifth game of the 1969 world championship match between Boris Spassky and Tigran Petrosian. 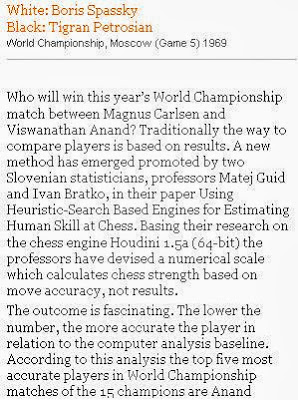 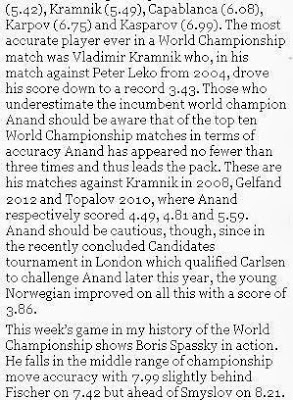 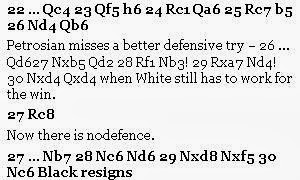 This one, as you'll already have worked out from the title, was plagiarised from My Great Predecessors - in this instance, part three of that work Like the June 13 column, you have to hunt around a bit for the plagiarism, but it's all there when you find it. 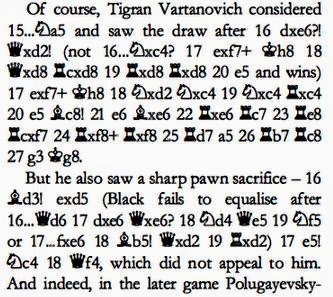 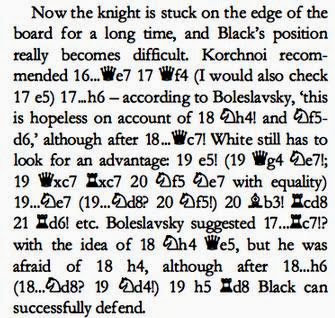 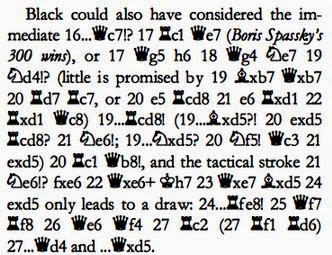 Perhaps I have reproduced more of the latter note than is really necessary, but at least this way you can see that 16...Qc7 is stolen, like the rest.

Igor Bondarevsky joins the ranks of people who have been plagiarised by Ray. 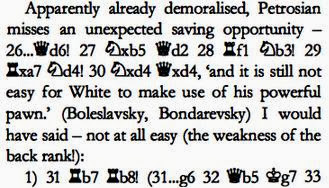 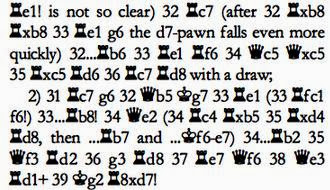 Lightly borrowed, by Ray's standards, though you can see that the line he gives is, certainly, borrowed. But Ray finishes with something a little more blatant...

There is no defence. Indeed there is not.

But you were wondering what Ray did on the thirteenth. Well, on the thirteenth Ray, who was working his way through world championship matches, selected Topalov v Kramnik from 2006 as his subject. 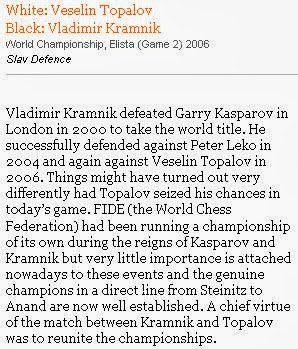 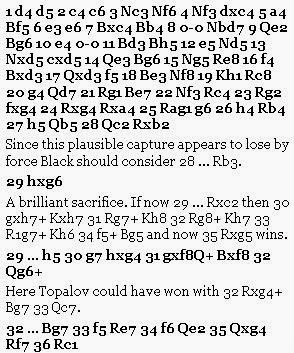 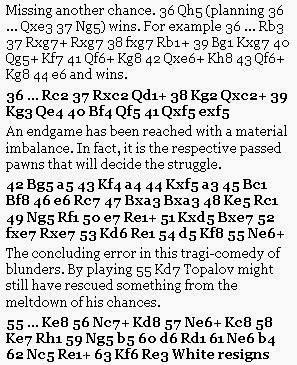 The 2006 match is not covered in Kasparov's sequence of books on the world championship, so Ray may have been short of promising material to plagiarise. Never mind! If he couldn't recycle somebody else's work, he could always recycle his own, and the column above, for 13 June 2013, bears an unmistakeable resemblance to the column below which he produced for 6 December 2010. 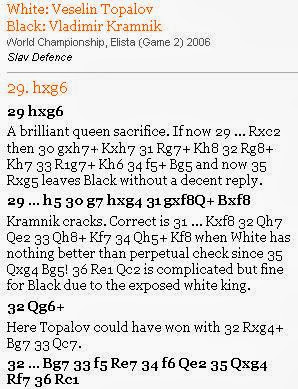 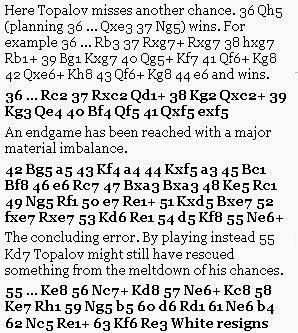 From the meltdown of the Times chess column, however, there is nothing that can be rescued. Not until the plagiarist and fraud whose name it carries is removed.