Back in the Day: TISE confusion 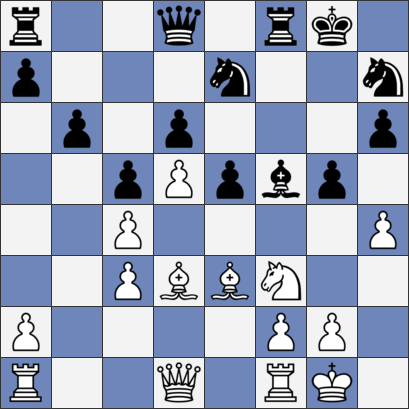 
Exchange sacrifices are messy. That's kind of the point, I suppose. The trade of a concrete advantage (material) for something that is much harder to evaluate in the expectation - or hope - that you get the better end of the deal.

Study rook endgames, particularly when you focus on rook and a single pawn against a rook, and you can get a definite and absolute answer. You look at the position, have a think and come up with a move. Then you Nalimov it and find out whether you are RIGHT or WRONG.

Exchange sacs are a completely different story. We - at least, players of my standard - are pretty much on our own with them. I'm confused, dear reader. To demonstrate precisely how and why I'll enlist the help of three guys who were amongst the best chessers in the land back When we were Kings. 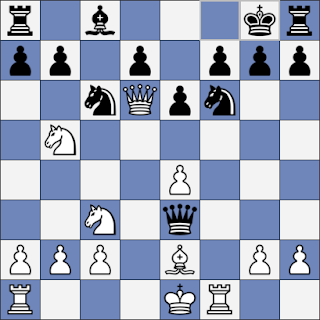 I first came across this game many moons ago during a brief flirtation with Basman's home-brewed … e6, … Bc5 system in the Sicilian. He had a tape on it in his Audio Chess series*, and I remember his comment on this position going something like,


"Hartston thought for 40 minutes and then stuck the boot in with Rxf6."


The game ended in a perpetual check after 25 moves. Not a bad result, but Bazzer said that he wasn't happy about allowing Hartston to give up rook for knight. Basman was unable to refute the exchange sacrifice over the board and evidently still thought it problematic several months later when he chose 10 … Nge7 against the same opponent.

Worth a punt then? Maybe, but you remember that article in The Independent just before Christmas when The Corporal said that A phone app could beat most grandmasters? Well, my phone hates this sac. Not so much 12 Rxf6 itself, which it reckons leads to a level position, but Hartston's 13 Rd1 follow-up. … Qg1+, 14 Bf1 Ne5 and Black's winning according to my Bloody Apple Monster. 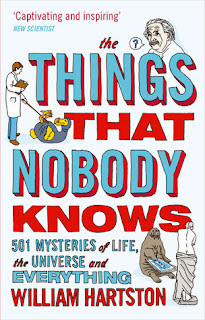 So either two chessers who are infinitely better than me missed a tactical detail which refutes the sacrifice or my engine is falling into the Excessive Materialism trap that plagued its ancestors. How am I supposed to know which? Either way, if one, some or all of Hartston, Basman and my phone are getting this sacrifice wrong, am I really likely to do any better?

Which brings me back to Keene-Browne and The Master Game. 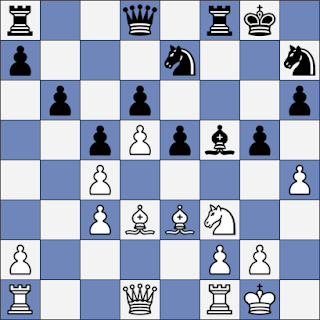 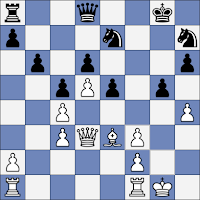 
Keene felt that the resulting position was unclear, but that White would be able to draw at best. Why? Well it's not difficult to see that White's got problems: no open files for his extra rook, few squares for his bishop, weak pawns all over the shop and a drafty king for a start. By way of contrast Black is going to have the f-file for his rook, has a good square on f4 for a knight (if he can get one there) and perhaps possibilities of penetrating on the light squares with his queen (e8-h5 or d7-h3, maybe).

So I can see that why … Rxf3 could be a good idea, but what's my move now we're here? What's my plan? Hartston - Basman looked reasonable to me too and maybe that's not so hot after all.  Is Keene-Browne one of those, or does Black really  have enough.  And how am I supposed to know the difference?

I'm confused. Anybody got a little help for a blogger?

* Is it really still going? Astonishing.

RE Keene - Browne: "does Black really have enough. And how am I supposed to know the difference?"

First step is to turn off the stupid computer and analyze for yourself, without moving the pieces, just as you would in a real game. Second, write down your analysis from step one, and analyse some more, this time moving the pieces. Third, solicit feedback on your variations from strong players. Fourth, run all your analysis through a computer.

This is how to _develop_ your intuition in such situations. It seems to me you are doing it backwards, computer first, asking for help second, etc.

I initially thought Black had enough for the exchange but having pushed some pieces maybe not quite.

Black's playing Qf8, Qg7(maybe h6?), Rf8, Ng6 (Nf4 at some point?) but I think White can counter with a quick a2-a4-a5 and break down the a-file. If he didn't have the pawn break and / or the N on h7 was somewhere sensible then it'd clearly be enough.

There's something deeply wrong with any calculation which rates me over 200.

Matt, you are correct that a2-a4-a5 is a worry. Black could try to stonewall with ...a7-a5 and ...Nc8 (...Ra8-a7-f7 still gets the rook in play) but long-term that favors white because of a counter-sacrifice. So the pace of kingside play matters.

This is all blindfold analysis from Jonathan B's 4th diagram, so caveat emptor. It's not solved by any means, but I need to get back to work. :(

Jonathan, I’ve just returned from Malc’s emporium, and I thought you might like to know that they’re flogging a booklet by one Imre Pal, containing 250 exchange sacrifices and various reflections on the subject. Might be a decent £9.99 worth of research, not that I know what the blog’s research budget is.

My own theory is that ISE’s can be loosely divided into two types, dynamic and static. The latter (see Tal-Petrosian, that game by Andersson in the …exf6 Caro (against Calvo, maybe?), Reshevsky-Petrosian, and probably various other geezers-Petrosian) simply announce that the minor piece is actually no worse than the rook in the position arising. As a rule, not surprisingly, they feature no open files, opposite-coloured bishops and stable minor pieces. This sort is not too difficult to play; of course one has to guess what might happen in the usual way, but no more than at any other time.

The two in your article are the former type, and these are much more difficult, because the compensation will or won’t turn out to be enough according to various tactical details, and therefore one has to attempt some calculation, which is always a bore. Alternatively of course one can just guess in the usual fashion – see (a). However, guessing in this area is somehow harder (as you can see my theory still needs work).

These divisions aren’t exhaustive or perfect, of course – what of Gazza-Shirov, for example, or indeed Karpov-Andersson? But there’s something in it as a way of classification, I maintain.

Thanks for your comments gents.

My thinking about the exchange sac was not dissimilar to Matt Fletcher's, I think.

I've got an example of what happens when I try to analyse without moving the pieces and without computer assistance coming up OCP. Next week I think it's due.

Needless to say my calculation leaves plenty to be desired but my main problem at the moment, I think, is evaluation. I mean, you could take a position from some book which is an example of an exchange sacrifice where there is 'evident' compensation and I just wouldn't know.

Perhaps it's an intuition thing? Should I try trusting that more? I don't know.

Maybe it's just that I'm struggling because it's not easy.

Oh and thanks for the tip about the book John. I think I saw it too last time I was in.

I'll have a closer look next time I'm back there.

Are you going to make an index of the 2014 exchange sacs?

In truth I've been meaning to get around to it ever since I started the series. In my own defence i've been crazy busy the past couple of weeks. Although in truth I've also been dicking around much to much on the forum.

I'll make a start on the index tonight.

For my next trick I will add the Christmas rook endings to the rook and pawn index (one day).

And then who knows, maybe I'll even get around to finishing the World Championship Quality Blunders series last heard of in January 2007.

Holy Moly. Have we really been doing this seven years?

@Jonathan B - Maybe you're struggling on this one because Keene was wrong?

"guessing in this area is somehow harder".... My first reaction was that guessing is always easy!

Two players look at the same difficult dynamic ISE. Player A: "This looks like a hard one, I would never figure it out. Better just guess." Player B: "I need to calculate." [much time off the clock] "Inconclusive. Oh, well, I have to guess." These are not the same effort of guess, nor the same quality.

I guess he might be going to Aberystwyth this year, seeing as they seem to be letting anybody in.

"Maybe you're struggling on this one because Keene was wrong?"

Yes, maybe. And that's kind of my point. It's hard to check your work and move forward isn't it? If I come to a different conclusion to a GM or an engine then of course the logical course of action is to assume my analysis and judgement is at fault. But occasionally - very occasionally - it'll be the other way around.

And how do I know?