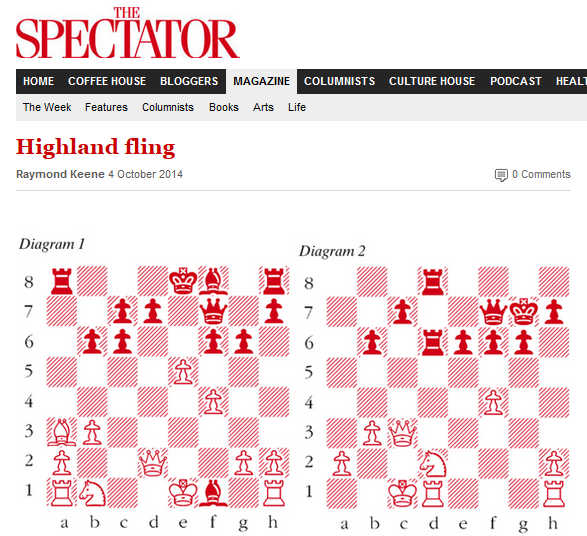 What's Ray writing about in the Spectator these days? Let's have a look at yesterday’s issue... 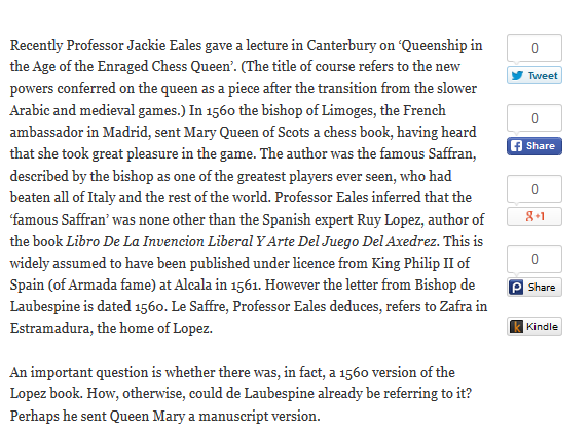 ...and have a closer look at that first paragraph. 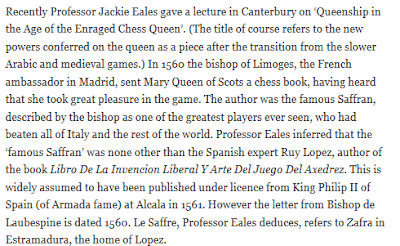 Jackie Eales. Who might she be? Whoever she is, Ray's really interested in this Canterbury lecture, since he's also written about it twice in the Times. 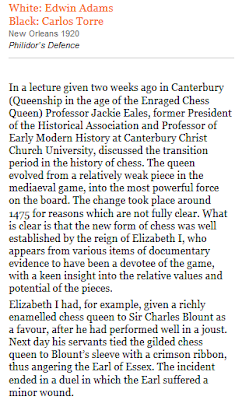 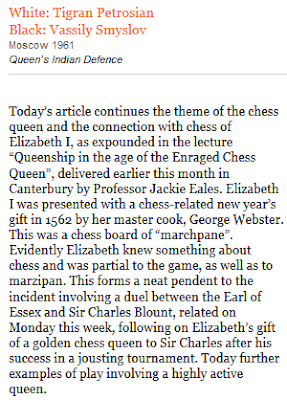 Fascinating though this lecture no doubt was, I think Ray's interest in it becomes a little more explicable once we realise that Professor Jackie Eales is in fact Ray's sister - as all three pieces, surprisingly enough, fail to mention.

Nor does Ray's sister mention it. 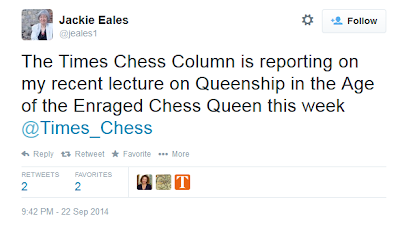 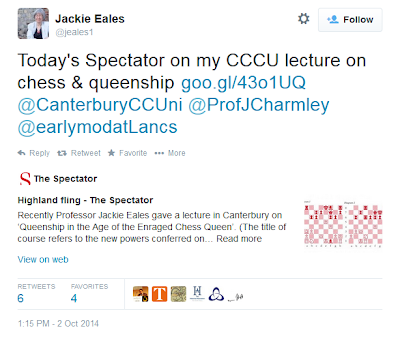 Of course Ray always forgets to mention that this woman is his sister. Look at Impala Publications, or the Brain Trust, and you can see the same pattern. Maybe he has actually forgotten that she is his sister?

Mr Hogg commented to me that the venerable Mr Keene may have been piqued at the erudite professor's discussion of "Enraged Chess Queen" hence his need to save face by forgetting the close familial relationships.

After saving face, Mr Keene will then be able to save other body parts.