Here's a chunk of Ray's Times column for today. If it doesn't already look familiar to you, it will very shortly. 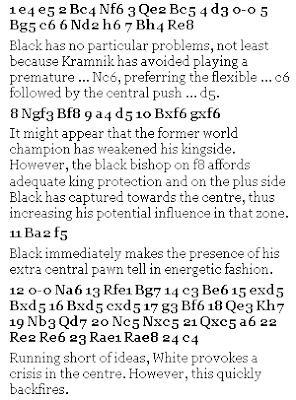 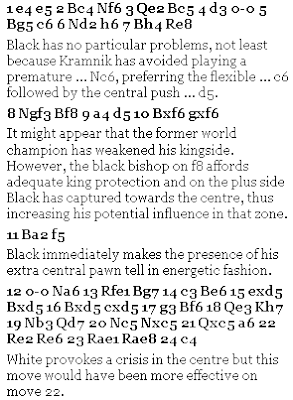 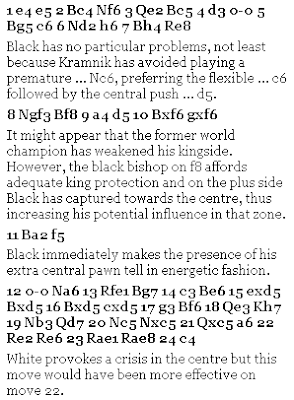 and contributed a little bit to the column for March 16 2013. 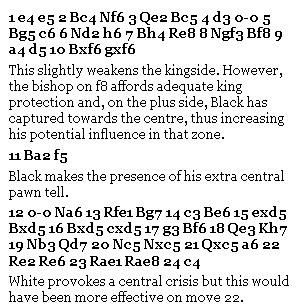 It's not even the first time this week. Or the second.

Yesterday for instance, the note to Black's thirty-eighth in Nakamura-Adams

when he annotated the same game in his column for 21 December 2011.

You may choose to regard that as an improvement: last time he copied from that column 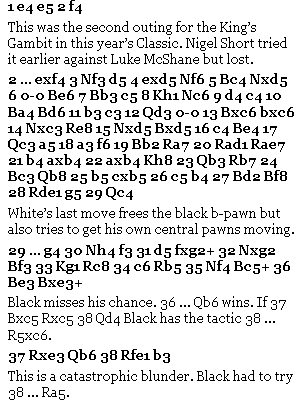 it was for the Sunday Times for 25 November 2012 when apart from making some cuts, presumably for reasons of space

he basically copied out the whole thing.

which is borrowed from its earlier counterpart

but I think the notes to White's tenth are the most spectacular.

Now that's what I don't call a complete innovation.

[* All columns are behind a paywall]