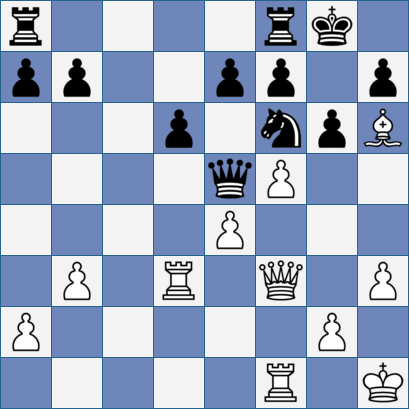 It seems appropriate to leave the year as I began it (SMA#26): a quote from RDK working with a fellow author which carries the implication of ISEs as standard thinking. Something that you simply understand. Or not, as the case may be.

For I’m not at all convinced that my grasp of exchange sacrifices has improved that much during 2014. Don’t get me wrong, it’s been fun and all that. I can at least say that I’m probably better at recognising the potential for an ISE now than I was before. Looking at a whole bunch of these 'normal' exchange sacrifices will do that after all. For example ...

Getting rid ... after the fianchettoed bishop has been exchanged
Kasparov - Speelman, TV Speed Chess 1989


Am I any better at actually doing ISEs, though? I rather doubt it. I could say that exchange sacrifices are just too hard, that they require too much calculation and too much understanding. Although if I did so I’d be hoping that nobody noticed that what I really meant was that they required too much effort. Or too much time, perhaps. I ran short of that commodity for quite a few different reasons this year (one of them being the Chess and Dementia series which began in May).

Not to worry. There’ll be another year along in a minute. And there are so many more areas of the game that I have yet to fail to grasp properly that it seems a little pointless to be overly bothered about this specific one.

And on that somewhat underwhelming note it’s time for me - JMGB - to say goodbye to ISEs and indeed blogging in 2014 as well. I'll see you again in January.

Merry Christmas and all that.

It can be worth checking what an engine thinks in terms of assessment, before and after the sacrifice. In the Spassky-Fischer game, an engine would prefer to hold on to the material with Rfe8, rather than give it up by Qe5, but there's only a quarter of a pawn's difference in the assessment. Other engines may well have different weightings. Traditional piece values of Pawn = 1, Bishop/Knight = 3, Rook = 5 should perhaps be treated as a guide. If you used Pawn = 1, Knight = 3, Bishop = 3.5, Rook = 4.5, the transaction of Rook for Bishop and Pawn isn't a sacrifice, just a trade. Even if you treat it as Bishop = 3.25, Rook = 4.75, it's only half a pawn. You can give that much away very easily without even realising it.

My guess at would be that giving up the exchange is the only way to keep a rook defending f7. (White has to play something like fxg6 and g2-g4-g5, if black doesn't give up the exchange then he has to play e6 or e5 and defend it from the 7th rank, which seems like another weakness, and a passive piece. Give up the exchange, and your remaining rook might be a bit passive if f7 still needs defence, but you get an active queen and knight)

It could be that a computer can defend after 21... Rfe8, but there might be a lot of ways for the human to go wrong. I think a difference of 1/4 pawn isn't really significant, unless it takes you to around a whole pawn to the worse/better. If it's just going from 0 to -0.25, I don't think most people would worry, certainly not 1970s Fischer.