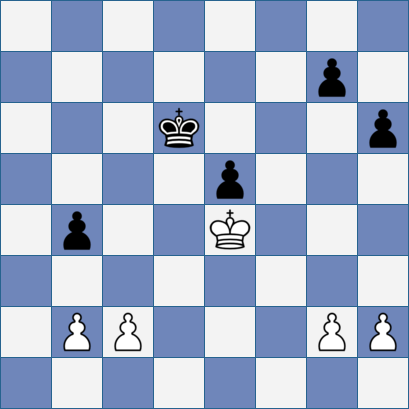 If I wasn’t doing pawn endings this year, I might well have spent 2015 looking at the games of Bent Larsen. Partly because Santa brought me a copy of Bent Larsen’s Best Games for Chrimbo, but mostly because I can’t help but feel history has not been kind to Mr L.

What do you know about Larsen? There are two things that will top pretty much everybody’s list: he got bapped 6-0 by Fischer in the Candidates’ semi-final of 1971 and Spassky smashed him up in just 17 moves in the USSR v Rest of the World match that kicked-off the When we were Kings era. If we were looking for a third Larsen factoid we might well go with him being the first GM to lose to a computer in a tournament game back in 1988.

Seems a bit harsh that those should be the most significant footprints that the Danish Grandmaster should leave in the sands of chess history. He could play a bit, after all. 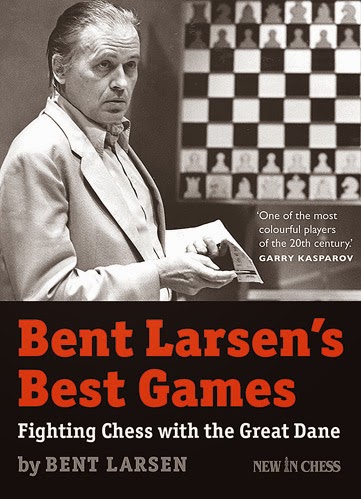 Larsen became a Grandmaster by scoring 14/18 (77.7%) - the highest score on the first board - at the Moscow Olympiad in 1956. Today’s pawn ending came in his game against Gligoric, White trading all the pieces from here ... 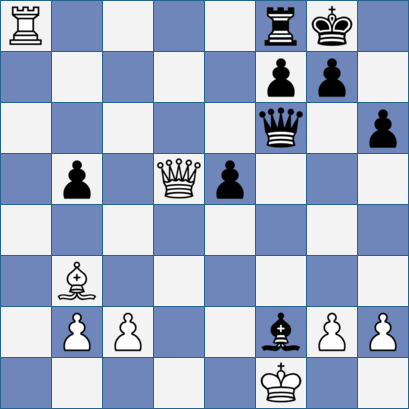 ... to reach this winning king and pawn position. 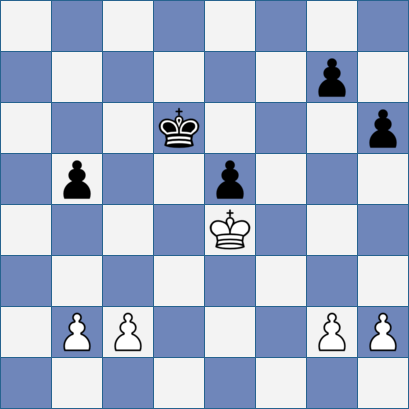 In his notes to the game Larsen points out that if Black had done nothing White would win be generating an Outside Passed Pawn with c3, b3 and c4. Gligoric, he said, "does his best to muddy the waters" with by preventing this simple plan.

Now Black can answer 34 c3 with 34 ... b3. White’s still winning but now he has to be careful because if he just carelessly tries to mop up the e-pawn and head to kingside Black will get to queen his own pawn.

So how’s Larsen going to secure the point? A clue: it will come down to opposition. Specifically, who has it in this position. 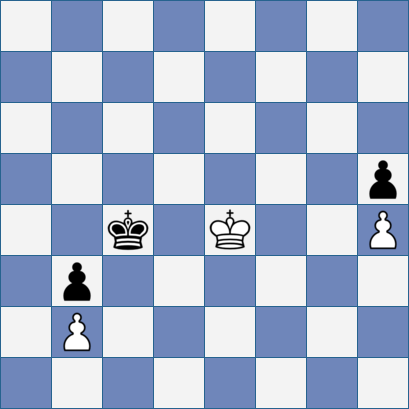 Larsen could at least take comfort from the fact that, although Fischer crushed him in the Candidates, he'd been the only player to beat Fischer in the Interzonal.

Surely 34.b3 wins as well (followed by c3 creating an outside passed pawn)