The series Streatham Strolls offered a virtual tour of the chess history of our locality. It was not exactly "psycho-geography", but after setting out from the Streatham/Tooting/Balham borderlands we found ourselves in some unexpected places, conjuring up some unanticipated heros of chess-times past.

One was Samuel Tinsley (1847-1903), conscientious Victorian chesser, journalist and church-goer, who, as a Lewisham-man, lived but five miles to the east of our patch.

Back in 2012 his grave had only just been identified by the Friends of Brockley and Ladywell Cemeteries after some curiosity about its whereabouts. Upon its (re)discovery we strolled east, hot-foot, to investigate.


This atmospheric photo (and the next) of the headstone is by a good friend of Streatham and Brixton chess, Erika Orsagova. It was taken last December; the ivy is once again reclaiming the stones. 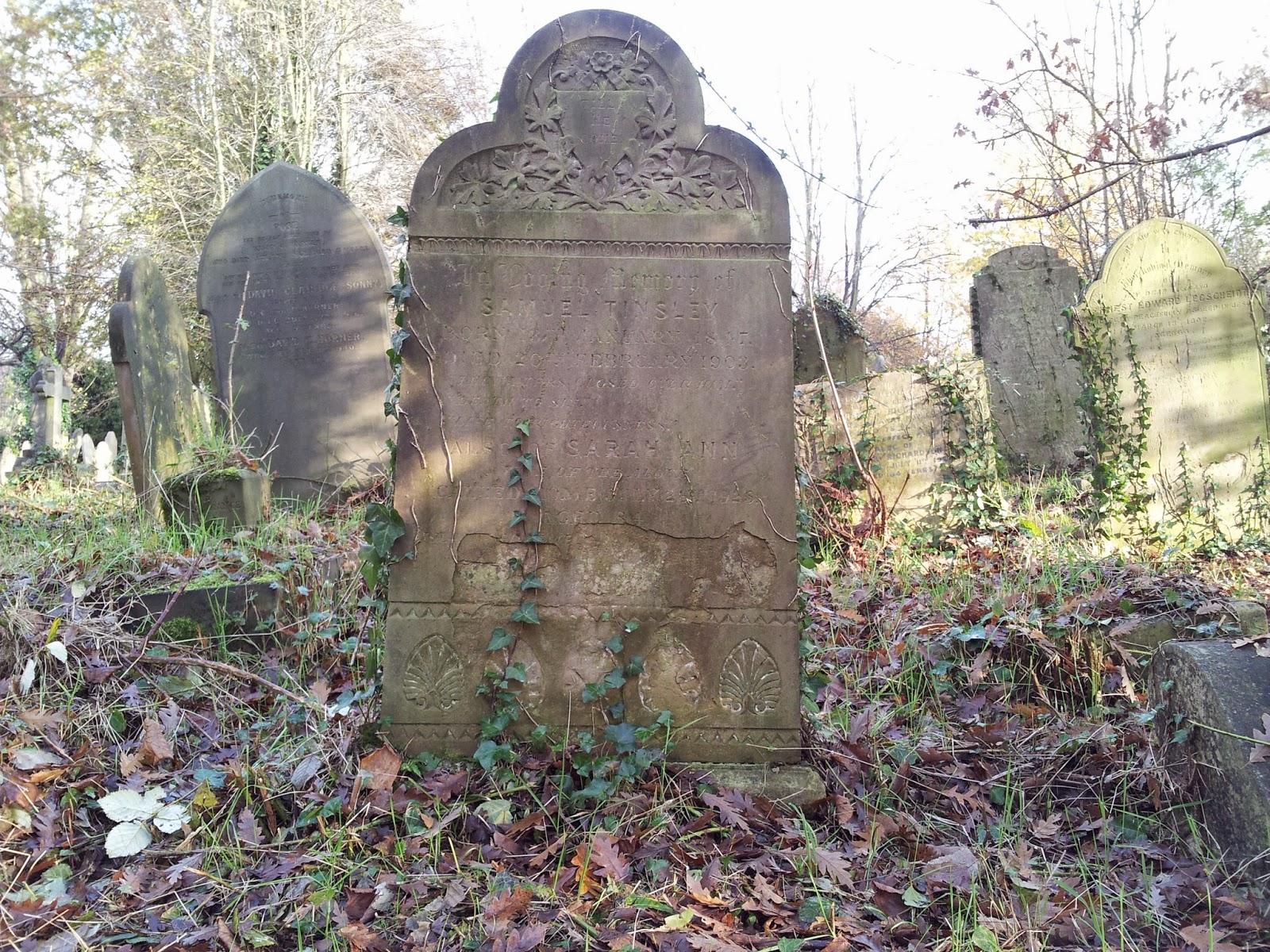 Samuel's name is just readable - but you can't quite make out from the picture the exact day he died. It was... 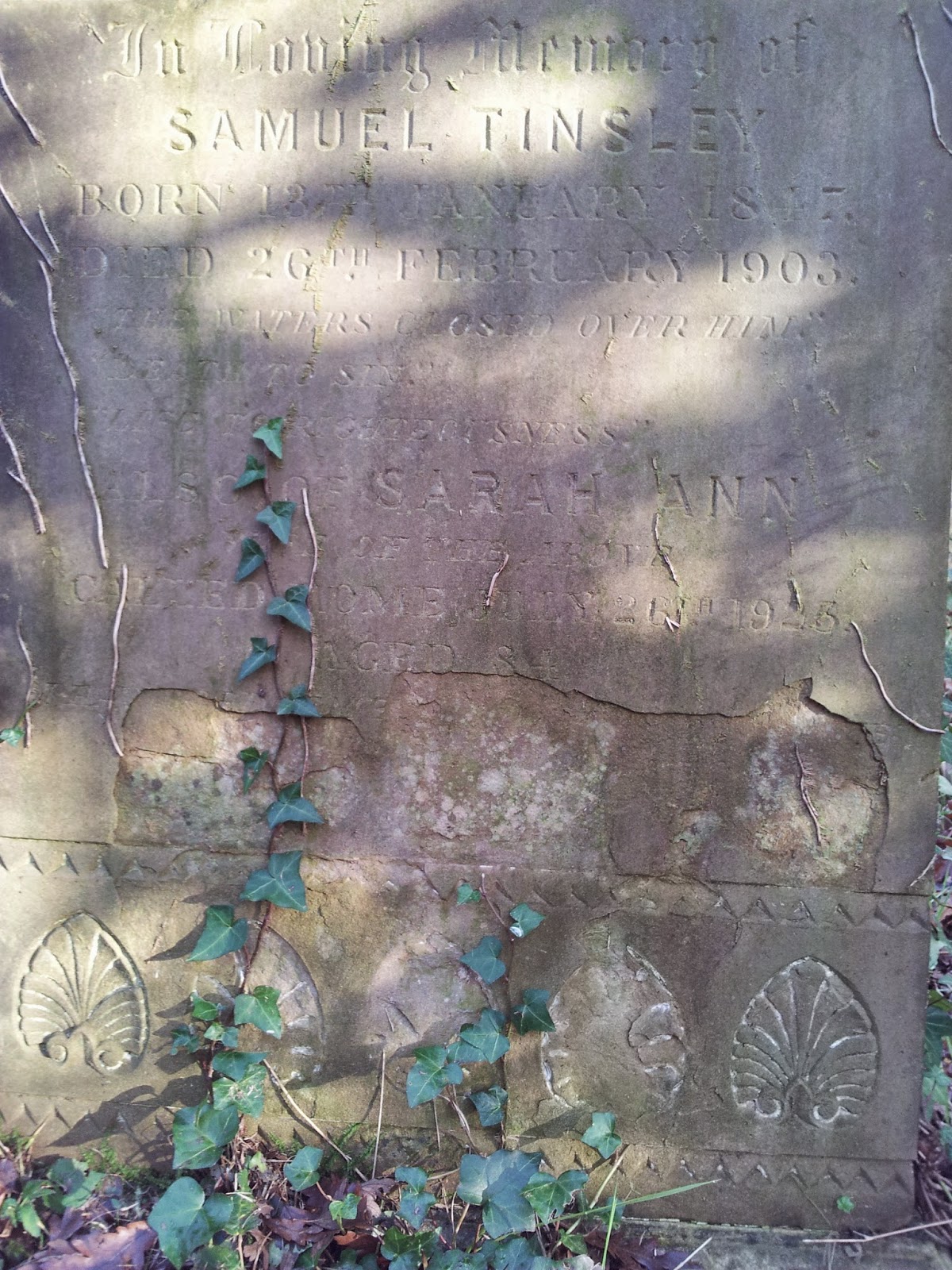 ...the 26th February 1903, which makes today near enough the anniversary.

One delightful consequence of blogging these historical pieces is that, now and then, an interested party from a parallel universe gets in touch; and on a rare occasion a present descendent of a chesser-past emails - out of the blue - to pick up a thread. Thus in March 2014, some eighteen months after the publication of Streatham Strolls East, a comment arrived which instigated a lovely correspondence with Samuel Tinsley's great great grand-daughter Carolyn Mota. She and her family live in Canada.

I have taken the liberty below of quoting from Carolyn's emails:

"Samuel’s daughter Louisa married Theodore Wilson. They had 2 sons, Gordon & Alan. Gordon remained in England and never had any children. Alan moved with his wife (Gwendoline Phillips) and 4 children to Canada in the 1950’s. Their eldest, Janet, is my mother.

My grandfather (Samuel’s Grandson) was very much like him I think. He was a High School teacher for many years here in Canada – teaching Business and Law. He loved to write and wrote his life story before he died. He had an insatiable thirst for knowledge and finding out facts and memorizing them. He was brilliant at games and puzzles. He was a humorous character who entertained constantly wherever he went."

After commenting that her grandfather had "Tinsley" as a middle name, following a common practice at the time, Carolyn had this to say about Samuel Tinsley's obituary:

"I found it interesting that Samuel’s Obituary does not mention his daughters (and I don’t even think wife!). Quite funny actually. But I remember even my Grandfather being big on the sons and carrying on the name, etc.. Women were a lot more “over looked” back then! All family accounts of Samuel’s daughter Louisa, are that she was no little wall flower. She was pretty feisty and wasn’t afraid to tell you something! She lived on well into her 90’s I think. ... The Obituary talks about Samuel’s son, Frank Tinsley – and even my mother remembers him. He was a favourite..."

And here she is: the feisty daughter Louisa...


...in a Victorian family photograph taken in Lewisham, and again in this lovely later portrait, now as Mrs Wilson with her two young children. On the left is Samuel's grandson Alan - Carolyn's grandfather to be. 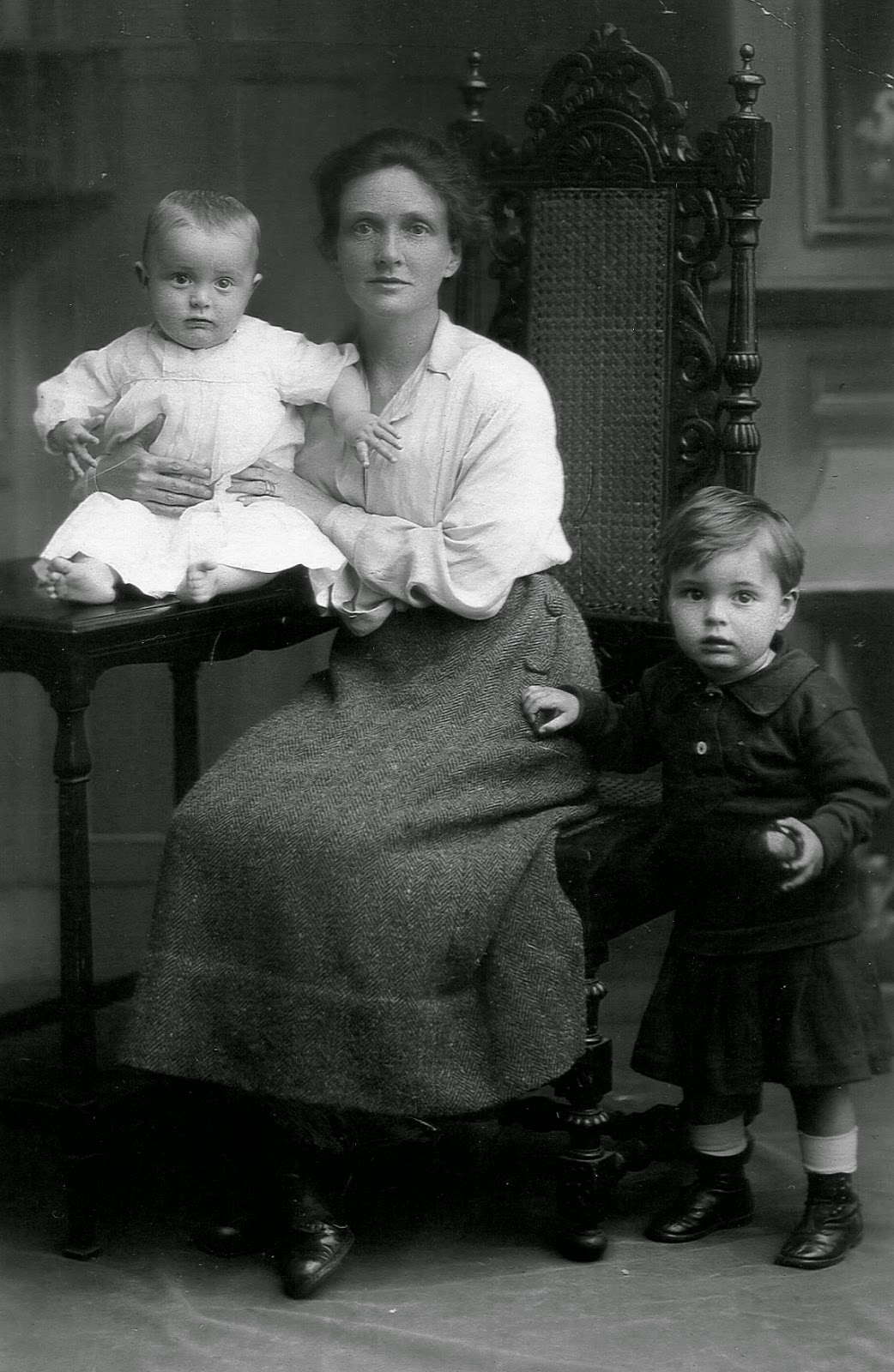 And even more remarkable is this portrait, and its reverse, of Samuel Tinsley himself - suggested to be at the age 55, i.e. in 1902 - published here with thanks to Carolyn and family.

It seems that the chess gene is still alive and kicking in the family as Carolyn's son Sean plays, and he has written a brilliant school essay about his forebear which reminds us of the claim - mentioned, for example, in his obit in BCM 1903 - that Tinsley was an unusually late-developer, not gaining his chess strength until he was in his forties.

As a tribute to his chess, and a tie-in to the Streatham Strolls theme, here is a game he played against sometime local chap Isidor Gunsberg (1854-1930) - he who makes frequent appearances on the blog, for example here, and here. This neat demolition job will gladden the heart of any French Defence devotee. It was played in 1890 - when Tinsley was 43, by which time he clearly was a strong player.

[Note: if you are reading the Blog via Safari, and the above game doesn't show properly, try via Google instead]

Given that Samuel Tinsley had a goodly number of offspring, there must be many of his descendents out there, perhaps with more photos and maybe not realising their significance to chess history. If you are one, and have just stumbled on this post – we’d love to hear from you!

Acknowledgements
With thanks again to Carolyn and Sean Mota, for their contributions to this post; and to Erika Orsagova for the photos.