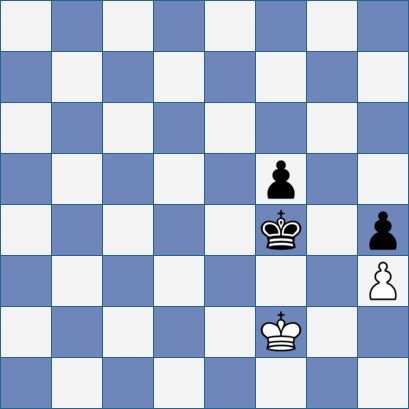 There was one Soviet grandmaster who explained to me what Soviet morality is. It’s very simple. To the Soviet man, "if I fuck your wife that’s good, but if you fuck my wife that’s bad."


Not that you hear much of that sort of thing nowadays. Clearly if Oceania is mates with Eurasia then Oceania has always been mates with Eurasia. The mate of the moment representing absolute loveliness, it follows that any past or future disagreement with him must be impossible.

Anyhoo, last week (SMA#31) we had Viktor Korchnoi giving GM Joel Benjamin a ticking off viz-a-viz the "ABCs of chess". This week’s king and pawn action continues the theme. As it turns out, not all of them there Russians knew the basics. Although it will take a little bit of that Soviet mentality for us to discover that. 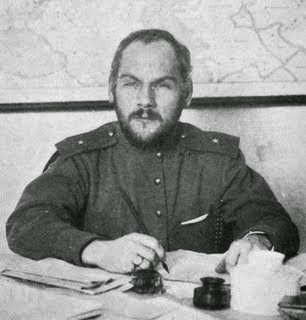 Nikolai Krylenko. Readers with elephantine memories will remember we had him on the blog at the start of When we were Kings His most famous chessic bon mot tells you all you need to know about his sense of chess morality.


Viktor Korchnoi will tell you that what that means in practice. It’s him and Petrosian being called into some commissar’s office in the middle of their candidate’s semi-final match of 1971 and being told to arrange the result on the basis of which of them had the best chance of stopping Bobby Fischer getting to Spassky. It’s participants in junior events being told to fix games so the 'right' child wins the tournament. It’s pretty fucked up, is what it is.

Hardly surprising that if you’re brought up and live in that kind of environment you find yourself doing the kind of thing that chaps wouldn’t normally do to other chaps. Doing it for you own benefit, that is, rather than for the glory of the revolution.

Which brings us to the position at the head of today’s blog. Yudasin - Osnos, draw agreed. Dvoretsky takes up the story.


With his last move (1 Ke2-f2), Yudasin offered a draw, adding that this position was a well-known draw, which one might find in any book. His opponent, an experienced international master and an experienced trainer (he trained Viktor Korchnoi for many years) believed him, and accepted his offer!

After ... we reach a position which is, indeed in all endgame books (Fahrni - Alapin), but it’s a win. Black wins by triangulation. 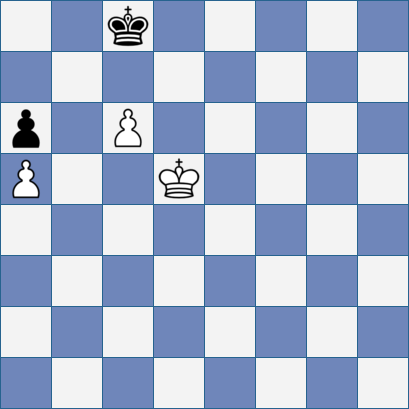 That Soviet mentality eh? You fuck their wife - that’s bad. They trick you into agreeing a draw in a won king and pawn ending - that’s good.

No doubt Krylenko would have approved. Although what he’d have to say about mentioning the extra-curricular jiggery-pokery in a rival’s obituary remains unclear. You’d have thought that even communists would have drawn the line somewhere.