On Lessons and Chapters 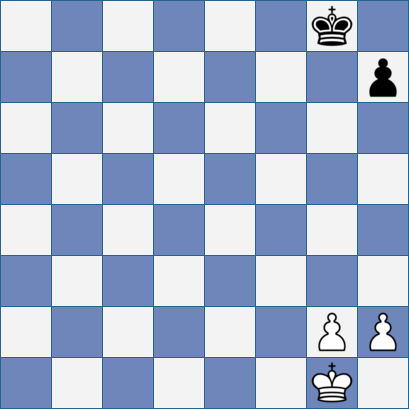 Are you even sure Benjamin's book is meant as instruction?

A very reasonable question it is too. My short answer is,

Dunno, but New in Chess (the publisher) think that it is.


If pushed to expand still further I’d go for,

Dunno, but New in Chess think that it is and if the author feels differently then it’s his fault that nobody knows.


Eventually I’d end up at,

Dunno, but New in Chess think that is and if the author feels differently then it’s his fault that nobody knows. Look at Jonathan Hawkins’ From Amateur to IM if you want a model for how an author can make his intentions absolutely clear.

No, I don’t know for sure whether Benjamin meant Liquidation on the Chess Board to have any instructional value. The publisher is certainly selling it on that basis, though. Aside from their email circulars (see Niall’s comment from last time), New in Chess’ back cover blurb contains the following,

In this book, former US Chess Champion Joel Benjamin teaches you all you need to know about successfully liquidating into pawn endgames. He focuses on the practical aspects: what to aim for and how to get there. When to start trading pieces and how to recognize favourable and unfavourable liquidations ...


This is a ground-breaking, entertaining and instructive guide.

Is an author responsible for ink spilt in their name by a book’s publisher? Obviously not, and yet Benjamin is at fault for any confusion here.

The trouble is, as I pointed out last time, he doesn’t say anything at all about his intentions for the book or how he imagined his readers might use it. Which means 'I didn’t mean it that way' - which is not, as far as I know, something that Benjamin himself is actually saying - is  no defence at all. 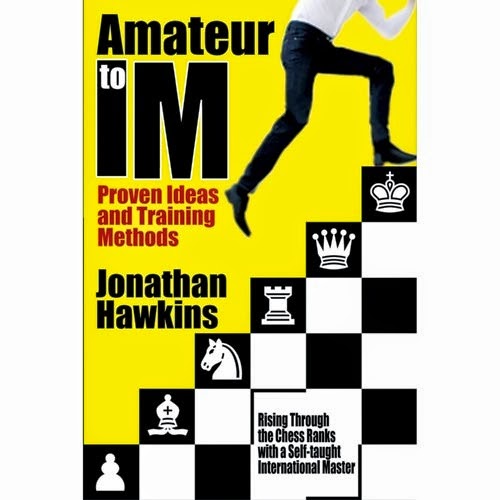 Contrast Benjamin’s silence in this area with the way Hawkins very definitely and quite deliberately nails his colours to the mast in Amateur to IM. There’s a section in his introduction which he calls

Aims of the book

for a start. Under this heading he writes,

Everything we learn we will try to understand to the level where it can be used in a practical game.

There you go. Hawkins' book is supposed to help you play better. You can’t get clearer than that.

It is no surprise to discover that in contrast to Benjamin in Liquidation ..., Amateur to IM’s author goes on -  to outline his thoughts about how the book might be used to achieve that goal.

When we encounter a specific theoretical position (or type of position) ...

... I would recommend playing it out several times, against a playing partner or an engine. My favourite way to do this is to play without studying the position at all. Only afterwards do I study the analysis of the position and repeat the process. In this way you will see the problems in the position really clearly, since you are already committed to thinking rather than just memorising.

At the start of his chapter "Capablanca's Pawn Endgame" - that he actually calls each section of his book a 'Lesson' is rather revealing, I think - Hawkins returns to the theme:-

Before we proceed, the reader may wish to take some time to practice playing this position against a partner (human or silicon). It can be useful to get a 'feel' for a position by playing it out before studying the theory.

That coming after the "Lesson Aims" stated explicitly at the beginning of the chapter - sorry, lesson - one of which reads,

Realize through training games how effective the calculation becomes when it is combined with key reference points and achieving clear plans. 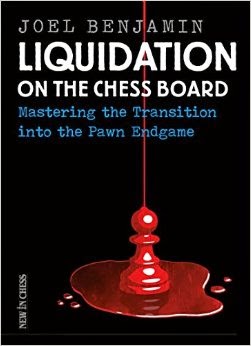 It’s not that I think Liquidation ... is lacking in information. It’s not that I’d quibble if anybody called it "entertaining". I’d certainly agree that give the reader exercises to solve as Benjamin does is a vital if an author wants his or her book to have any practical value.

I do think, though, that Benjamin’s decision to present his main text in the way most chess books do is problematic. My conclusion remains the same as last week:-

... authors who put some thought into how their readers might best engage with their book are much more likely to produce a text that’s much more helpful that writers who don’t.

And if Liquidation was never intended to be to have instructional value? Well then Benjamin should have said so, shouldn’t he?

How interesting! "Capablanca's Pawn Ending", so badly treated by Fine, was the impetus for me looking at Walker's Treatise. Take a look at pages 223-224, Thirteenth Situation through the Sixteenth. Walker did not do such a good job either. Mind you, I am not using a tablebase, just shifting the pieces on my own.

As for your criticism of Benjamin, I should first say that I haven't read either book, so I can only react to what you have written. It seems that Hawkins has written two books in one: (1) some interesting chess that we can learn and learn from; (2) some unique instruction on how best to learn from the chess in (1). Benjamin, on the other hand, has written one book in one: just the chess part. This of course is "the way most chess books do", and is in fact my preference. I would not want to see part (2) in EVERY chess book on the shelf; the more actual chess in part (1), the better, from my viewpoint.

The part (2) contribution by Hawkins seems quite valuable though, and I will probably get his book just to see what he has to say. It also seems generally applicable. In other words, it should apply just as well to the chess in Benjamin's book as to the chess in Hawkins's book.

I actually followed Hawkins advice on this pawn ending (played it against Houdini), which was something of an eye-opener.

I think the point being got at is that most chess books (Benjamin's just being typical of the genre) have a heap of examples that you're meant to work through, and hopefully something will stick.

AOC makes the point that Hawkins' advice could be applied to any book (correct me if I'm wrong AOC). However it seems to me that it's not enough to just put lots of material in the book, the author should also:

- Define his target audience
- decide what their needs are
- create material based on those needs
- explain to the student how to best make the use of the material
- Give the student ways of checking that his learning is effective (exercises, end of lesson tests)

So basically the author needs to be able to create lesson plans, and needs to have good pedagogical skills. Ideally the stuff put in the book has already been tested in a classroom or club training situation, allowing the author to see how effective it really is.

Yusupov has done this, and also Silman. Possibly other authors whose work I haven't read have put in the same work, but amongst amateur players, Silman and Yusupov are mentioned again and again as being good authors, simply because they've actually thought about who the reader is and what he needs.

Well, sure, an author who includes all those points is likely to have written a good book. (I think Lev Alburt is another one who does similar.) It does not follow, though, that an author who made no effort in that direction has written a bad book.

These "recommendable" instructional books are not my cup of tea, however. I favor well annotated game collections, best of all when a GM annotates his/her own games. Other than that, any random collection of interesting positions will do (e.g. Amatzia Avni), and I have no objection if the book doesn't even have any words (Sutherland & Lommer, Informator, Polgar, certain ones of Reinfeld, etc.).