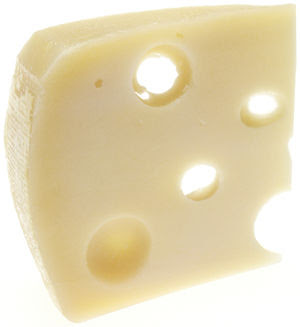 “Did you deliberately drop the pawn?”

So asked my friend and fellow Morgan Daniels after our recent match for United Hospitals in the London Banks’ League*. I tried to pretend otherwise but pretty soon I had to admit the grizzly truth was that I’d just blundered it away. Having spent most of the thirteen moves that led up to this position 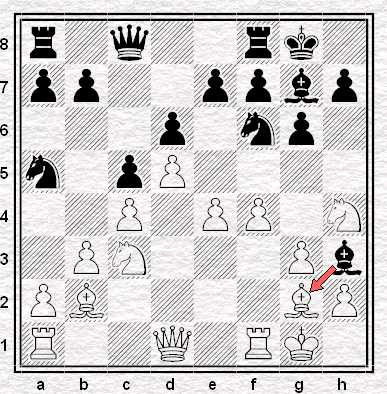 looking out for tactics based on … Nfe4 I’d contrived to overlook the fact that after Black swaps bishops my e-pawn is going to fall.

After I’d fessed up Morgan told me that the way I played my next few moves made it seem like I’d done it on purpose. Funnily enough that was exactly what Peter Lalic had said after our game in the Surrey League played, without music, exactly a week earlier. I'd aimed for this position 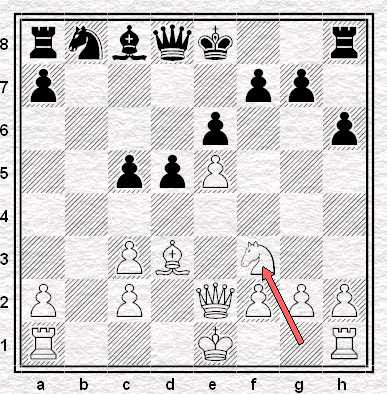 and quickly played my intended Ng1-f3. In case you were wondering, yes I really did miss Black’s threat.

The truth is probably that I’m able to remain** calm after committing such hideous errors because I get so much practice at it. About a fortnight before the Lalic game I managed to do this 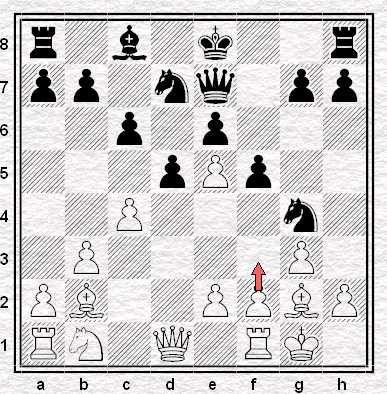 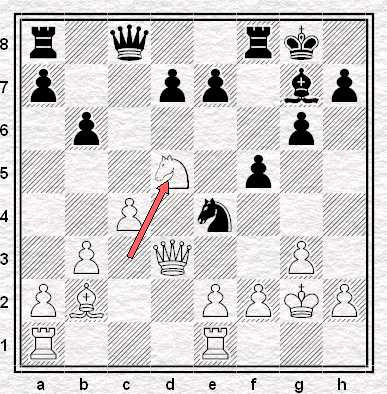 in games played three days apart. In the first I’d seen a couple of moves before that f2-f3 was impossible but then when the time came I rejected my intended cxd5 and Qd3 thinking that I could bust the centre open by kicking his knight with my f-pawn and then advancing my e-pawn. In the second I thought was gaining a tempo to swap the dark-squared bishops but after Black’s reply I was reminded that I’d spent much of the evening before the game lecturing a beginner on Red Hot Pawn all about the weak-point at KB2 and how he tended to leave this square undefended.

Think I’m making this up for a blog post? If only that were true; and it’s not just that I’ve been blundering material away either. Sandwiched between my Banks’ League game and my encounter with Peter I got this position in a match at London Deaf Chess Club:- 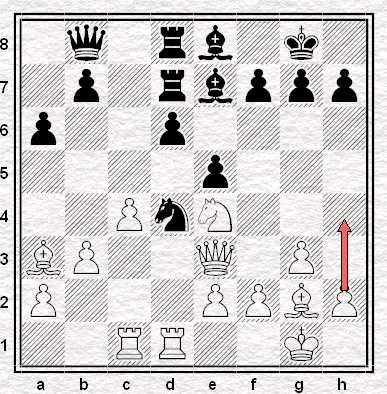 After four(!) minutes' thought I played h2-h4 to prevent Black hitting the knight then bringin his bishop to g5 skewering my queen and rook. Quite a bit of my thinking time, incidentally, was spent wondering how I’d failed to see this threat before.

I have plenty of other examples I could have chosen. These are just the ones from games I’ve played since the beginning of February. When I blundered a central pawn away at the Torquay u-170 last November 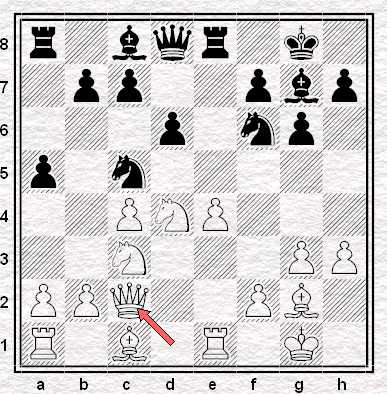 I dismissed it as a one-off abberation but now these one-time things are happening almost every single game.

Given that I'm able to drop material or invent phantom threats at any time it's amazing I've been able to score any points at all but incredible as it might seem I actually ended up with a positive score (+3 =1 -2) from the games I've mentioned today. I've been helped by large dollops of luck later on and the fact that some of the time my position after the lost material hasn't been so bad. You may want to amuse yourselves by having a guess at which result goes with which game. In the meantime I’m going to try to work out how to plug the holes in a brain that has suddenly turned into swiss cheese.

** Well, appear calm anyway. Inwardly I’m experiencing an inner dialogue on the quality of my play that consists of a torrent of words beginning with S, F and C.
Posted by Jonathan B at 8:36 am

By my calculations, I'm 2.5/3 in tournament games in which I accidentally lose the exchange.

I've had a few good wins where I "sacced" the exchange. Except I only did it as I felt I had no other option as my position was going downhill. Surprising you got so many points out of those positions, but a lot of people are very good at playing "normal" chess. Probably because these positions crop up all the time. When a material imbalance occurs then they tend to lose their bearings very quickly. This may suggest that pawn sac openings are used too little. Probably more the ones where there is nothing much going on and nothing is going to be resolved anytime soon, rather than some sharp tactical line. People may be put off these openings as they score badly at GM level. However neither you or I are GMs and although we may like to have our repetoire honed for when we are, maybe it's better to get better results now and then worry about the change when it comes.
Andrew

I'm more not a GM than you are Andrew! I agree with your point about openings though.

btw:
the results in order were ...