This is the end VI

Endgames to the left of me, endgames to the right of me .... it was only the beginning of last month that I was lamenting the fact that actually getting to play an endgame out could be rather difficult for club players (TITE IV; TITE V) and now I find myself having played four king and pawn endings in the last couple of weeks alone.

Quite handy, then, that review copies of Ginger GM's Killer Endgames DVDs (see above) should have just dropped through the letter box. I haven't had a chance to watch them yet, so it's probably just as well that the king and pawn positions that arose were rather straightforward, as the final positions of those games indicate:- 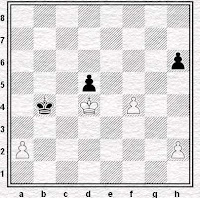 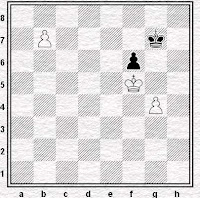 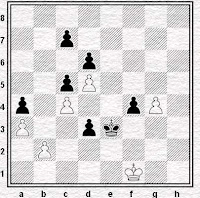 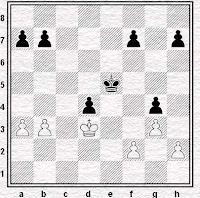 Not that things are always so easy. Take this position, for example, 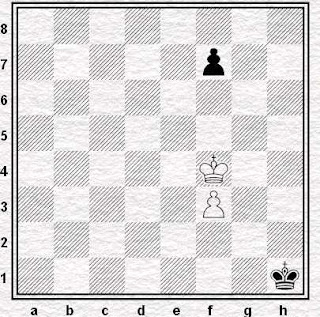 which I found in Nunn's Secrets of Practical Chess (Gambit 1998). White to play, what result?

Anyhoo, by the time you read this I'll have wended my way out of London to a land without internet. I'll be back in a week or thereabouts with a review of those DVDs and a word or two about Sunningdale. Behave yourselves while I'm gone.

I'd guess that Kg3 is the move. Fends off the king and counter-intuitive enough to feature in a book...