On the Appropriateness of Forgetting 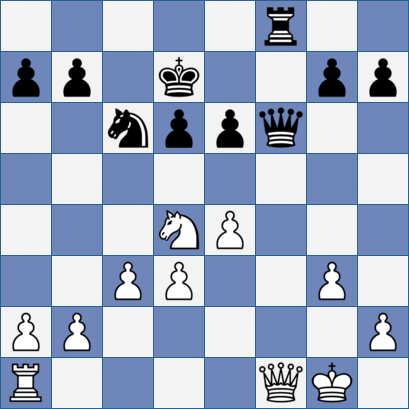 I was always going to include this one at some point. The final moves of the final serious game of Kasparov’s chess career. How could you not include them in a series on king and pawn endings?

If I’d thought about it, I’d have done it two Mondays ago (when I did BORP? XXXII instead) to coincide with the Kasparov - Short, "Clash of the Legends" St Louis match. That would have been entirely appropriate. That I didn’t wasn’t a conscious choice. I’d simply forgotten all about Topalov-Kasparov.  By the time Angus reminded me it was much too late to do anything about it.

So this post would have been much more timely a fortnight ago. Still, as it happens, I’m rather glad that I’d forgotten how Kasparov ended his chess career. 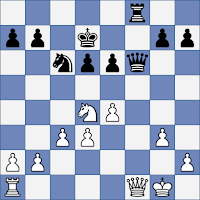 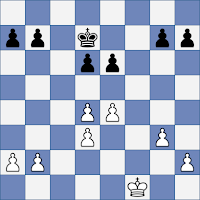 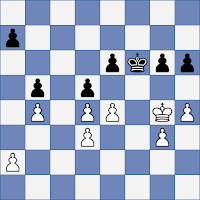 When you look at the position that Black has at move 21, there was no obvious reason for Kasparov to trade down against Topalov. Every reason not to in fact.

As even the humblest chesser knows, you don’t trade into a king and pawn ending unless you’re sure. Unnecessarily trading into a pawn endgame that is lost and not drawn after all is the mistake of a rank amateur. it’s hard to think of a more inappropriate  way for an historic great like Kasparov to finish his playing days.

So how did it happen? As Aagaard will tell you (e.g. in Excelling at Chess and Grandmaster versus Amateur) one of the ways in which our betters are better than is that they think in a much less forcing way than we do. How did the greatest ever end his playing days making his opponent play down a winning line rather than keeping the pieces on and maintaining the tension?

The answer, I suspect, comes in the press conference Kasparov gave afterwards. It’s next to impossible to play this game when you know there isn’t going to be another.

I’m sure we’ve all had the experience of playing a league game dead tired after a long and hard day’s work. Faced with a choice of resolving the game there and then or keeping on playing, this is how the internal dialogue goes:-

Our Inner Chess Guy: Do it and it will all be over.


Inner Chess Guy is tired and wants to go home.  So he’ll turn off the alarm system that would - on a normal day - tell him that danger is approaching.

So now imagine yourself in Kasparov’s position. He’s not just wiped at the end of a game or even at the conclusion of a tough tournament, but at the end of a 35-year career as the greatest player the chess world has ever seen. A career that's going to be over pretty soon anyway so why not finish it right then and there? All he had to do is convince himself that the pawn endgame was holdable and  job done.


I can happily live without the away-from-the-chessboard I Am Garry persona, but Kasparov the chesser is important to me. When I think about his games there’s much too much good stuff to remember for me to want the end of the Topalov game to be the first thing that comes to mind. A fortnight late this post might be, but I’m very glad that Kasparov’s last pawn endgame wasn't what I was thinking about when I settled down to write a something two weeks ago.

Kasparov
Posted by Jonathan B at 8:00 am