I found it hard to write anything for today. You'd think I'd be fresh after the Xmas break, bubbling with new ideas and all, but truth is I wasn't, at least not until Nigel popped up at the weekend. Hard to say exactly why, but I think I realised, a few weeks before Xmas, that - at least temporarily - I'd lost my enthusiasm for chess. For playing chess, at any rate.

I'm not sure exactly why, or at least why now - it's been several years since I stopped playing chess regularly, i.e. throughout the year, and settled into a pattern of playing one or two tournaments each summer. Last year there was Sitges in July and a Golders Green weekender in August. It's probably not the way to keep yourself in tip-top form, but it's quite a good way to stop yourself ruining your weekends for most of the year. I'm sure, though, that the feeling you're not giving of your best doesn't help you retain your enthusiasm for playing, but as I say, that's been true for a few years now. But in previous years I haven't felt the same ennui.

Maybe it has to do with also realising how much of a drag it is to look at opening theory. This never used to be true, but then again, I could always previously see the results on the chessboard (results in terms of good positions out of the opening, mind, as opposed to actual results on the scoreboard). Now I'm not playing much, I'm not seeing those results, I'm just seeing the slog involved in trying to keep up - which, it seems to me, I have to do more, rather than less, in order to refresh my memory, since the positions I'm looking up aren't appearing on any actual real chessboards in any actual real games. And naturally, since I'm past fifty now, I can still see lines I looked at more than thirty years ago more clearly than lines I looked at just last week. 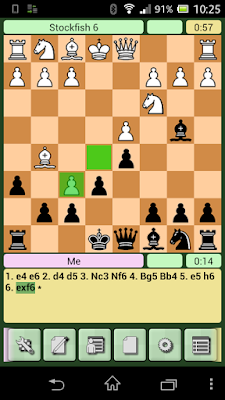 I got my first smartphone about fifteen months ago and one of the first things I did was download Stockfish so I could play chess on it. Aha, I thought, I need never go rusty again. And how right and how wrong I was. I've not been rusty since. I've just gone stale.

It's not the one-way traffic that gets to me so much. Of course I've got it cranked up to give me a chance (the program gets a minute plus a second every move, I get fifteen minutes and five seconds) and I do occasionally get a draw off the program, or even (though, for some reason, never once with White) a win. At the same time, it doesn't do much for your confidence when you're getting pasted nine games out of ten, and it doesn't do much for your confidence in your favoured lines when the computer trashes them over and again. Which, in turn, makes that tiresome openings work all the more tiresome. 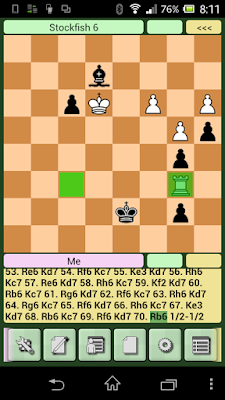 It's not the losing that makes you stale, it's the losing in the same way to the same opponent. You can't have fun and have an unsound hack against the program, because it sees the hack coming. (Not always, in truth, but much more than is worth your while.) Most of the strategies that are available to you over the board, especially when you start losing, are simply not available to you against the program. And given that there's not much more that's fun in chess than getting out of it when you looked utterly lost, there's a lot less fun in playing the game this way.

No, I don't want to play three-minute chess online against strangers I can't see, and their computers. Besides, I live in the country and the internet is dicky here. No, I don't want to play correspondence chess on servers against strangers I can't see. Well, I do, but not against their computers, either from the start or from the point where I turn down their draw offer. (As one opponent plainly did against me a couple of years ago, turning my slight advantage into a rout, for them, in six or seven moves. Do me a favour.) 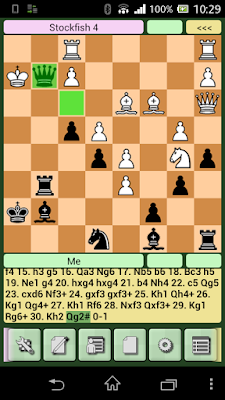 I've even won a couple

No, if I'm going to play against a computer I want it to be against the one I have right here. Only it's not much fun that way either. Not often. 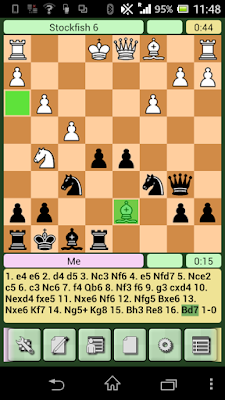 Mostly though...
Hey ho. Lack of enthusiasm for playing and a consequent lack of enthusiasm for writing about it. I don't think it's a permanent state: it's not chess as such, just the way I've been taking it. Well I still like watching the game as much as ever: I loved watching the Qatar Open and even some of the duller rounds from London. And I'm guessing that I'll be keener to play when I actually get the chance to sit down at a proper board again.

It might take a few months before I do, though. I blame the machines.
Posted by ejh at 7:55 am

I know the feeling. Forget chess, Suffragetto's the game for me. http://www.bodleian.ox.ac.uk/johnson/news-archive/news/playing-with-history