Similar to the Oscars?

This week the movies come to chess. A reversal of our usual procedures. 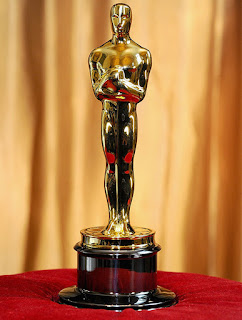 Many of the recent headlines have been about "people of colour", as our American cousins put it [albeit without the u, as EJH points out], and who does or doesn’t get a chance at winning one of those nifty statues. This not at all unreasonable given the grand total of zero nominations for non-white actors in the past two years, but the current circus is just part of a much broader story. The big picture is the decisions that the major studios make with respect to which films get made and  what Nadia and Leila Latif call the "... whitewashing of Other narratives ...." within the film industry as a whole. Amongst other things that includes the issue of  how women work in and are portrayed by the movie business*, Friday’s absurd comments from Charlotte Rampling notwithstanding.

The bottom line: The Oscars disproportionately reward a certain type of film and a certain type of person. They are unrepresentative because they are chosen by members of an Academy which is overwhelmingly white, male and ageing.

Is this ringing any bells?

And so we turn to the English Chess Federation.

You may recall how last year the ECF successfully implemented "... a system similar to the Oscars ...." for their Player of the Year award. Which is to say they came up with a list of candidates that was  just about as lacking in diversity as could possibly have been achieved. Charlotte Rampling would probably have approved. Some of the rest us were less happy.

So much for 2015. How do things stand at the start of the new year?

For the little that my opinion is worth, I feel that Mike Truran’s recent appointment as our national body's CEO** is a reason to be cheerful. He is closely associated with the 4NCL, after all, which was set up with rules that ensure


True, this (usually) leads to the same female to male ratio as you’ll see in Tarantino's The Hateful Eight. Still, while one to seven would be piss-poor representation in any normal circumstance, neither the chess world nor the movies are anywhere close to reaching the point at which the usual standards apply. In terms of promoting and encouraging diversity in English chess, then, the 4NCL's rules are very much to the credit of anyone and everyone who implemented them.


Truran's appointment might be a step in the right direction. Nevertheless, no one person is going to be the solution to the ECF’s diversity problem for the simple reason that such difficulties are not caused by individuals in the first place. Not even this one. The English Chess Federation’s embarrassment is not that Stewart Reuben continues to make crass and obtuse pronouncements in this area. It's that what he says and does continues to be tolerated.

It’s not at all clear that the ECF as a collective body has the desire or ability to say something like,

We aim to encourage more women to play chess for no other reason than we would like to encourage participation amongst groups that are currently under-represented in chess. We reject any statement or implication that the ECF welcomes women for the benefits that they bring male players.


any more than it would be willing and able to add,

Stewart, what you’ve been saying until now makes both you and us look like clueless nerks. You’re going to have to stop.

Neither, more to the point, is it clear that the ECF has the collective will or ability to transform itself with the cultural changes that would make either of those things possible.

Unless it happens, though, it won't matter of if the CEO is Phil Ehr, Mike Truran or Germaine Greer. It won’t matter if the ECF continues to be staffed by people who are thoroughly good eggs individually. Unless the English Chess Federation makes the changes that allows it to become an organisation that values and promotes diversity it, not to mention English chess as whole, will remain just as it is now. 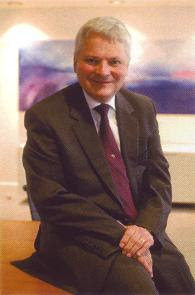 The ECF aren’t alone in having a problem with diversity (see, for example these news reports on classical music and medicine). Such issues are tremendously difficult for organisations to solve which is not particularly surprising given that they’re invariably historic in origin and influenced by forces that operate across society as a whole. What you hope for is not a solution by tomorrow week, just a sign that somebody cares and wants to try to move things in the right direction.

With the Oscars, there’s a clear sense from the Academy that something needs to happen, that improvement is needed.  Right from the off Cheryl Boone Isaacs, Academy President, was promising “dramatic steps” would be taken to put things right. Talk of broadening Academy membership and changing the nominations rules quickly followed.

It is also notable that Charlotte Rampling’s "racist to whites" and “Why classify people? These days everyone is more or less accepted" comments were swiftly followed by a 'clarifying statement'. Notable and entirely predictable. These days you can’t be quoted as Rampling was and just walk away. From a PR point of view it’s simply unacceptable. Not in the film industry, at least.

Compare all of this with the English Chess Federation response to its Player of the Year gaffe. It’s one thing to come up narrow list of candidates. It’s quite another to allow yourself to be shown not to give a flying fig about diversity with an subsequent explanation that includes (amongst much else),

The view has been expressed that most of the nominated players are white. The committee did not notice this. I think that demonstrates we are not biased.

as well as the explicit statement that acknowledging the lack of diversity within the ECF is in and of itself unwelcome.

A watershed moment for the Oscars and the film industry might have just been reached. I’m afraid I see no similar reasons for optimism for English chess.

Maybe things will change in the future. Right now, though, with respect to diversity we’re doing much much worse than an industry that’s getting a comprehensive shoeing for its poor representation of minority groups.

Be like the Oscars?  English chess should be so lucky.

* If you happen to be interested in this sort of thing you could do worse than watch Legally Blonde and then seek out the originally script which is knocking around the internet somewhere. Compare that with the version that finally made it to the screen.

** Everyone has their own view of how it came to pass that the ECF needed somebody to fill this particular chair. I have no desire to get into that today. All that interests me here is the point that if we are going to have a new CEO I’d rather it be somebody who has form for being on the progressive side of the diversity argument.
Posted by Jonathan B at 8:00 am

In the circumstances, the fact that the ECF President has written an article in a newspaper that generated this response

"I read a sexist Sunday Times article about women doctors ...."

and many like it is not amazingly helpful. Whether the article actually was sexist I’m not qualified to say as I haven’t read it. That’s one reason why this bit is in the comments and not the main article. In any event, the perception of sexism is problematic for English Chess.

At the very least, we're in a position where both our best-known player and our leading representative are regularly in the habit of making commentary on the subject of women that annoys (and worse) a lot of women. This mayor may not prevent any young women from playing or continuing to play the game, but it's not right and it's not good.