There'll be no blog post today. Sorry about that.

I'm not sure what I would have written about had there been one. Another page from our Penarth Diaries, perhaps, or maybe something about the Olympic badminton disqualifications coming on the same day that the leader in the British Championship played 18 moves then packed it in for the afternoon.  One of those two probably.

Whatever it was going to be will have to wait for another day. Still, if I can't write you a post I can at least tell you why it is that you're not going to get one.

I worked late yesterday. It's far from the sort of thing I'm inclined to do, but sometimes you don't have a choice do you? On this particular occasion I was involved in the early stages of an investigation into whether it was necessary to invoke a procedure known in my trade as the Protection of a Vulnerable Adult.

A couple in their nineties. A person who may or may not have relieved them of a small sum of money and who may or may not have doctored paperwork to cover their tracks. It was, you might imagine, not a particularly pleasant thing to be looking in to and not just because of the natural distaste we feel when it seems possible that members of society who are least able to defend themselves have been exploited.

I say 'possible' because I have no idea what went on. I know something happened, I just don't know what it was. There will be an explanation - although not from me as my role in the affair is now over - but what that turns out to be, muddle or something more worrying, it is impossible to say at this stage.

Since I don't know what will happen, let me tell you what won't. There won't be an investigation into the agency involved and whether they underpay and overwork their staff, let alone whether their recruitment and supervision practices leave anything to be desired. There won't be anybody looking too closely at how Social Services choose the companies that do this kind of work on their behalf nor how much they are paid to do it. Has the council slashed the social care budget? The question won't be asked and neither will anybody be inquiring into the state of the local authority's finances as a whole. Above all else you can rest assured that the butt-fucking of the economy and consequent catastrophic effect on services available to the most sick and vulnerable will be very far from anybody's mind.

It's all rather depressing. A man has been suspended from his job and in due course he will be kicked in the nuts or exonerated/deemed to have acted unwisely (for which we should read 'have been poorly trained', but we won't). Nobody will be drawing the larger circles.

What's the context? Why did this happen? These questions won't be answered. It will all be about this one guy and whether or not he did this thing or that.

Upshot: regardless of how it plays out, the ultimate impact on the well-being of the people with whom I work is going to be as close to bugger all as makes very little odds. Nothing will change and sooner or later we'll be back here again, albeit with some other couple and some other guy. 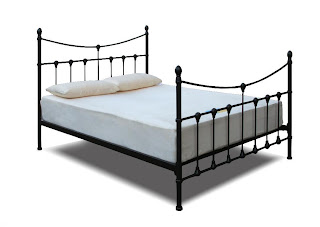 Where your correspondent wishes he was as he writes these words
(and where, if there were any justice, he would still be by the time you read them)

Which brings us to the ECF and the FIDE legals, but no, I'm not equating anybody within the federation with the person who took up so much of my time yesterday afternoon. The issue is the one of investigation.

As important as it is, resolving precisely how the ECF got itself involved in the FIDE lawsuit is only the presenting problem. There are bigger circles. There's a context to consider.

I'll leave you to ponder what some of these wider questions might be. Personally, amongst other things, I think there's something really important here about communication, about how the English Chess Federation talks with itself and with English chess as a whole. I'd explain further, but unfortunately, as I say, there's not going to be a blog post today. Sorry.


With thanks to Paul Cooksey