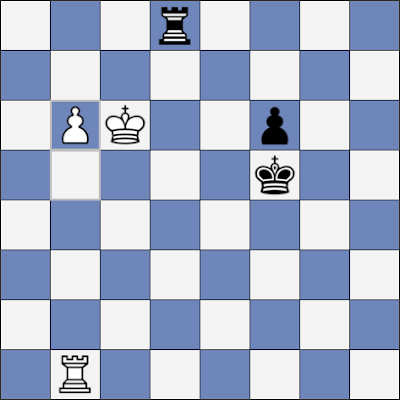 Less than a week before it all kicks off now. Less than a month before the final whistle.

The Big Showdown. Either the Norwegian FWC becomes the actual WC or Indian experience will hang on to the title for a little while longer.

Whatever happens, one thing's for sure: if Anand or Carlsen were to disappear down a time warp and reach the position at the head of today's blog they wouldn't Cock It Like Bogo. More on that later. First a few musings on world championship rook endings and, yes, if we must, a thought or two on the likely outcome in Chennai. 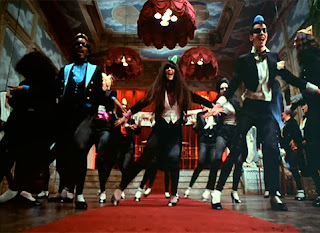 Last year it was rook endings wot won it. Not an entirely insignificant fact, perhaps, given Carlsen's relatively shaky history in such positions (Magnucide, for example). 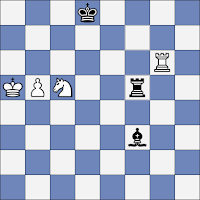 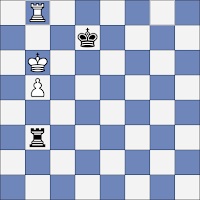 Given this is a theoretical position - dealt with on the introductory pages of The Book, indeed - it's no surprise that Gelfand chucked in the towel here.

The third play-off game was a different story. This time it was Boris on the White side of a winning rook ending, 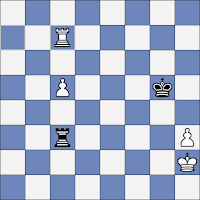 but he suffered a mind flip here ... 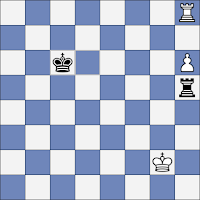 ... allowing Vish the time to slip his king across and escape to this ... 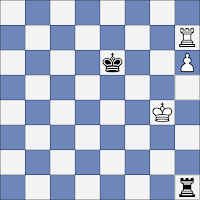 ... at which point they agreed to call it a day.

A rook ending won. A rook ending drawn. In the end that was all that there was to separate them. Entirely fitting that the fourth and final rapid game should end here:- 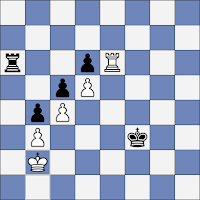 Will rook endings prove to be the battlefield for the decisive games this time around? How many will we get? Who knows? I'm hopeful we'll get one or two to enjoy, though.

As for who's going to win the match, I'm not sure about that either. A lot of folk seem to be expecting Carlsen to walk it which is  entirely understandable, but given the way he went to pieces in the last couple of rounds at the Candidates who knows how he'll react if Anand can put some pressure on?

So, while I wouldn't be tremendously surprised if Carlsen achieves a decisive lead within a couple of games neither would I find it particularly shocking if Anand keeps it tight and sneaks a win or two towards the end. Which makes it a fascinating prospect, I'd say. 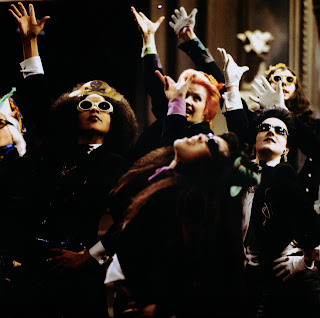 Anyhoo, still a few days to wait so back to the World Championship of 1929. It is, if nothing else, a good demonstration of how playing standards have risen over the years. Hard to imagine even an 'ordinary' grandmaster getting this wrong nowadays, let alone the challenge for the Crown.

Black to move. White's going to queen his pawn, but there's always the possibility of giving up your rook and shoving your own pawn down the board to force a counter-sacrifice in return. So you need to get your king out of the way.

A jump to the left 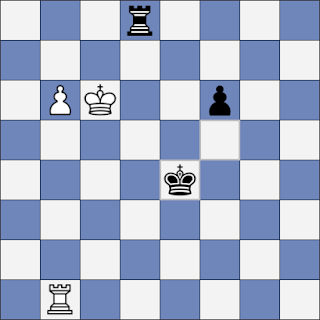 A step to the right 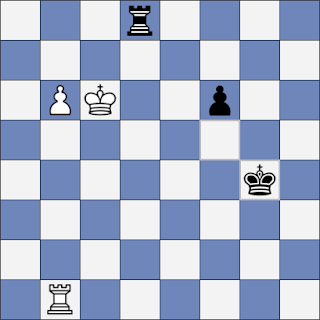 The choice is yours. Again.


Rook and pawn Index
BORP? Index
Posted by Jonathan B at 8:00 am

Playing through the whole game gives the impression that Bogo knew that position was a draw, but not how to do it. Obviously the table bases make it easy to establish the correct move, but what do you need to know to make the correct move with 30 seconds to decide?

There was some technical term for the sort of play that Black has to use to draw. I think it was a metaphor that like Sumo wrestling, the kings have to bounce off each other. The point being that if you advance towards the opposing king it is unable to approach.

The term you are looking for is probably "bodycheck". At least that stirrs in the back of my mind, when I look at the position.

"Shouldering" is what it's normally called, or what Dvoretsky calls it, anyway.

I can honestly say that these days a reasonably schooled aged IM would make the right move in blitz without thinking about it, but that just goes to prove that these things are easier when someone has written a book about them. It's hard to realise now how ground-breaking Basic Chess Endings was in its day - or perhaps it wasn't; maybe it had some now-forgotten predecessor I've now, er, forgotten.

Our Joy: there may be 100 people that won't like it (whatever the it happens to be) we know there'll also be one person who does.

Indeed. I'm sure Boggie would have played the right way had he had the benefit of reading 80 years' worth of endgame manuals nearlhy everyone of which shows where he went wrong.