Last week, we were able, due to the assistance of our readers, to demonstrate that Ray's Times column for Monday 3 June 2013 had been plagiarised from Viktor Korchnoi and that Ray had therefore produced plagiarised columns in nine consecutive issues of the Times, from 3 to 12 June.

At least nine consecutive days: 2 June was a Sunday but the Times came out on Saturday 1 June. The chess column annotated the ninth game of the 1886 world chess championship match.

The notes were not, of course, original. They were plagiarised from the first volume of My Great Predecessors 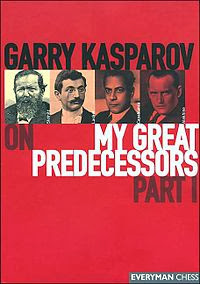 (It's a long note in My Great Predecessors, but I give it all just to show that Ray, in borrowing bits of Euwe's analysis, seems to have forgotten to offer the benefit to his readers of the correction in the final paragraph. Not that it matters very much.)

And there we have it.


On 31 May, since you're wondering, Ray did a Carlsen-Anand game. As it happens it wasn't the first time he'd done that set of notes, but we'll return to that topic another day.

I stand to be corrected, but I'm guessing not.