What goes around comes around 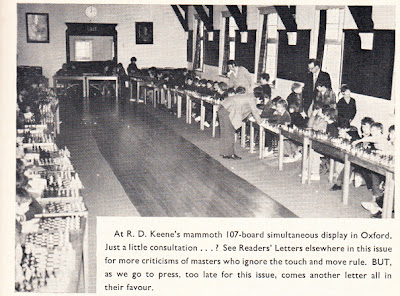 It's the 48th Dorset Open in Bournemouth this weekend and at the time of writing there were still places available for - would you believe - a £20 a head simultaneous display to be given by can't-you-guess-who.

Now why the organisers couldn't find anybody less disreputable to appear at their display, I do not know - it seems to be a tradition - but it does provide us with an opportunity to catch up with Ray's Spectator column for 7 September. 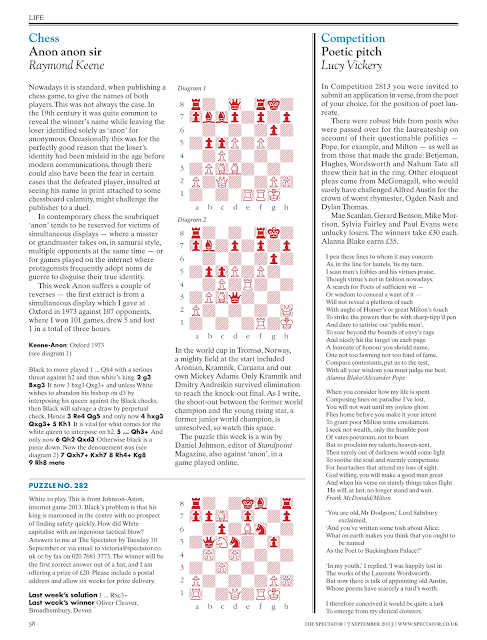 In the course of the column, Ray quite correctly observes:

though it's also standard to say who actually wrote the notes, rather than plagiarising them and passing them off as your own. However, that is not the subject of today's column: we're going to discuss instead the 1973 simultaneous display which you can see photographed at the head of the piece and which Ray refers to in the Spectator article. 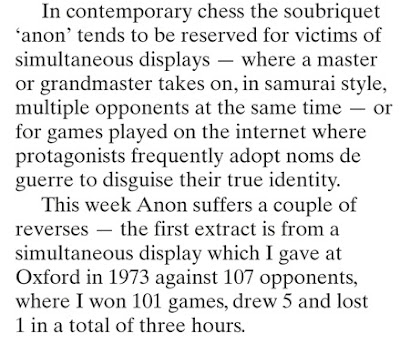 Not the sort of feat Ray could manage today. Nor in 1995, when a hundred boards were divided between ten different players 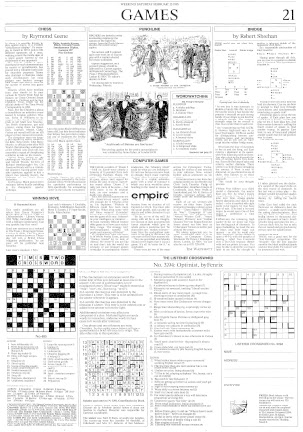 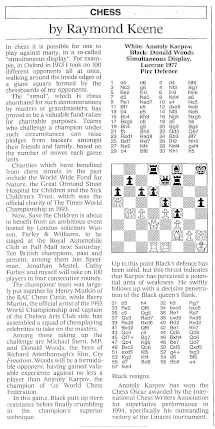 albeit over four rounds. 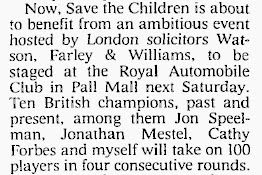 Nor indeed, as I recall, was it quite on that scale when I played him in 1984 (scroll to bottom).

But maybe he could have managed in 1977. 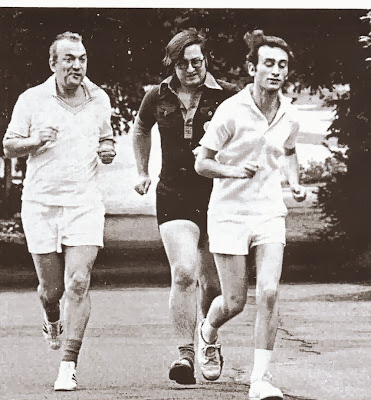 We were all younger once than we are now, and back in 1973, Ray set a world simultaneous speed record, which still stands. Or so he says.

But did he? Really? 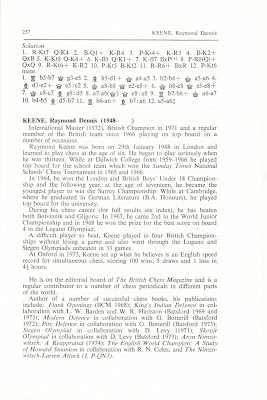 The relevant section is here:

You'll notice that back in 1976, the numbers involved were slightly different (not very important in itself, but perhaps of some relevance where records are being claimed).

You'll also notice that what is now stated as an undisputed world record was then only being claimed as a probable ("he believes") English record.

So, let's hop back to 1973 and look at CHESS for April of that year (the photo beginning today's piece, by the way, is from the May issue) and see what it says about that event. 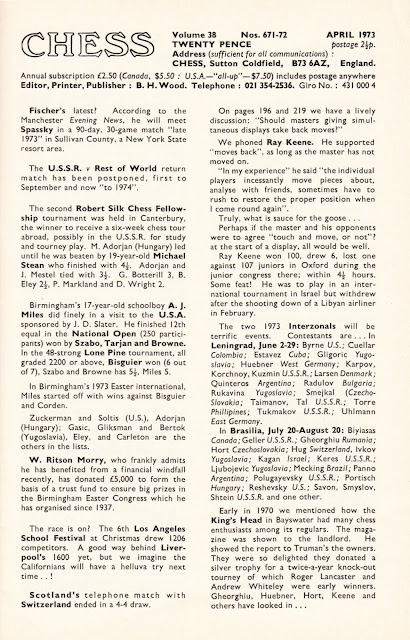 Four and a half hours, it says (though backing up the current figure of 107 opponents). It's as if Ray's been at Alice's DRINK ME bottle but shrunk, not himself, but the time he took to complete the display.

But hang on. What's that about the opponents?

That's very odd. Because there's nothing about juniors in the Spectator. Nor Keene on Chess. Nor Chessgames.com. Nor the Times from 1995. Nor Sunnucks' Encyclopaedia in 1976.

Maybe Ray's been at the EAT ME cake and his opponents have grown as a result. Because it's odd that Ray should have forgotten, so quickly, that his opponents were all juniors. What with his memory and all.

It must have been because they were juniors that Ray was able to get it over with so quickly. When Capablanca played 103 opponents in Cleveland, Ohio in 1922 (scroll to 8263) it took him seven hours to finish - and that was occasionally playing, according to observers, moves on two adjacent boards, one with either hand.

Maybe Ray gave Scholar's Mate on half the boards, I don't know. There has to be some explanation as to how Ray finished so quickly (though not as quickly as he claims). Accounts from eyewitnesses and indeed participants would be welcome.

[Thanks to Pablo Byrne and Olimpiu Urcan]
[Ray Keene index]
[Keenipedia]
Posted by ejh at 7:55 am

This blog would be so much better if you imposed a limit of 2 you-know-who posts a month. We get it, he sucks. Your posts on other topics are usually quite interesting.

My rule on this is the same as my rule on CJ: if and when something is finally done about him, coverage will decrease.

@Hope Springs: you may well be right. Still, let's make a deal.

But don't forget that you promised us some building up to the match ... hopefully not in the form of Ray having plagiarised some articles about Magnus Carlsen.