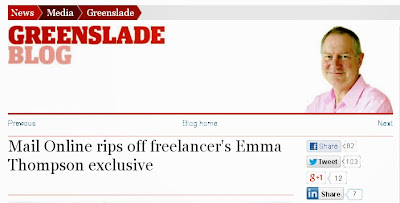 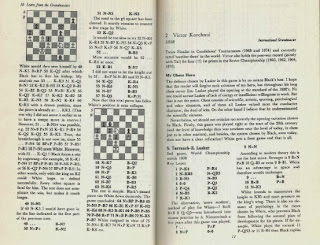 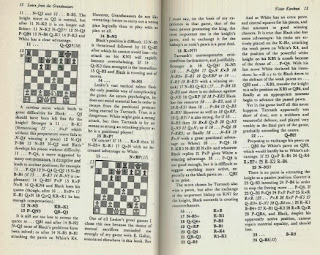 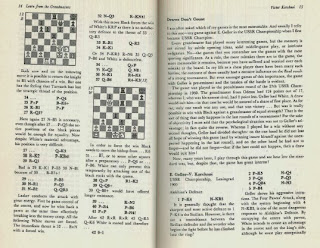 In truth, although everything is - of course - plagiarised, not every word is taken directly from Korchnoi's original notes. But you have to work damned hard to find the exceptions. 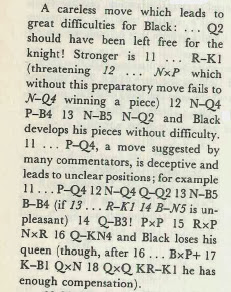 I suppose "the square" is new. Nothing else is.

Here "crushing" replaces "overwhelming". Every other word is stolen.

"An increased" becomes "a big". Not a big difference in the rest. 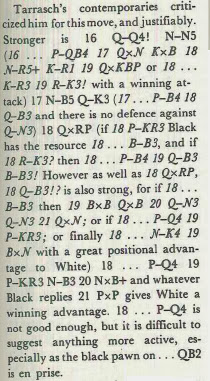 You have to pick your way through this one (and it may be harder for younger readers who don't know descriptive notation, let alone non-chessplayers) but to cut a long search short, Ray replaced "gives White a winning advantage" with "winning" and filched the rest directly.

But this note is a word-for-word wonder! Hurrah!

And finally, although Ray leaves some of Korchnoi's text untouched, every word that appears in the Times note is taken from the original. Unacknowledged, unattributed, plagiarised.

Not, as we know, the first time Ray ripped off Korchnoi.

That makes nine consecutive plagiarised Times columns, from 3 June to 12 June 2013. 2 June was a Sunday, so what about 1 June?

If that one was plagiarised too, he'd be Ten-In-A-Row-Ray.

What do you reckon?

Well, he did translate from descriptive to algebraic. I think that merits a pat on the back, if not a standing ovation.