A Blue or Red Pill? means there's a choice to be made ... and today's decision is not just about whether to play a particular opening or transpose into a rook or opposite-coloured bishop ending but concerns our fundamental approach chess. It will take a little while to get there though, so bear with me, but the starting point for our journey is Keith Arkell's win against David Eggleston from our previous post.

On Wednesday I wrote that Arkell's slow but sure crushing of Eggleston was my favourite game from this year’s British Championship. In the comments box our regular visitor PG pointed out that the Bogo-Indian was a rare choice at the highest level these days, the Queen's Indian usually being played instead. I don't know for sure but I suspect Eggleston played as he did in Torquay because of what happened at Liverpool the year before.

This earlier Arkell – Eggleston encounter is another "I could have played all of those moves" type of game. Well, up to what my computer tells me is the decisive mistake - 23 … Na4 - at least and by that point Black was already under heavy pressure.

Not only did Arkell win today’s game doing ‘nothing’ he also won comfortably after playing an opening variation that is routinely dismissed as harmless. Wells suggests 8 Nxe4 the choice of the “unambitious” while Aagaard says that it’s “tantamount to a draw offer”. True he makes an exception if Ulf Andersson plays it and Wells concedes that perhaps there’s a case for “ … lovers of a microscopic advantage [to play it] from time to time” their negative view of the line is unmistakable.

Clearly Arkell disagrees and if further proof were needed that not everybody agrees with the pessimistic assessment of the line’s merits, back in the early 80s Edmar Mednis dedicated a chapter to it in his book From the Opening into the Endgame.

Mednis looked at a dozen different systems, each of which takes the game directly “… from the opening into the endgame, essentially completely bypassing the middlegame stage”.

There are a large number of players who don’t mind a bit of opening study and like the king security feature of the endgame, but are inherently uncomfortable in unbalanced middlegames. This book is meant especially for them.

The first chapter, for example, focuses on the Ruy Lopez Exchange 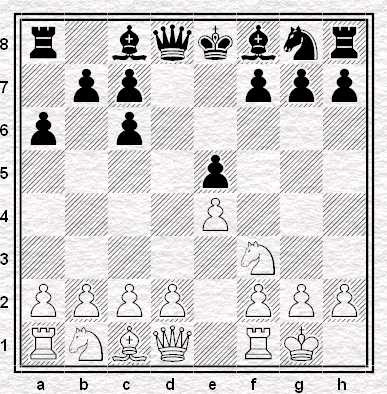 and the last on the Andersson-Book line of the English. 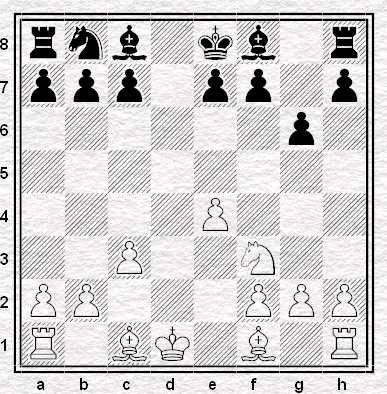 The Berlin Defence is not covered but had Mednis been writing after the Kasparov – Kramnik world championship match of 2000 he would doubtless have found room for that too since it clearly fits the mission statement for his book. 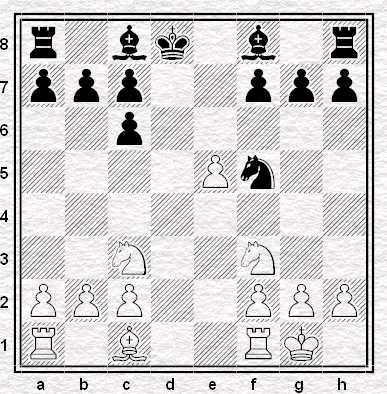 Now in my mind’s ear I can already hear T.C. giving me a stern lecture - “You’ll never learn to play chess properly if you start games like this”. In fact even Mednis himself says “for ultimate success in chess it is impossible to do without a knowledge of endgame principles and middlegame strategy and tactics” (my emphasis) but nevertheless I find Mednis/Arkell’s line of thought appealing.

If nothing else, if it’s true that “to excel at chess, you should have solid endgame technique” (Aagaard) then we will need solid endgame experience but adjudications generally finish play before an endgame is even reached and the practical difficulties of arranging second sessions mean that the theoretical possibility of playing a game out to the last pawn after an adjournment often doesn't happen in reality. I’ve found that I’m most likely to play endgames in matches that have quickplay finishes but playing such positions with seconds available for each move as your flag hangs is far from ideal to say the least.

So what about swapping some pieces off as quickly as possible? I don't just mean the particular variation that Arkell plays in today's game but as a general principle. It seems to me that it's not just a legitimate way of playing to win – and can lead to games that are as interesting in their own way as a tactical slugfests – but also may actually be good for our chess. I’m not sure I’d want to play this way in every game but certainly I think it’s worth a punt not just from time to time but even on a regular basis.

So, next time you sit down at the board do you head directly from the opening to the endgame, not passing go and not collecting £200, or do you play for positions with a greater chance middlegame complications? The choice is yours.

Edmar Mednis
From the Opening into the Endgame, Pergamon Press 1983

BORP? III
which side of the board do you want to take?

I've just had a nose through Aagaard's book on the Queen's Indian (in Foyles) and he says something like after Nxe4 nothing is in danger other than one's interest in chess - which is pretty funny.

Back in 1975 Leonard Barden's "How to Play the Endgame in Chess" dedicated a chapter to "Endgame Openings" covering the Exchange Lopez, QGD Exchange; French Tarrasch; KID Samisch; English (same line as Mednis); some lines of the Sicilian. Not the QI though.

There is also a chapter on "Adjudication Techniques", principally something called "window dressing"...

Cheers for that Martin.

Mednis covers the French Tarrasch too - the IQP variation.

.....just wondered if Mednis got the Endgame Opening idea from Barden, or whether there are other precursors antedating the both of them...

This is how to play against Keith Arkell: force him to sacrifice a pawn for an attack. (We looked at it afterwards, and decided the attack was probably sound, but actually proving it over the board was tricky.)

Perhaps not Tom (although I usually fail to manage it) but doing it time and again *is* hard I would say.

Hi Jack,
It turns out that the move my hand wanted to play - 27 Qe5!!(remember,I showed it to you in the post mortem) does indeed win brilliantly.I/we missed that 28...Qa4
loses simply to 29 Qd6 Qb4 30 Qb4 Rb4 31 Rc8 Mate.
I think 29 a3 also wins easily.I must admit that this move didn't occur to me at all.It forces 29...Qf8 when 30 Qb6 does the biz.
The last win was 34 Bd7 of course,but it was an exciting and enjoyable game,and you set me enough practical problems to bamboozle me in the end,so well played!

doing it time and again *is* hard I would say.

You should play in the London Bank League!