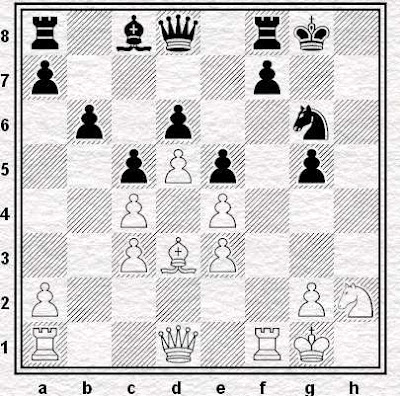 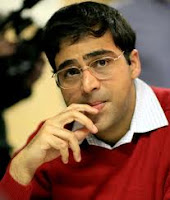 "A disaster." That was how Vishy Anand summed-up his performance at the London Chess Classic. Maybe it was, but if he thinks scoring 50% at Super GM tournaments is bad he should try getting minus three in an Open and see how that feels.

Unfortunately my LCC was one of those events where absolutely nothing goes right. It wasn't a losing a lot in a sound-thrashing-every-now-and-again-is-good-for-you kind of a way either. I'm afraid it was much more of a playing-utter-bilge-and-wanting-to-give-up-chess-by-the-end-of-it experience.

Things started to go wrong as early as move two in the first round. I was paired with IM Lorin D'Costa, but after I'd carefully prepared for his Nimzo-Indian he played 2 ... g6. "Arse it", I thought as I watched him push his king's knight pawn forward, "that's a morning's work down the drain." 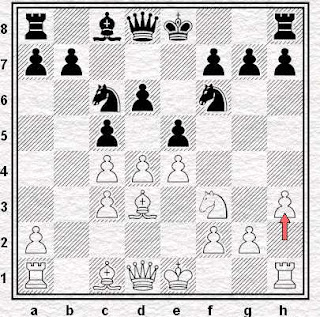 Not knowing what branch of the Nimzo to expect from Lorin, I had a look at a few possible lines. My choice to counter the Hubner variation, should the game go that way, would have been an old idea introduced by Portisch against Tony Miles at Amsterdam in 1981 and subsequently taken up with some enthusiasm and success by our old friend Raymond Keene.

1 d4 Nf6, 2 c4 e6, 3 Nc3 Bb4, 4 e3 c5, 5 Bd3 Nc6, 6 Nf3 Bxc3+, 7 bxc3 d6, 8 e4 e5 and now, instead of 9 d5 as in the famous Spassky-Fischer game from Reykjavik amongst countless others, 9 h3. White is happy to let Black capture multiple times on d4 - he'll play Bb2, recapture the pawn and have a pair of bishops on an open(ish) board - and will wait for a better moment to close the centre. As far as I know Portisch's plan was defanged pretty much as soon as the novelty had worn off, but I was hoping that it was old enough that my IM opponent would have forgotten all about it.

That, in any event, is how I came to spend some of the morning before my second-ever game against an International Master watching the last of the old episodes of The Master Game which featured in one of Justin's posts - It's all over now, Baby Blue - back in June. Naturally, I made sure to track down the games that Keene and Browne mention in that video too and they're both pretty interesting. Raymondo's win over Iskov reached the position shown in the diagram at the top of today's blog and apparently the unusual central pawn formation prompted somebody to ask him "Are you playing chess or building a cathedral?" The Ligterink game, by the way, is the one mentioned in the comments box to Ray Could Play VI and featured a brace of rather tasty exchange sacrifices. 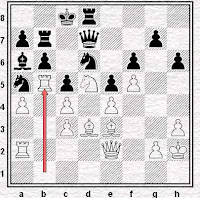 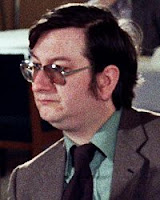 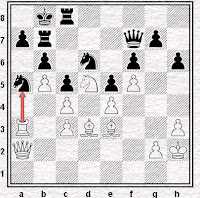 It's a shame I didn't get to play any of this really. If I get the opportunity at some point next year I'll definitely take it. 9 h3 might not lead to an objective advantage for White, but it seems sound enough and it certainly leads to some interesting positions. Mind you, given that it was favoured by Keene during one of the most successful periods of his career, it's hardly surprising that it's a decent move. Ray could play a bit, you know?

Photograph of Lorin D'Costa from Gibraltarchesscongress.com

Yes, I recall watching Keene-Browne (online) and being amused by Keene's happiness as Browne walked straight down the older game, and his despair when Browne then improved on it!

Have been re-reading Kasparov's Revolution in the 1970s this afternoon. In that he mentions the 9 h3 idea and states that Portisch had first played the move at the 1979 Interzonal in Rio against Timman. Also that Portisch had faced it himself as early as 1967!

Huebner got the name credit for the unprovoked .. Bxc3 idea by playing in in the 1970 Palma Interzonal.


Portisch had been playing it from time to time since 1955.

Indeed. As Portisch is quoted in Revolution in the 70s:-

"This variation is incorrectly named, in my opinion, but that is another story."

Which is fair enough but unfortunately for him it's "Hubner variation" that stuck.
Btw, he then goes on to say that there's no need to name openings after players/cities and ECO codes are enough - can't agree with him on that.

It says Gert on chessgames.com too so I've changed it back.

Jonathan, I don't want to appear bitchy, but aren't you a bit on the weak side to be playing IMs and hoping to have any chance at all?

Of course, my metal friend ... but who said I thought I had?

An inference taken from your disappointment that the opening didn't develop more to your liking.

Ah. No, that was just the first of many many things that went wrong for me at the LCC. Two moves in.

Of course, even if LD'C had walked straight in to my h2-h3 plan, and even if he hadn't known the first thing about it I would still have lost anyway. I just wouldn't have felt like I'd wasted my morning.

aren't you a bit on the weak side to be playing IMs and hoping to have any chance at all?

Lower-graded players than JB have beaten IMs. Though I haven't.