There are bits of my non-chess life that I'll find any excuse to mention on the blog. Like... 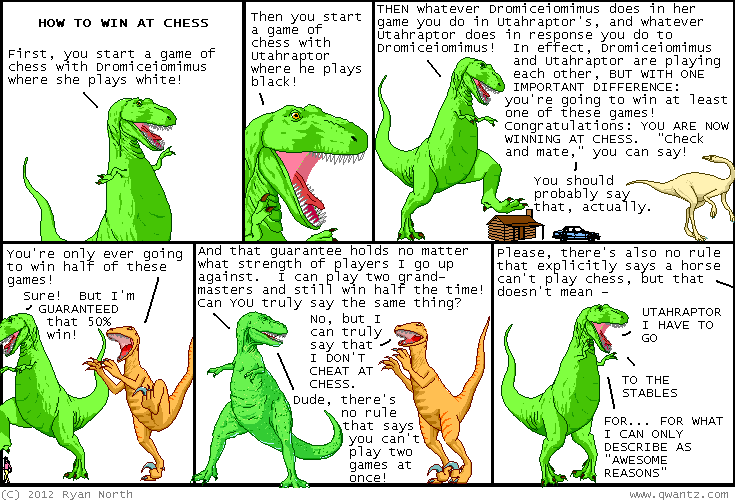 Here's another. Increasingly, I'm coming to the sad conclusion that rather than being too agéd, wise, savvy, and in general wholly sophisticated to have a silly thing like an All Time Favourite Writer, I actually do have a Favourite Writer of All Time! (Or at least, a clear-cut Favourite Living Writer; but when he dies, he'll almost certainly enter the secret Top 5 Dead Authors list that I'm too much of a literati sophisticus to confess to. My T5DA list includes Shakespeare!) That writer is Nicholson Baker and luckily for you, he hardly ever mentions chess.

Except here, and now I discover also in the near-perfect U&I:


After a certain point, the management of one's own past vocabulary, the avoidance of repetition, becomes a major burden [for a professional writer]. Your earlier formulations become contingent influences-and they hunt you down. An interviewer asked [John Updike] if he worried in writing so much about repeating himself, and he said something like, You do after a while get the feeling of having been in the same place before. Ah! When I first read that, years ago, I wanted so badly to know that feeling! If, on a dozen earlier narrative occasions, you've obstructed the narrative, caused the narrative to hang fire, made it negotiate a trifling embouchement, etc., you finally get a kick out of using the word [clogs] that you've been holding at bay all these years: you've earned the privilege of using it-to you it's fresh, since what feels tired now are your own earlier attempts at freshness. The sheer amount of memory it takes as you're writing and you pause at some nominative juncture and review the options, and one by one reject those that file before your mind be­ cause you clearly recall or dimly suspect that you've found an earlier home for them-the sheer mounting strain of this, like the strain of a chess player who has to keep every move of every game he has ever played available for immediate review-must be exhausting. (Updike mentions the theme of suburban adultery that has occupied him since Marry Me, "a subject that, if I have not exhausted it, has exhausted me." Clever bastard!)

Near-perfect, but imagine being able to keep in mind every move of every game you've ever played. Like ... being an established novelist using a simpler word to avoid repeating the elaborate embroiderings of his youth?!
Posted by Tom Chivers at 10:01 am