Nothing will come of nothing

These are the things that people do not know.
They do not know because they are not told.

Here's a little clipping. It's from the Report of the Chairman of the [ECF] Finance Committee, a document published some time ago but submitted to the meeting of the ECF Finance Council on 14 April 2012. Last Saturday.

So how, you may be wondering, is it going, the attempt to "provide an adequate audit trail"? How much of this controversial £12,600 has been accounted for? For how much of it have CJ de Mooi and the ECF been able to provide receipts and invoices?

If you have the patience, which I do not necessarily recommend, you can hunt around on this thread where you will find (last Sunday morning, if you must) the present author putting, more than once, the question, to ECF Chief Executive Andrew Farthing. However, Mr Farthing - or, as I prefer to think of him, the ECF's Mr Transparency - will not answer. 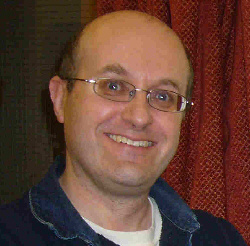 Nothing to see here
Why not, I wonder? I can think of at least three reasons why ECF officials might not want to say how much of the money claimed by CJ cannot be accounted for.


These are not, of course, mutually exclusive possibilities. Are any of them true? We do not know. We do not know, because we are not told.

I can think of at least three reasons why ECF officials might not want to say how much cannot be accounted for. I can also say how many good reasons I can think of.

That number is nil.

I mean Mr Transparency could say something like "well, there's £6,789 we can't trace, but we don't think there's any likelihood of getting much more information and we're nevertheless confident that the money went where it was intended". This was be understandable, if less than brilliant. But he could say that. However, he does not.

Mr Transparency prefers to say nothing, and refer us to the great integrity of the individuals who have approved the accounts. Which is fatuous. It is nothing to do with anybody's integrity. It is to do with money unaccounted for.

Integrity? You can talk about integrity all you like, until something disastrous happens. After that, what you need is documentation and paperwork. Which we do not appear to have. And if you do not have it, don't be telling me about people's integrity. Because that's not the question I was asking. 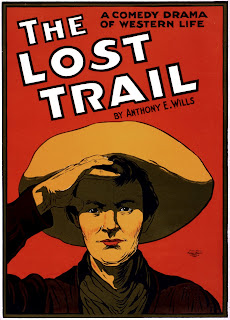 Not so much lost as never found
So, how much is unaccounted for? We understand that some hotel bills have been presented, but how much is still left over? You can be sure that the answer isn't "nil", or anything close to it, because I fancy Mr Transparency wouldn't be quite so reticent if that were the case. It's a safe assumption (and if it is not, I'd be glad to be told so) that a substantial proportion of the money paid over to Mr de Mooi presently remains beyond any "adequate audit trail". If this is so then another way to put this is that thousands of pounds are not properly accounted for. Which is the kind of situation for which the term "legitimate public concern" exists. Or to put it another way, it constitutes a scandal.

Now I know, from long experience (not least, having spent a certain part of my life writing about football clubs and their owners) that a lot of people simply don't get questions of financial organisation and propriety. "Well, where do you think the money's gone?", they will ask. But of course that's not really the problem. The problem is not that we know where the money went, it's that we don't know where the money went. The question therefore is not just "where has it gone?" - it's "why don't we know where it went?".

In my view, as it stands, what we have might be the single most shocking manifestation of financial negligence in the organisation's history. In a way, worse than Tunis, as more money is involved. 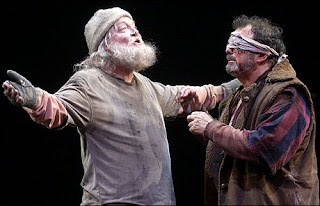 Blind, mad, or led by a Fool?
You simply cannot hand over thousands of pounds to people without proper documentation. If, by some disastrous chance, you do, and you are serious about trying to retrieve your mistake, you absolutely have to do so thoroughly - and to report the results of your investigations openly.

That's basic. And the corollary applies: if you're neither thorough nor open, then you are not serious.

But the ECF don't seem to do thorough. Nor does Mr Transparency do open.

What has happened here is a scandal and a cover-up. I am sorry to use those terms. But as it stands, that is what it is.

Mr Transparency has told us nothing. And nothing will come of nothing. Speak again.

I think we know that £ 12,600 was handed over to CJ or an organisation controlled by CJ. Unless it was withdrawn as used fivers, which is possible, I suppose, there should be a trail of payments running through the bank account or credit card used to pay hotels and players. So I suppose the documentation needed by the ECF is a statement that starts with £ 12,600 and shows its disbursement to players and hotels. You would probably have to quote player amounts in aggregate, even without names, individual amounts would identify who most likely got what. The question then comes as to whether there's anything left. You could justify it being retained by CJ provided you then adjusted downwards amounts stated elsewhere that he contributed. Really it should go back to the ECF and be used for the 2012 event.

The draft accounts contained £ 12,600 as a headline item. I don't think the ECF needs to go any further than a rudimentary analysis giving a split between hotels, player fees and any other expenses. This just confirms all the money has been spent and none retained, if that is the case.

If there is improper or incomplete documentary evidence to justify the expense claim, a further question should be asked: "Please, ECF and Mr de Mooi, show us and/or the police, your defence against the allegation of fraud."

I agree the points made in this article around documentation and proof for audit.

As soon as Mr Aintwortha Transparency started going on about "Trust", I couldn't help but think of a scene from The Office, where David Brent tries to claim, "It's a question of Trust" to his redundancy threatened staff.

[ejh writes: the following comment is not mine, but I am posting it because I have deleted a small part of it.]

I do think the office staff member who paid out nearly £13,000 without even asking for receipts has got out of this quite lightly. De Mooi has also got off lightly for bullying him into "immediate" payment. This great office we all pay for, where by their own study they spend 40% of their time working on the (awful) website, yet we have to advertise outside to get someone to redesign it.

You would probably have to quote player amounts in aggregate

Yes, absolutely. As long as the ECF are in possession of documentation saying who got what, I would entirely agree that such information should be confidential. You and I don't need to know, and shouldn't know, what (for example) Michael Adams or Danny Gormally received for playing.

But I want to know that the ECF is, in fact, in possession of this information. As part of the proper process of working out whether the destination of all that money can be traced.

Alex McF drops another hint on the EC Forum, that some of the £ 12,600 may have gone to pay hotels for ECF director(s)g. On that thought, I wonder if any went on travel expenses or meals for invited guests.

Putting expenses through the ECF can result in a VAT reclaim. I might be wrong, but can a donation, as opposed to sponsorship be put through without VAT becoming payable? So it isn't wrong for the Congress to pay expenses of guests provided there's a matching donation to pay for it.

What level of cooperation is CJ providing with the construction of the accounts? Even if receipts are unavailable have figures been provided?

According to the records of Board Meetings (see here, near the bottom of the page), CJ didn't attended meetings 56-58 (in August, October and November 2011). Has he attended any Board Meeting since?

From a blog which is one of your fans
http://stevegiddinschessblog.blogspot.co.uk/2012/04/odious-adam-evidence.html

This is an extract from an email written by Ray Keene.

It's a straightforward yes/no as to whether these expenses went through the ECF accounts for the Congress. It's probably no but if the Darwin money was aggregated with CJ's own funds, the answer is "don't know".