The Mill On The Floss He thought he saw before him now a possibility of altering his position with respect to Maggie, and removing at least one obstacle between them. He laid his plan and calculated all his moves with the fervid deliberation of a chess-player in the days of his first ardour, and was amazed himself at his sudden genius as a tactician. His plan was as bold as it was thoroughly calculated.

Having been on an extended break from chess, I've had more time for reading, which is how I came to discover this passage in George Eliot's famous novel a few weeks ago. Generally I'd be inclined to put such a passage directly into the series A Literary Reference, without further comment. In this instance, though, the passage begs a question which I can't help but ask: what is Eliot on about? 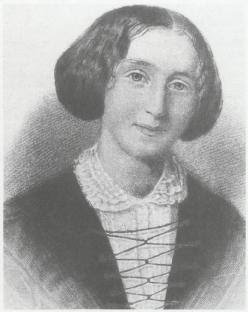 Do what, Marian?
When she writes, of the lovestruck Philip Wakem:

what is she actually trying to say? The "first ardour" is not, as far as I can see, Philip's ardour for Maggie, since he has been in love with her for a long time. The sense of the passage is surely that the ardour is that of the metaphorical chessplayer, and that such an individual's "fervid deliberation" would be particularly so "in the days of their first ardour". But it wouldn't, would it?

So am I misreading Eliot, or being unfair to her - or did she just not know what she was on about? And do any readers know of any critical commentary on the passage?
Posted by ejh at 9:55 am

I think you are being unfair. In my experience, when someone--especially an adult--first seriously takes up chess, he often throws himself into the game completely, thinks of little else, puts a great deal of effort into it, and thinks long and hard at every move. He doesn't think well, being a beginner, but man does he think hard. "Fervid" is the perfect word, I'd say.

It's a view, but I don't think we put less intensity into our thinking as we get more experienced, I think we put more: what causes the beginner to think hard isn't that they're fervid, it's that they're laboured.