I'm suspicious of the desire to ascribe failure and success in sport to character. Athletes usually win because they are better, and they are usually better for technical reasons that are relatively easy to measure. Winning isn't a moral quality.

Kramnik reckons Anand is scared of Carlsen. Rowson thinks Vishy could still win if he can get his head right. An opinion shared by Vlad, as it happens.

I think it's time for a look at those non-technical factors that influence the outcomes of matches for the World Chess Championship. It's not psychology, the inner game of the chess player, for us today. Instead I want to look at something even more fundamental. The slippery concept that is 'character'.

Yes, we all know that Carlsen is the better player of the two. We know about his 2870 rating and Anand's descent to number 8 in the latest list. This may or may not be enough to secure the Norwegian his victory.

The thoughts of our man Markovits notwithstanding, the question of whether Anand can win, whether he can even make the match a contest rather than the walkover that some expect, rests on something rather different. Stones: whether he's brought any with him or whether he's already mentally rolled over and is turning up for a payday. Whether he even truly knows the answer to this himself. 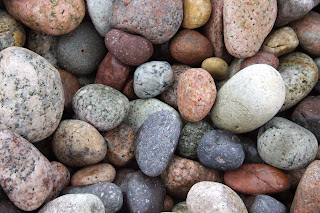 Let me tell you a little story about character.

I've played a dozen tournaments so far this year. Of those twelve there were seven where I started with any realistic hope of winning. The most recent of the seven was Adam Raoof's u-2200 event at Hampstead in October where I finished 3rd-4th, half a point away from a share of first place. I scored three wins, a draw and took a bye in round three. As it happens, the only game that I played which I didn't win was in the last round against one of the two joint winners.

A decent result? Just a little more luck and things would have been different? I could have played exactly the same and finished on top on another day? Tempting to think so, but I don't believe it.

Consider some other results I've had this year:


Spot a pattern? And this is not even counting the St Albans u180 in April where I finished 6th-8th. I was a point away from winning there, losing only in the last round against a joint winner. And yes, I'd have shared first in that one instead of him had I won the game. And no, I never even remotely looked like doing so.

I simply don't believe that anybody can come that close that often without ever actually coming out on top and it all be down to chance. Once may be a misfortune and all that.

My conclusion: I haven't had a terrible run this year by any means, but neither have I had whatever it was that was needed to push the odds far enough in my favour to see me cross the finish line ahead of the field. The opposite of an underlying willingness to settle for a 'decent' tournament result, perhaps?

Not that any of this was a conscious process for me at the time. In retrospect, though, it looks to me like I deserved to be unlucky (as Jose 'Special' Mourinho recently put it). 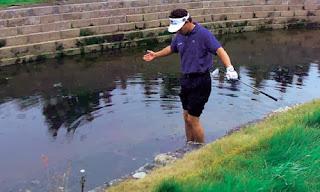 Where big-game bottlers end up

And so we return to those questions for Vishy. How much does he fancy it? How ready is he to come off the floor after a bad break? If he were to toss the first game away by forgetting his opening prep like he did against Topalov in 2010, for example, how will he react?

Are these questions of motivation or personal psychology - of whether the World Champion can "sort his head out" (Rowson)? Yes, but underneath that there's character.

When sportsmen and women find themselves about to leave the highest echelons of their game it's not so much losing their motivation to play that's their problem, but rather it's losing their willingness to train. The desire to do the grunt work that allows them to do what they do and come out on top against the very best.

So what keeps some folk going back to the grind when they have nothing more to prove? What keeps them finding reasons when there are no reasons. The answer is to be found in character. 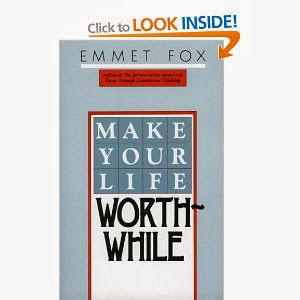 Authors of self-help books and bloggers:
the very last people to listen to on this particular subject

Specifically, what's going to drive Anand into this match when he's not now and never again will he be the best chesser in the world? Why would he want to win when the best possible outcome for him is a chess world pointing out that the very fact he is still 'Champion' proves the title has lost its relevance?

In many ways it would be to his credit if, deep down, Anand couldn't really be arsed. There are plenty of other things to do in life after all, and it's not as if ex-World Champion is such a bad title to have. Nobody can ever take that one away from you for a start, as somebody once pointed out to Kasparov.  The intense focus on the shoving of little wooden pieces around a chequered board that being Champion requires? Wouldn't a well-rounded human being let that one go after a while?

As a human being, maybe. As a chesser it's a different story. And as a chess fan, I'm rather hoping Anand has, consciously or otherwise, decided to put off acquiring broader goals for his life for a little while yet. Until the end of November at the very least.
Posted by Jonathan B at 8:00 am

It seems to me that friend Markovits is confused. Of course winning isn’t a moral issue. That doesn’t mean that competitive character doesn’t enter into it.

I would agree with him if he said that the notion of assigning moral values to particular ways of playing is a foolish one (disregarding actual cheating/gamesmanship/whatever). I find it rather silly when commentators laud ‘the right way to play the game’ or talk of bold tactical decisions as though they were in some way inherently superior to cautious ones.

I don’t agree with you about Anand not being the best chesser in the world if he wins this match, either. Ratings don’t mean sh*t, and nor does how big a plus score you can achieve against the 2720 brigade. If you’re better than everybody else, you’re the best, even if some of your rivals are better than the rest of the crowd by a bigger margin than you are. If Anand can come to the table and beat Maggie over twelve games, then he’s the better player. That’s all; that’s how the question is determined. I don’t believe he can, or that he believes he can, or even that at some level he wants to, and that’s why I think Maggie will win. Betting on a new first-tie father to win any contest which requires a year's intense focus is quixotic.

But if Anand does win, I’ve no time for this ‘not-the-real-champion’ nonsense, any more than I did when Petrosian was getting slagged off by Heidenfeld.

I like the London Review of Books a great deal and I've been a subscriber for an unbroken period starting in the previous millenium. They do however have a habit of running pieces about sport written by people who are not obviously expert in the field (even in the sense of being amateur experts, if you follow me). I don't think they would do this (or do do this) when it comes to, say, modern philosophy or medieval literature or ancient history.

This doesn't mean this pieces are necessarily bad, nor that this one is, but it does mean that they tend to be a lot more open to basic objections (and elementary errors of fact and interpretation) than most of their other pieces.

Well, I thought the Markovits piece was a pretty fine read, albeit for an LRB audience. The final anecdote, on 'character', was well worth waiting for.

For sure. But what to make of his claim that Britain has always had great golfers?

I enjoyed reading the LRB article which is not to say I agreed with it all. E.g. the inclusion of tennis as one of the sports at which Britain has supposedly got good. More accurate to say that Murray has got good, I think. Admittedly that's better than we've had since who knows when, but not exactly a national improvement.

I don’t agree with you about Anand not being the best chesser in the world if he wins this match, either

Fair enough. I consciously wrote that section in a rather provocative manner, well aware that not everybody would think that way.

A matter of opinion, I suppose. I'd say if Anand beats Carlsen over 12 games he'll have deservedly won the match and will have been proved to be the better play this fortnight. I'd even say he deserves to be 'Champion'. Not sure if that's the same thing as being the best in the world though.

Jon,
If anand won would you agree he is the best match player in the world(rather than a tournament player)?

I suppose so given his record of doing over Topalov and Kramnik in the last few years.

But there' s not really much matchplay going on at the moment is there, so I don't think the 'title' of best match player in the world really means anything in 2013. Sad to say.

Oh and Anand's win over Gelfand, of course.

Although I can well believe they exist, I find concepts like character really difficult to work with, and also to articulate why, but here goes. I’m sceptical about saying the winners of a high stakes game did so because they showed character, as they could have won for any of the reasons people win normal stakes games. How do you measure “character”, other than by looking at the results afterwards? Why do you often see people “showing character” sometimes but not others?

We could reasonably say that Andy Murray lacked character after 2012 Wimbledon, as he had then lost all five Open finals he had reached. He then won the Olympics’ and his next two Open finals, so why did he suddenly gain character? And the evidence that he did gain character is… that he won those three finals.

A penny for others’ thoughts.