The twelve rook and pawns of Christmas: Solutions (part one) 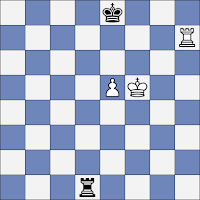 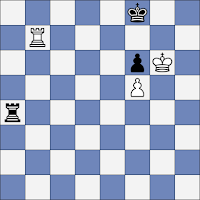 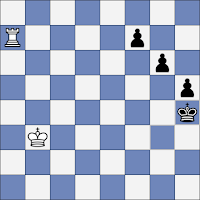 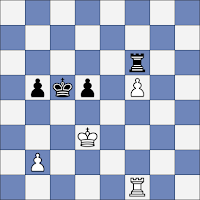 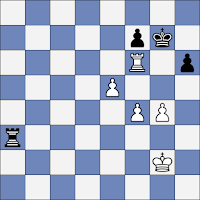 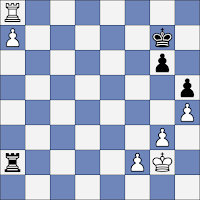 
Once Justin had left me in charge of the Christmas Quiz for 2013 it was always going to be about rook endings. My criteria for inclusion: positions that had caught my attention for some reason or other while I was writing the rook and pawn series and which also conformed to the fairly obvious 'hidden' theme. Quite a lot of them were posts that I didn't have time to write. Others, like the very first one, were spin-offs from material that did actually get published.

Anyhoo, on with the show. Rook and pawns of Chrimbo one to six will be covered today, seven to twelve tomorrow. 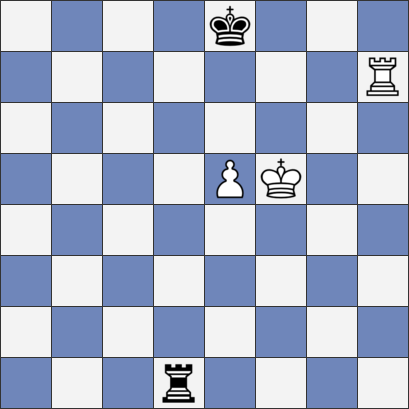 
This is Random Rook Endings VIII from 27th May, aka a study by Kopaev or Rhode-Cramling Innsbruck 1977 or, according to me if nobody else, 'The toughest rook and pawn against rook position there is'.

I could give the winning line here, but what's the point? You can Nalimov it for yourself. What matters is not what the moves are, but why they are.

As Spess suggested in Analysing the Endgame, if you're armed with an understanding of a number of important theoretical positions then you've got a shot at solving this one. In other words, this position makes for a great test of whether or not you've fully grasped some fundamental rook endgame knowledge and whether you can apply it when push comes to shove.

So let's start by asking why this position is so dangerous for Black. Answer: it's the position of the rook. If it were on a1, b1, c1 or g1 Black could reply to 1 Ke6 with a check on the sixth rank (the Philidor defence, see RRE: Lesson Number One).  If it were on e1 - or anywhere else behind the pawn on the e-file - then 1 ... Kf8 (the short-side defence, see SMA#18) would do the trick. d1 or f1 are deadly squares, though.

That's how an analysis of the position starts. It ends with White carefully avoiding falling into Ending 57 (e.g. Purposeful Shuffling) and instead forcing Black into Ending 58 (see the end of RRE VII). Lovely, educational, bastard difficult stuff. 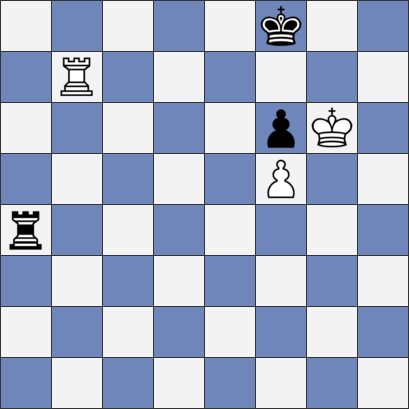 
Towards the end of last year Geoff Chandler published a marvellous post on rook endgames on the mistakes made by (often very) inexperienced chessers. What really struck me was how often the defending side managed to lose by desperately hanging on to their last pawn when surrendering it would have led to a well-known technical draw.

As is the case here.

As a first move Black can play practically anything other than give up the rook or blunder into mate and still be drawing. One of the few things you can play that loses is 1 ... Ra6.

Of all the other ideas ... well you have to be careful how you use Nalimov (SMA#17). The best idea, I think, is to play not just any drawing move, but one that is part of a standard (and therefore memorable) plan.

This position, by the way, I took from Emms' Survival Guide to Rook Endings although I later discovered that Dvoretsky has something very similar (Black's king on e8). 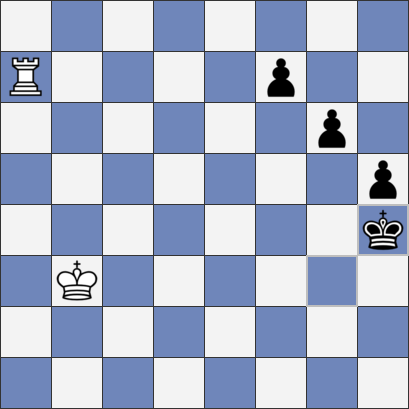 
It's Christmas morning. The puzzles for the quiz were scheduled for publication several weeks in advance so there are no blogging responsibilities and nothing to distract me from ripping open my stocking to see what Santa had brought. Very quickly I discover that the tubby bearded fellow had scored a bullseye - a copy Dvoretsky's Endgame Manual.

Imagine my surprise, then, as I turn straight to the chapter on rook endings - where else would I go first? - only to find that an awful lot of my quiz can be found right there. Position three being the third in a row and nor would it be the last either.

As it happens I took this rook versus three pawns position from Hawkins' Amateur to IM.  He concludes the analysis of one particular line of the Steckner position here and says Kc3 and "The position is still not trivial, but White should win with correct play." Not trivial? I'll say. And what about Rxf7? Is that really no good?

Well, as our first commenter noted at the time, Rxf7 doesn't quite work and, yes, it is important to bring the king over. 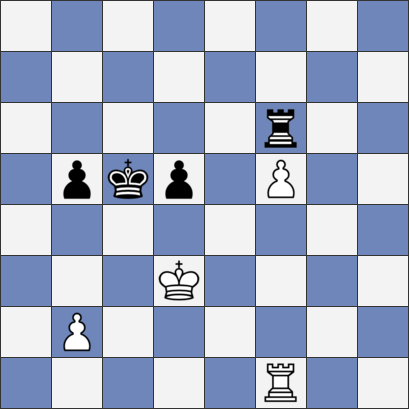 Active rook versus passive rook: This, as identified by John Cox and Jonathan Rogers, is Lasker-Rubinstein, St Petersburg 1914. Included here because of the 17 Rubinstein games quoted by Levenfish & Smyslov in The Book and Marin in Learn from the Legends this is the only one he lost. Some small compensation for Lasker for losing the one that earned him a place in just about every endgame textbook every published, perhaps.

Taking another looking at Gazza's notes I discover that after 59 Rf4 he writes, "Here, with the help of a computer, I was fortunate enough to discover something" which really makes it a real shame that my 'illustrious processors' joke (see comments to the original post) wasn't deliberate.

He also gives Rubinstein's reply - 59 ... b4 - a "?", suggesting ... d5 instead. I had initially thought that the Kasparov analysis led to Black saving the game, but in fact it just adds up to a more complicated win.

Note to self: read the source material more closely before doing another Christmas quiz. 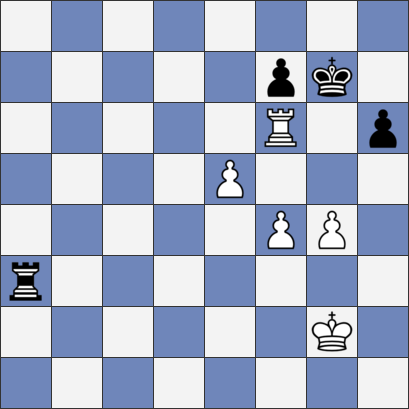 
Capablanca-Yates, Hastings 1930/31, Nikolic-Ftacnik 1997 and possibly Arkell-JMGB 2013 had I chosen to transpose into a 4v3 pawns on the same side endgame (instead of blundering the game away in one move) in Penarth last summer. From what I read - and there's no shortage of books that mention this position - I gather that Yates could have improved his defence against Capa and 1 Rd6 is an improvement over 1 Rb8 because White can then block checks from the side. 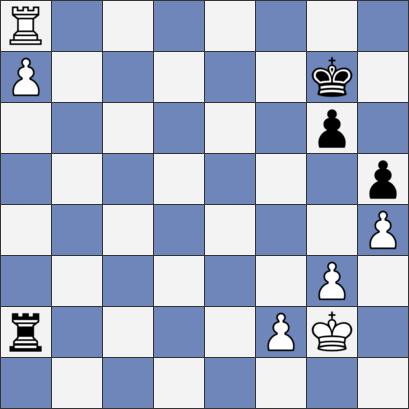 
And finally for today we have Aronian-Morozevich, Mexico City 2007, but put White's king on g1 and we get a position that appears in Emms' Survival Guide to Rook Endings  which was published nearly a decade earlier.

White, a FIDE Master, had just played a7 with an air of confidence, and after some deliberation Black resigned! When I asked the white player what his winning plan would have been, he shrugged his shoulders and motioned his king in the direction of the queenside!
... I remember at the time thinking that White could in fact win, but only by sacrificing two pawns to obtain a passed f-pawn. After some more study I realized that even this fails against correct defence.


Amazingly, although a pawn down on both sides of the board, Black saves the game with correct play. Even more amazing: as complex this position is, in essence it boils down to a simple tactic known to every schoolchild  in Newham.


Rook and pawn Index
Posted by Jonathan B at 8:00 am