In the good old days even the elite GMs mostly stuck to one side of the board or the other.  1 e4 or 1 d4, that was the question. I’m not sure exactly when it happened - perhaps Leko adopting some queen’s pawn openings in 2003 marks the turning point - but some time between now and the turn of  century things changed. 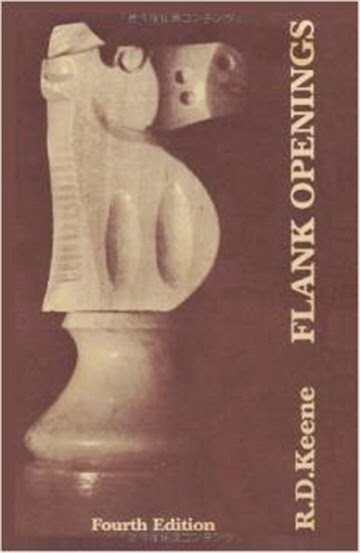 For today I’m pretending that this doesn’t exist

What about us, though? Ordinary club and tournament chessers. We tend to stick to one or the other. Sure, there are the guys who like the Flank Openings, but broadly speaking* we tend to be either king’s pawn or queen’s pawn. Even those of us who - like me - often start 1 Nf3.


My question is not why. It’s fairly obvious why.

Being ready for everything as White would be a massive task. I’m not entirely convinced that it would impact on the results of our games that much actually. It certainly feels like it would, though, and that’s reason enough to stick to one or the other.

No, my question is not why but how. How we come to make the choices that we do.

I play 1 Nf3 and 1 d4 now because I like it that way. Why did I start playing it though? Why did I stick with it. Was it arbitrary? Chance? Honestly, I don’t know.

When I switched from 1 e4 the motivation was lack of desire to take on the various branches of the Sicilian. Today we might add the Petroff or Berlin as reasons to make the change. There’s certainly a tonne of theory for all of those, but more so than the KID, Grunfeld, Nimzo-Indian? The argument doesn’t seem convincing.

So 1 e4 or 1 d4. Which are you? More importantly, how did you end up that way? Answers other than habit are particularly welcome.

* although not entirely. The S&BCB arts correspondent did once utterly batter my French Defence after switching from his customary opening move.

Well I switched from 1 e4 twenty-one years ago for the reasons given here.

Maybe because you are a closet admirer of Keene?

I’m 1.d4 because of careers advice.

Actually, that’s a bit of a stretch but I remember being about to graduate, having no idea what I wanted to do, and thinking speaking to a careers adviser might be an idea. I can’t remember the rest of the advice, but seeing I was a chesser the adviser told me he was “A Queen’s Gambit Man” since, on the rare occasions he played he could “trot out a dozen or so moves without having to think”.

I started life with 1.e4 as basically that’s what you did as a kid. I briefly experimented as a student with 1.d4 (probably because it felt more sophisticated) before reverting to 1.e4 (I got hold of a copy of M60MG).

However, that sage guidance lingered, and once I had to earn a living and start to play after a hard day’s work, I decided to switch. That and the realisation I was more temperamentally suited to queen pawn openings, although it took me a couple of years to make the transition, via an indeterminate 1.Nf3 phase.

I’m thinking of switching back – now the thought of a quick hack one way or the other rather than nursing a miniscule opening advantage all night has its attractions. However, the thought of having to relearn some opening theory terrifies me.

When I was a teenager, I played the French with black. After a few years of playing in leagues and congresses, I realised I was struggling against the Tarrasch. When I looked back I found that I had lost 31 consecutive games against it, so decided to give up the French.
Having just bought a book on the Tarrasch and being an impoverished student, I decided I would give it a go as white and started playing 1.e4 instead of the Kings Indian Attack. I have been playing it for the 30 years since then (with the occasional Reti/English to broaden my horizons).

Shallow and silly reasons for being a 1 e4 player since my schooldays, barring a few deviations for fun or from desperation:

1) I never knew what to do in QGD positions, and was scared of defending the White side of a KID.

2) In King's pawn openings I always thought you could aim a bishop at f7 or h7 and throw some knights at the opponent's kingside until something broke.

3) I had a copy of Fischer's Memorable 60, and was unduly impressed by one of the annotations: "I have never opened with the queen's pawn - on principle".

4) I have been too lazy to change ever since. More seriously: were I to try and take up the English or something like a Torre, I find the positions unfamiliar, even if they are objectively better for White than the messes I get into after combining e2-e4, f2-f4 and Nb1-c3 in some order.

I'm with 1. e4 - was taught it as a kid and have always liked the resulting positions (though I am struggling against the Sicilian at the moment).