For us lesser mortals, not destined for chess superstardom or, as in my case, anything remotely like it, chess has to take its place in among competing compulsions. Writing a novel might be one: David Hodgson, the genial secretary of neighbouring Crystal Palace CC has just self-published his first - Can I Touch Your Face? 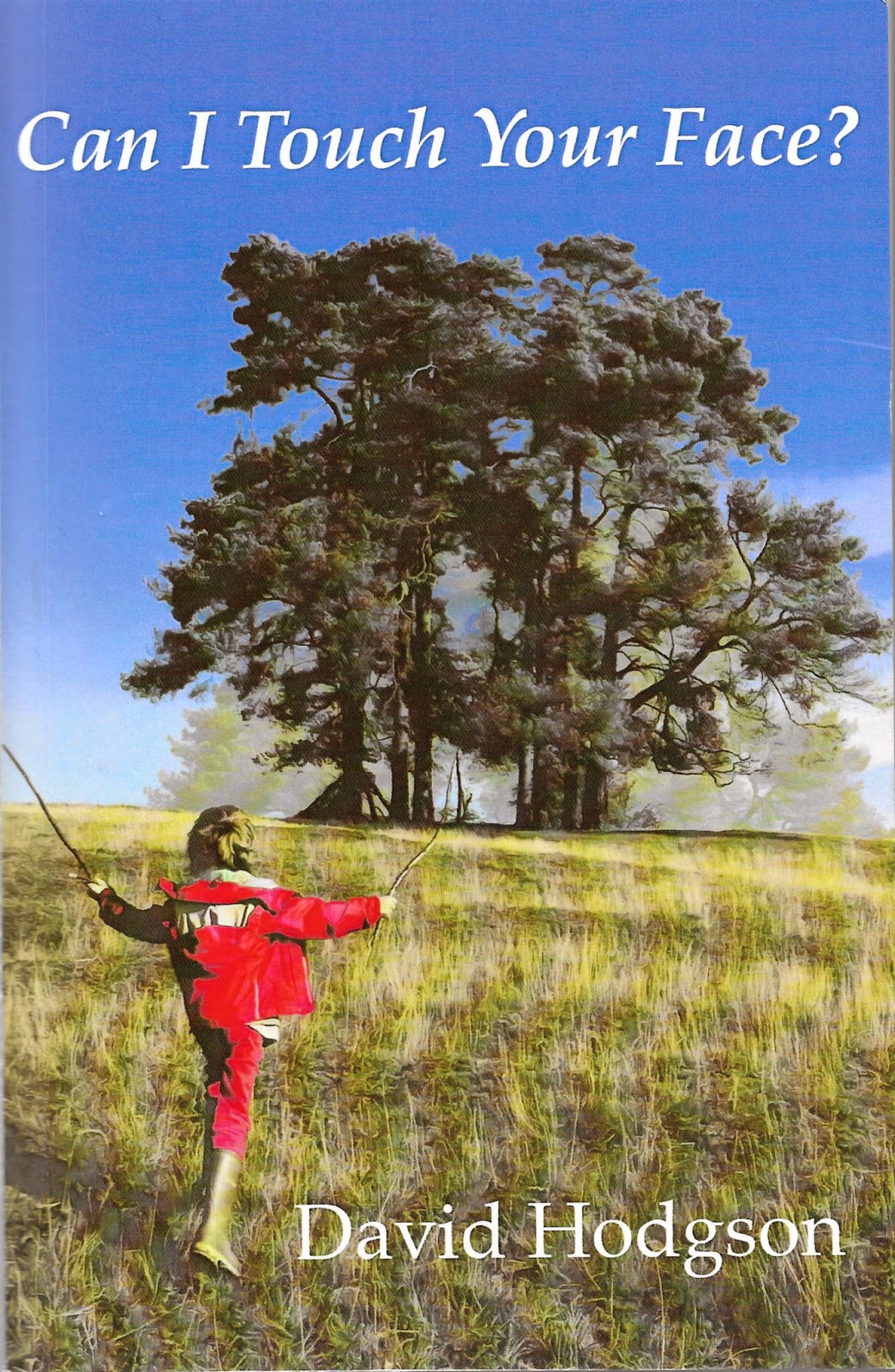 I bought a copy (details of how you can get yours at the end) and grabbed the chance to blog about our local chess-playing novelist, for which David generously spared his time to answer a few questions. Chess has a small part in his plot (it first appears on page 144), and that's where we start.


David was himself a late chess learner, not playing "properly" until he was 22. In 1958 he joined Hampstead Chess Club playing in the London League for their second team. Their first team had Jonathan Penrose on board one, he says, with ten current or former English internationals to follow. David "eventually reached the dizzy heights of 167" in his late twenties. Then after marriage and a move back south of the river he joined Crystal Palace in 1972 swapping "the warm comfortable rooms of Burgh house in Hampstead...for a freezing church hall...it was so cold you had to play wearing an overcoat and gloves" - we've all been there. He became Secretary in 1982, and in 2001 took over as Secretary/Treasurer/Results Officer of the Croydon League until 2009 when "it was obvious that new people were needed to try to take the league forward".

Chess isn't the main theme of his novel; but I enjoyed reading it anyway. Especially delicious was the naughty pleasure to be had as one misfortune after another dumped on the insufferable male protagonist - I hoped he would never wheedle his way out unscathed (you'll have to read it to find out); and I would endorse the comment on the back cover (from a local book-club): "Can't put down - gripping. Book well-structured - wanted to know what happened next all the time". You are not disappointed. Something always does!

It may be a first novel, but its plot is finely crafted - and when you discover David's profession you understand why: he was an award winning TV programme maker, on a wide range of subjects "from current affairs to greyhound racing and even one on love poetry".  This experience, he says, helped him hit on the unusual format for telling the story of Can I Touch Your Face?: it has two alternating perspectives on the same events - both in the first-person - they report the dialogue making the action, and they lay bare the main characters' interior reflections. These two interlocking accounts, from Alice and Seb - heroine and anti-hero perhaps - whose relationship, on/off, hot/cold, is the spine of the plot, are extremely well-crafted: you are constantly changing ends to capture the tension in the drama. The construction is a credit to David's skill, although I feel that here and there, where the principals are given to nuanced ruminations on their reciprocal motives - perceptively written and fascinating as they are - the momentum stalls. To my ear people only talk like that in novels - but perhaps that's just how I hear things.

Although the action is voiced through two adults, there is another character central to the novel but who, perhaps significantly, doesn't talk directly to us - he is only heard though the other two. His apparent adversity, and his exceptional talents, provide the pivot around which the plot (and Alice and Seb) turns. Piers is an exceptional child, in more ways than one - and this gives the novel its special resonance for chess players - especially when you learn that David made a film about the eleven-year old Nigel Short back in 1980 as one of a series on exceptional children. So David witnessed the tenacity Nigel's father had shown - to get him into a chess club for example - and such persistence and commitment, in various guises, is written into the novel. The film, by the way, was well-reviewed by Joan Bakewell in The Times but, as far as David remembers, it didn't get much reaction from the chess community.

David also made another TV series, fund-raising for children with disabilities (winning him a UNICEF prize and two Prix Jeunesse), from which he says "significant and profound" things from people's lives emerged which we should not lose sight of. Unfortunately television, David reflects, is "essentially a greedy, all-consuming, medium, and time and new technology means that it moves on very quickly to new things". But such experiences are the stuff of novels, and so, in "a human and involving way", should be preserved: hence his idea of a book to give them life.

A first novel it may be, but it is not David's first foray into the written word. Some 35 years before, just after his mother died, he discovered a cache of letters home from his much older brother Bob who had sadly perished in 1943 flying bombers in WW2. The letters "painted a vivid picture of what it was like to train and fly missions over Germany" - they were the basis for a slim volume Letters from a Bomber Pilot. 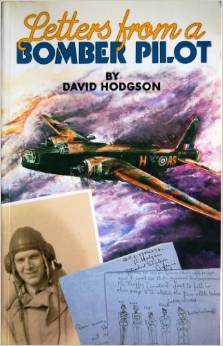 It was published in 1985, as a tie-in to a film in which Bob was played by Hugh Laurie in his first major role. Here is one summary:


"The men who flew in Bomber Command were mostly in their late teens and early twenties. The loss therefore, was heightened by a sense of the dreadful waste of young lives, of much-loved sons coming to their maturity only to be destroyed before their proper time...The significance of Bob Hodgson's story is that he was unique, just like each one of the others who died." (quotes from here).

Having just read Bomber Pilot I can certainly agree with the above: it is an evocative testament to the courage and fortitude of David's brother - and his comrades, family, and so many more...David's research, narrative and editing does them proud; not flinching either from pertinent questions about the efficacy of allied bombing strategy and its cost in airmen's lives.

You could say that Bomber Pilot anticipates Can I Touch Your Face? as it, too, gives the reader a window into the personal thoughts and feelings of the characters, real in this instance, as they deal with the hopes, challenges, and tragedies thrown at them by circumstance. The dilemma faced by Bea, Bob's girl friend, torn by conflicting emotions, is as compelling as any fictional plot line: he had fallen for her, and she probably with him, but she was already engaged to Harry who was by then a POW in the Middle East. In this time of war, did she follow her heart, or her sense of duty?

Films, documentaries, historical commentary, a novel: an impressive, and thought-provoking, body of work by our local chess-playing novelist.

Copies of Can I Touch Your Face? can be obtained from David (£7.99 paperback plus £3.00 p&p) via david.hodgson30@ btinternet.com.  It is also stocked by the following bookshops in southeast London: the Dulwich Bookshop; Kirkdale Books, Sydenham; and The Beckenham Bookshop.

Can I Touch Your Face? Berforts Publishing (2014)
Letters from a Bomber Pilot Methuen Publishing Ltd (1985)

For more on the history of the Croydon Chess League see here and here.