Confused? You will be.


We'll get on to why there are two separate forums as shortly as possible, but first we'll get the soap opera out of the way. Carl, who runs the (busy, popular) English Chess Forum was barred from the (almost moribund) English Chess Federation forum for reasons that in their specifics were unclear, but which appeared to involve making "sarcastic comments" that pissed off the ECF's Commercial Director and which were apparently designed to undermine not just the forum but the ECF itself.

CEO Phil Ehr proceeded to claim that Carl had failed to abide by the forum's "terms of use", though further enquiries as to how he had done so had, at time of writing, escaped the burden of a response - as had requests to back up an additional claim, to wit that Carl had registered, on the board, under more than one name.

Me neither, at least in so far as I'm not registered with the ECF (or "official", or "practically unused") forum and purely from that point of view, what appears, does not appear or is not allowed to appear on it is of microscopic interest to me. I do note however that as it's run by the ECF, an organisation to which I belong and pay a subscription. Hence the people who take decisions about it are working on my behalf, a relationship wrarely reflected in the actions or outlook of ECF Board members. It also strikes me, as an action, as manifestly ludicrous and ludicrously petty - as well as a waste of time on a number of levels, one of which is the existence of the "official" forum itself.

Why, you may not care enough to wonder, is there an official, hardly-used ECF chess forum which resembles in format if not in traffic an English chess forum that predates it? Well apparently, among other convoluted reasons, because somebody on the ECF Board considered the existing forum "toxic", an opinion which has been attributed to (don't laugh) "Strategic Advisor" Chris Fegan although Fegan himself denies using the term. Anyway the Board thought they'd set up a forum of their own, with the intention of superseding the existing one - a move behind which the, ah, Strategic Advisor was apparently the driving force.

Which is all fine and dandy, except that as it turns out, hardly anybody uses the official forum, because hardly anybody thinks its existence is worthwhile. The old one is quite well used though.

It's also disturbing that a few sarcastic remarks on a forum can be described as an attempt to undermine the ECF. That, I think, is the sort of comment that tells you far more about the person who makes it than the person about whom it is made - and what it tells you about them is nothing good.

At this point I'd like to take a detour via the ECF President, Dominic Lawson, and a foolish article he wrote in New In Chess last year that I critiqued in this blog in December.

If you refresh your memories, they'll remind you that Lawson had discovered an existential threat to chess civilisation, which threat consisted of public access to computer assessments of games in master tournaments. As a result, "kibitzing on chess websites" (that's chess people, on the internet, i.e. you and me) was becoming "ugly - and stupid".

On inspection Lawson's evidence turned out to consist of one whole poster on chessgames.com who had made a disrespctful remark about Magnus Carlsen, a remarkably slender thread on which to hang an argument. It was an argument of such silliness that it wouldn't be worth returning to, were it not for my catching the recent John Nunn programme on the wireless in which Dr Nunn said this about the development of chess computers:


But otherwise it's just a change. And in a way, it helps, because for example people can watch games on the internet now, from tournaments all over the world, live, and with the computer backing them up they can have an evaluation of the position so they know what's going on: it's like having a continuous commentary, expert commentary, on the game, so from the point of view of chess publicity and the general chess public, computers have in fact helped quite a lot.

Yes, quite, indeed, obviously: computers are enablers, they are enormously helpful to the chessplaying public and they have enormous potential in making it possible for the general, non-playing public to follow the game. They're not - in that role - any kind of threat, very much the opposite - unless conjuring up threats to civilisation out of nothing is your stock-in-trade.


I mean, if somebody says something stupid about Magnus Carlsen, so what? Why does it matter? Why does it matter if a thousand people do it? Does it make any difference to how well he plays, does it change the esteem in which most chess people hold that play?

Does it make any difference if somebody makes a few sarcastic asides on an online forum? Obviously not. Does that constitute an attempt to undermine the organisation which runs that forum? Obviously not. (At the very least, an organisation which thinks it can't withstand that degree of assault is surely doomed by its own assessment of its own robustness.)

These things don't matter. There are things about online communication which matter - hate speech and harrassment for example - but neither of those are an issue here. Nor do you have to have a high opinion of public discussion, be it online or otherwise. 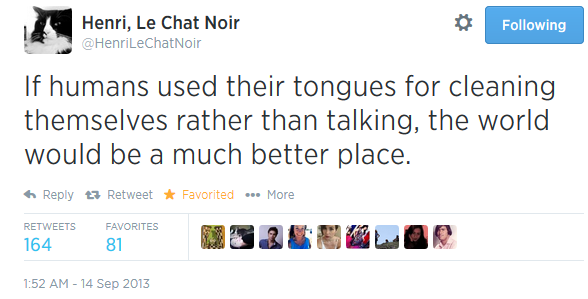 "Toxic". What a gorgeous word to use. And what a window it is, on the mind of somebody who would use it to describe the discourse of the people they are supposed to represent.

Then again, this little soap opera, this petty and ludicrous nonsense, is a similar window, helping to explain why people would expend time, money and energy on setting up a forum that practically nobody wanted and practically nobody uses. Because they were motivated by the fear of somebody saying something and they wanted to have the means to prevent it: they wanted a place for "serious Chess discussions" which must be "protected from those who will undermine it". (God, the pomposity.)

Well, I am not a member of that forum and given that I am one of those people for whom sarcasm is less a rhetorical device and more a way of life, that was probably a good decision on my part.

But really, what a circus. What a circus, when we have "Strategic Advisors" (heh) and CEOs who will happily spend a lot of money on pointless forums, and expend large amounts of energy over somebody accused of the heinous crime of sarcasm, but cannot take the very small amount of time required to explain, for instance, why the ECF apparently donated a thousand pounds to a tournament prize fund which consisted only of seven hundred and fifty.
Posted by ejh at 7:55 am

If they have banned Carl from talking on their forum, then I think that is a suitable matter for an EGM to be held.
-theblueweasel-

Yes as you say it is all about online communication. Which is a problem, as the ECF don't seem to have the technical knowhow to keep the official site running. It is not just the official forum that is frequently out of service but other services on the same site, duch as the grading database. Needless to say, the old unofficial forum is run in a professional manner and there is very rarely any unplanned downtime.

how many arbiters on the board?
is it 6 out of 8 ?
they all work for 4ncl
conflicted ?

Well maybe, but there's a reasonable argument which says that in such a small world as English chess there's bound to be conflicts of interests all time. (Though at the same time, this doesn't mean those conflicts dodn't exist.)

Board members who are arbiters or other backroom staff at the 4NCL:

The other seven Board members may or may not do arbiting elsewhere.