As the English Chess Federation holds its AGM on Saturday, this might be an appropriate time to ruminate on the long service given to that organisation by David Anderton, as president, national team captain, FIDE DElegate, long-term pro bono legal adviser and so on. A tribute from Stewart Reuben is here and I am sure readers would echo his sentiments. His services will undoubtedly be missed.

I am surprised that Stewart has forgotten the actions performed by Anderton after the financial fiasco of the 1986 world championship match: as the classic account reminds us

and according to Mohammed Amin's recollection: 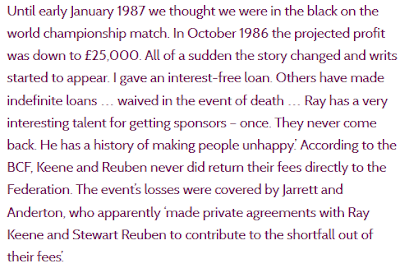 Anderton's long stint as England team captain was unfortunately marred by the controversy surrounding Ray's grandmaster norm at the Nice Olympiad, a fine achievement but one made at the expense of both the team and his colleague William Hartston, who was obliged to ruin his own norm chances by playing, in Michael Stean's words, "a string of difficult games on board one" so that Ray could "rest", i.e. avoid playing at all in case he put his own norm at risk.

Those final rounds at Nice 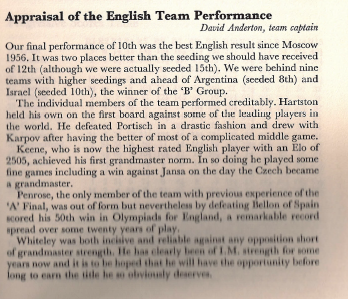 but the Kingpin piece comments:


Keene and Anderton emerge from this episode equally tainted, as self-serving manipulator and acquiescent accomplice


roles they would reprise 11 years later in the Miles affair

which is probably the controversy for which Anderton is best known.

No need to go through it all again here, but not as often seen as the Kingpin and Sunday Times pieces is the correspondence in CHESS from June and July 1991, involving Anderton, Keene, Miles, the Sunday Times journalist Nick Pitt and some tart editorial comments at the end. 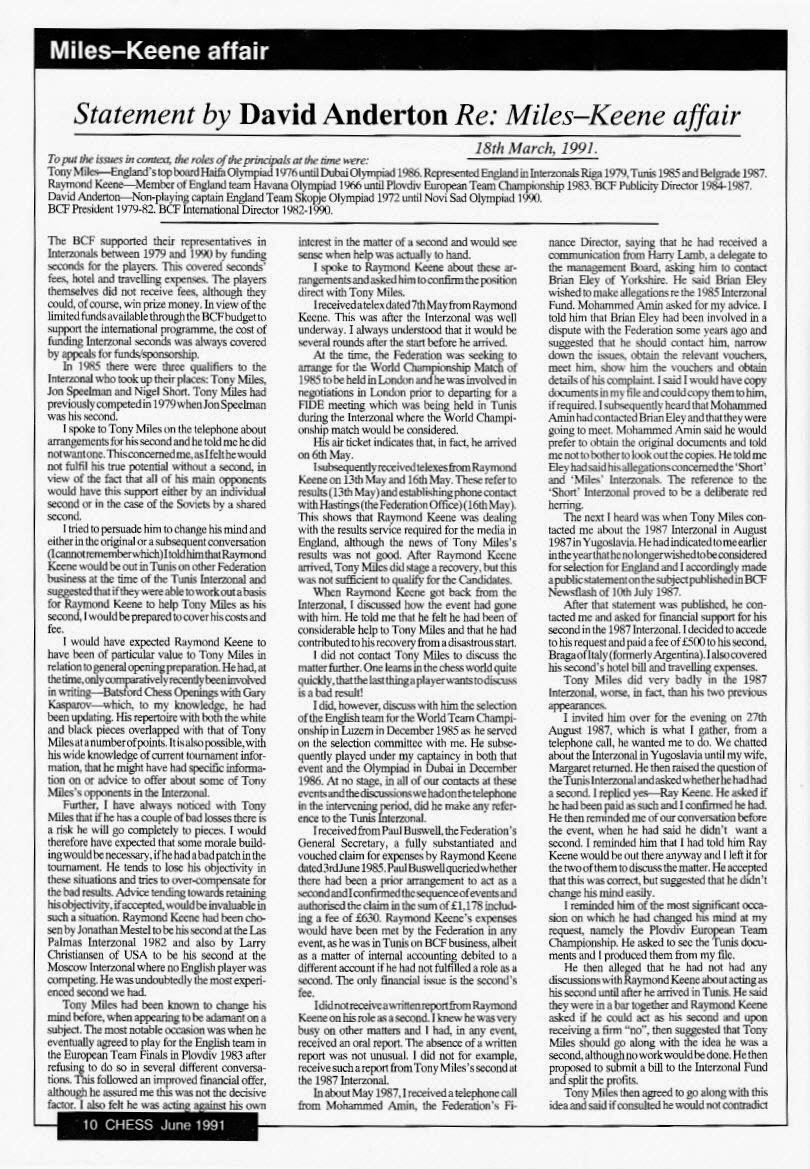 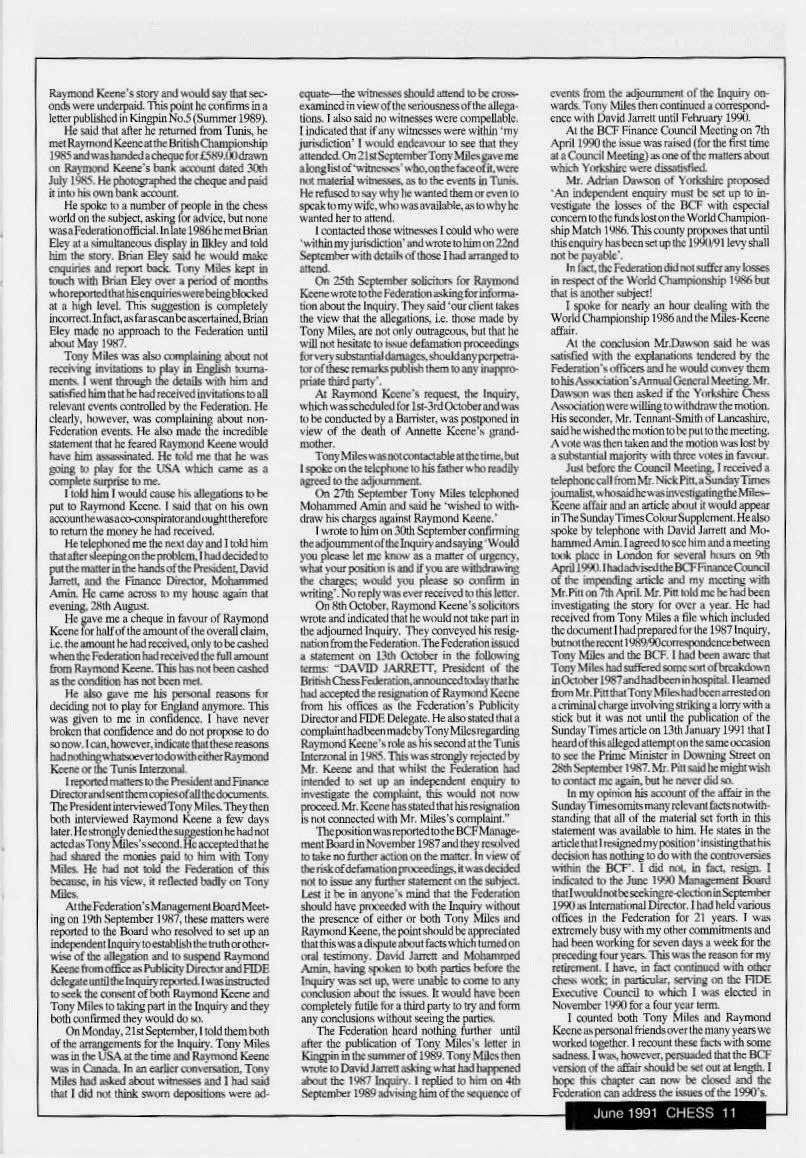 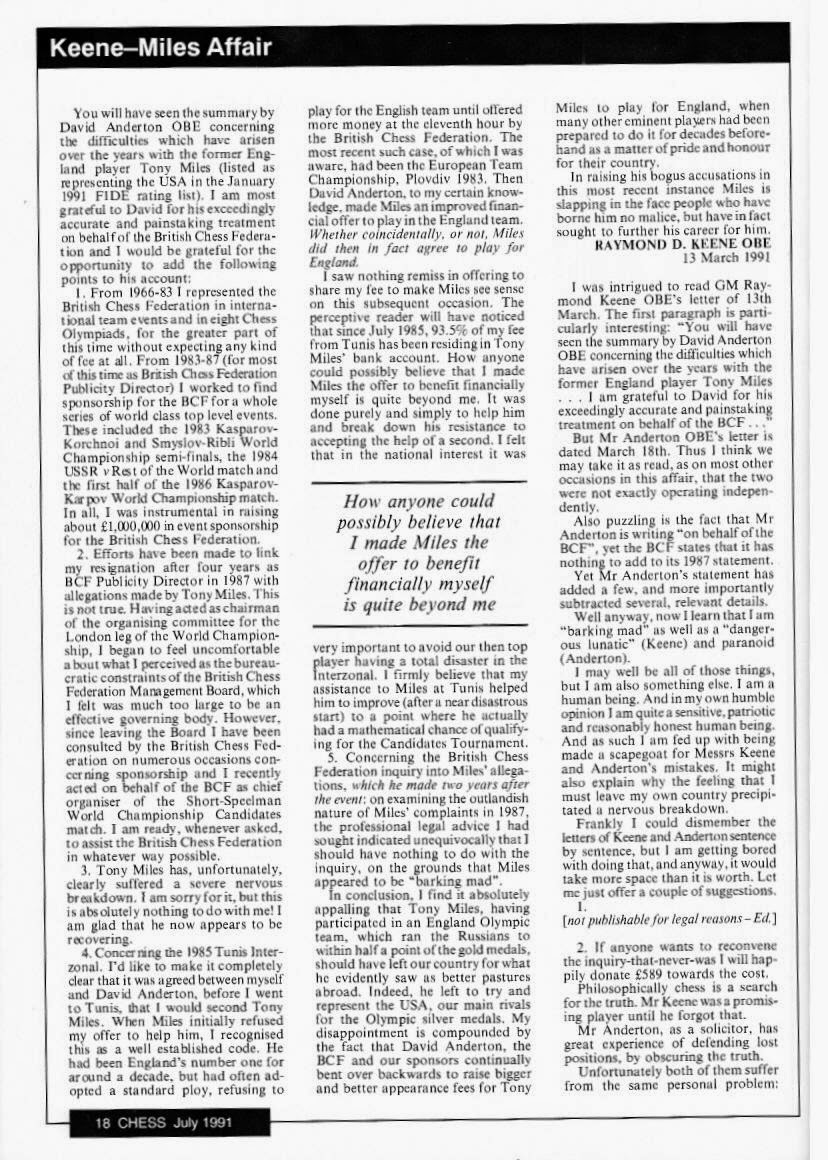 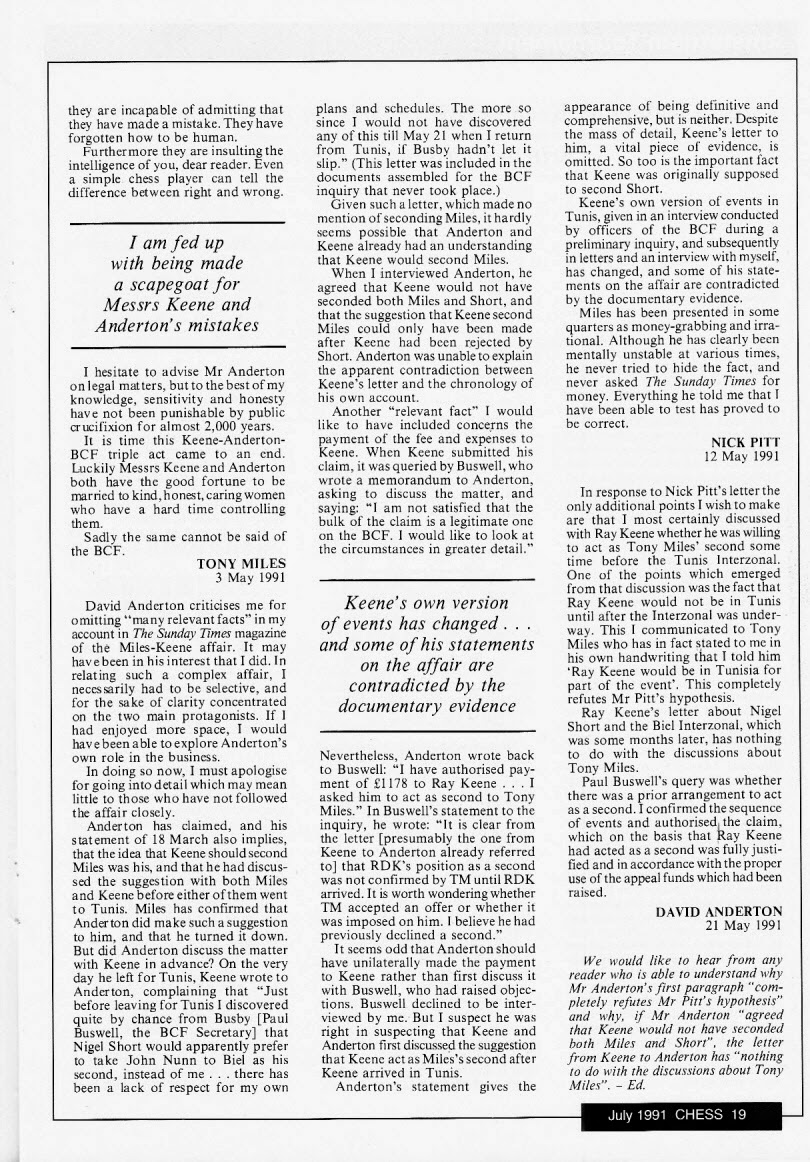 A lot of pro bono work, for sure. A lot of freely-given service. All this is to David Anderton's credit and there's a lot of it.

And there's a lot that isn't to his credit, too.