The Library with Two Brains

I've been looking up Ray's books, for one reason or another, on the British Library Integrated Catalogue. There's a lot of them, as you might imagine: as you might not imagine, though, the Library's list appears to be very far from complete.

The current total - and one that is rising all the time - of the chess books Ray has authored stands at, if Ray is to be believed, 140, yet there are far fewer entries than that for Keene, Raymond D. I locate 113, not all of which include him as an author and not all of which are about chess. In the latter category, for instance, we find books like The age heresy : you can achieve more, not less, as you get older, written by Tony Buzan and Raymond Keene. Maybe you can, Ray, maybe you can. Especially if you redefine what you mean by "achieve".

Moreover, that 113 doesn't mean that 113 separate titles are listed, since sometimes separate editions have been received, and catalogued separately. One notices, for instance, five different entries for An Opening Repertoire For The Attacking Club Player, which as I recall is four more than the number of times I played its recommendations. 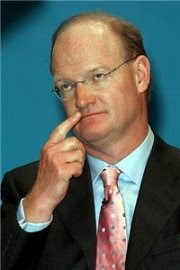 Of course this is terribly disappointing, especially for the would-be bibliographer, or anybody wishing to test Ray's thesis that his 140-book total constitutes a world record. Best, perhaps, not to contact Guinness yet. But it's more than disappointing - it's surprising that the library's records are so incomplete, since the whole point of the British Library is to be complete. This is why the concept of Legal Deposit was created and why it still exists, stating, as it does:

Publishers and distributors in the United Kingdom and the Republic of Ireland have a legal obligation to send one copy of each of their publications to the Legal Deposit Office of the British Library within one month of publication. 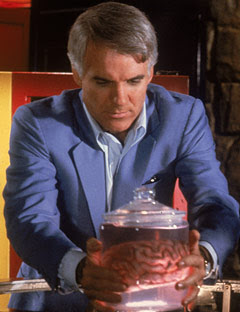 Perhaps there's a backlog: I've worked as a library cataloguer and I wouldn't be at all surprised. It would have to be a backlog, though, in line for a Guinness world record entry in itself, since as far as I can see - with a couple of exceptions, which I shall get to later - no item is listed, giving Ray as an author, since 1999. This was a Batsford reissue of Aron Nimzowitsch: A Reappraisal, the same publisher having issued the next-most-recent entry, the 1998 Learn from The Grandmasters, of which Ray was the editor.

So Batsford sent these volumes some time before the twentieth century expired - and since then, effectively, there's been nothing. Is there a ten-year backlog in Cataloguing at St Pancras? Or has there just a ten-year hiatus in supply? 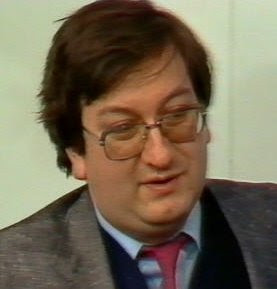 It seems, unless I am mistaken, that since at least 2000, Ray's books have no longer been sent, as the law requires, to the British Library. As it happens, this period would roughly correspond with the period in which Ray's books have been issued by his friends and by himself: through Hardinge Simpole and through Impala.

You know, you'd think somebody so proud of his world record output would want to be sure that every book he'd written was preserved in the British Library, for inspection and posterity. You'd also think a man - a businessman, indeed - as respectable as Ray would want to be sure his companies adhered to long-established and uncontroversial law. Or perhaps Ray, despite a forty-year career as writer and publisher, is unaware of the law as regards legal deposit. Just as he is apparently unaware of the law as regards unauthorised copying.

Or maybe he just forgot. He often does. 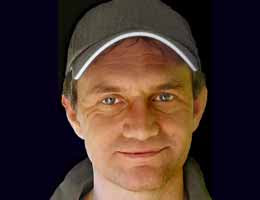 But what of those exceptions? One of them is the 2005 Buzan's Book of Mental World Records, of which Ray is listed as an author, after the aforementioned Tony Buzan. But that book was published by D&B Publishing, whose adherence to the law of legal deposit is perhaps a little more rigorous than certain other companies' - or perhaps they have somebody with a better memory in charge.

At any rate, it was the same company, D&B, who published the only other item held by the British Library, and published this millennium, of which Ray is listed an author.

It's by Ray Keene and Byron Jacobs: the title is Two Brains.

Can I politely suggest that you start a separate blog on which to continue your vendetta against Raymond Keene? I think that about covers my thoughts on the topic.

You may sir. But as I see no value in your suggestion, it will be equally politely declined.

I wonder whether Richie doesn't have a point, though...

First let me say that I have no interest in defending Keene: for sure many of his books are poor, various instances of plagiarism seem pretty clear-cut, and as for more serious stuff - well I don't care to research these things myself, but my inclination is to believe the worst.

Further, this blog is one of my favourites - amusing, thought-provoking, instructive; pretty much all the good stuff. Would that there were more like it.

When I see that there's a new Ray post, I confess that my heart sinks ever so slightly. Whether you're re-hashing ancient disputes or offering new accusations (about which only a librarian could care!) ... I don't know, it's just not as good as the other stuff that you and the team write.

There is more than a slight flavour of obsession here; most of us are able to play and enjoy our chess without fear that Ray Keene is going to rob us, or copy our ideas - or write about us without telling the British Library.

The case against Keene is surely well-known by now (and, on the whole, uncontroversial). It's rather as though you're writing posts accusing Uri Geller of lying about the metal-bending. You may be right, but didn't we know that in 1978?

I've seen you suggest elsewhere - apologies for any misrepresentation - that the chess world's complicity in allowing Keene to get away with it is an interesting topic. I fancy that that might be a piece that I'd be interested to read.

(P.S. Like Richie, I've no intention of commenting further on this subject).

I think the answer is something like this: if Ray wasn't allowed to get away with what he gets away, I'd have no interest in writing about him. If, for instance, he'd been removed from the Spectator after the disgraceful Winter-copying affair, that would have been that. But he wasn't.

So yes, this is very true:

We* did: and here we are, thirty-one years on, and Ray is still doing the same things...and he still has his defenders. Who still use much the same defences, which amount to "he brings money into chess so we'll ignore everything else" - and so the problem still remains. These defenders make my heart sink, I can tell you.

I find this troubling, and you're quite right about the complcity of the chess world (or, rather, part of it) which is indeed a topic of interest and one which I'll pursue. But while things remain as they are - well, there's an elephant in the room, if I may be excused for using the cliché, and the elephant can't really be ignored.

One thing, though. When you write this:

about which only a librarian could care!

do you really mean that? I mean firstly, do you think that flouting the law over a ten-year period is something about which only a librarian could care? And secondly, do you really think that the British Library only exists so that librarians can look after it? It exists for the public, who use it in substantial numbers (go there, and you'll see) for all sorts of reasons. But for it to operate properly as a source of information and research, it needs publishers to adhere the law so that books - even Ray's - are there when they are needed. Many, many writers, researchers and members of the general public will tell you this. It matters.

[* Where "we" means the chess world, or that portion of it that gives a stuff, anyway. I personally didn't know about Ray until about 1991. Which is another thing - just because you know, and I know....doesn't mean everybody knows.]

And Uri Geller is still at it:
http://site.uri-geller.com/gellerspoon

I too think it's not 'only' librarians who should care whether leading UK chess publishers disobey UK publishing law, unwittingly or otherwise. And as is certainly fitting to the blogosphere, ejh brings the question sharply and wittily into focus. Finally, a sneak preview of tomorrow's post: Ray himself has sent us something to feature on the blog.